It’s that time of the year again when those looking for a new smartphone will be torn between deciding which of Samsung’s flagship phones they should spend their money on. For many, the choice will be between the Galaxy Note 10+, which was just announced alongside the Galaxy Note 10, and the Galaxy S10+. There’s no doubt that the Galaxy S10+ will see plenty of discounts now that the Note 10+ has arrived to take up the mantle of the most feature-packed Galaxy flagship, making it an attractive purchase, but is there something the new Note offers that could justify spending a couple hundred extra dollars?

For those who don’t like to read too much and quickly want to know why they should buy the Galaxy Note 10+, let us lay it out in one sentence: If you want the S Pen stylus, a bigger screen, a bigger battery with faster charging, more internal storage and RAM, and don’t mind the $100 markup over the Galaxy S10+’s non-discounted price tag of $999, the Note 10+ (which costs $1099) is for you.

Need more details on what makes the Galaxy Note 10+ better or why you should buy the S10+ instead? Well, let’s dive right into it.

Why get the Galaxy Note 10+

First off, you get a bigger screen without a sizable increase in the overall dimensions – a 6.8-inch screen on the Note 10+ vs a 6.4-inch panel on the S10+. In terms of display quality, both should be the same, which is to say both are amazing displays with no rivals. The Note 10+ also has its front camera cutout in the center and has only one of them, making for a more balanced design, if you care about that sort of thing. 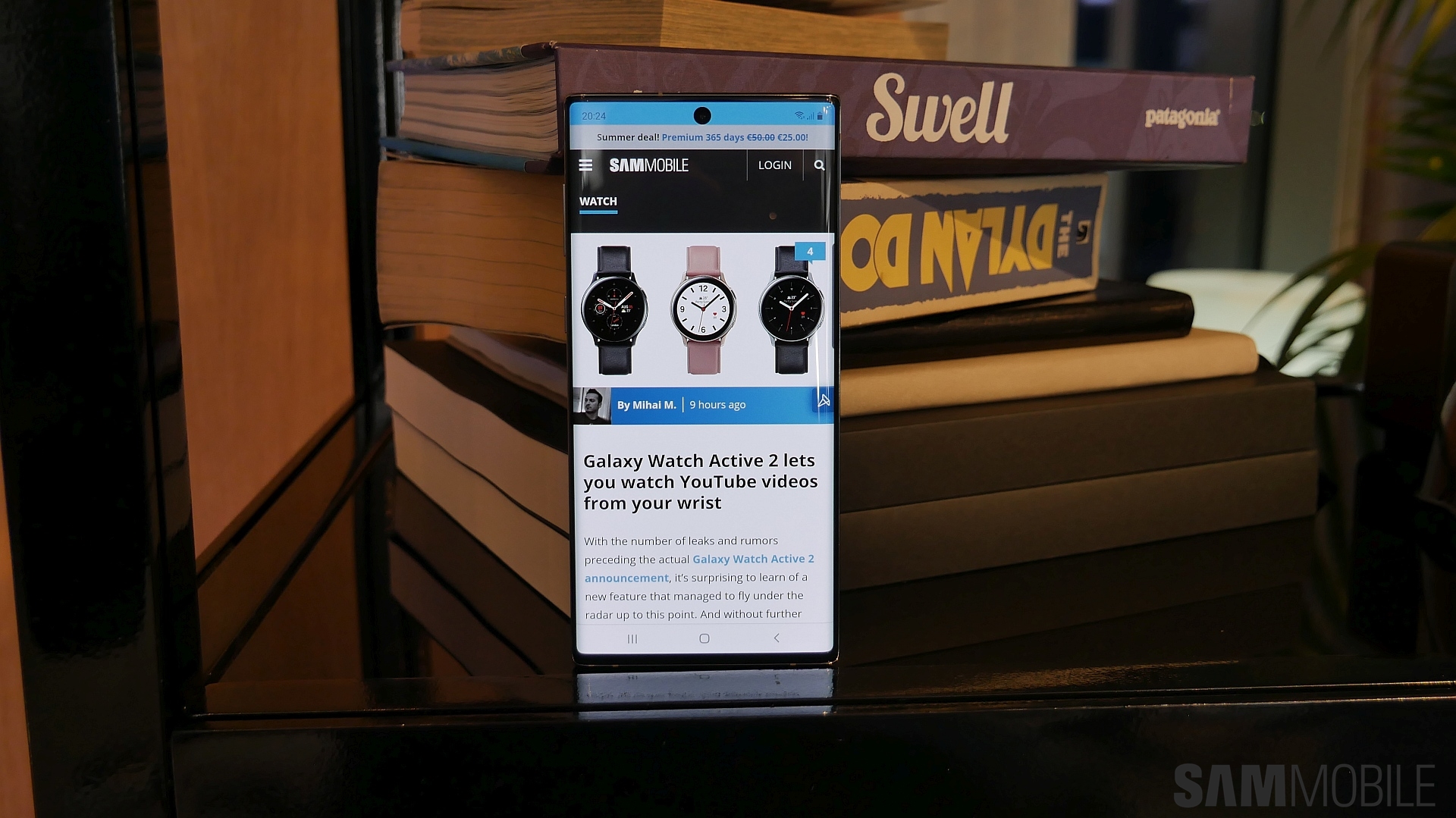 Then there’s the processor that powers these devices. If you’re in the US or China, the S10+ and Note 10+ are the same: Both are powered by the Snapdragon 855 processor. However, for everyone else, the Note 10+ has an advantage: It is powered by the Exynos 9825 chipset, which is a 7nm chip that should be more power efficient than the 8nm Exynos 9820 on the Galaxy S10+. Combine that with the bigger battery on the Note 10+ (4,300 mAh vs the S10+’s 4,100 mAh battery) and the former’s support for up to 45W charging (the S10+ maxes out at 15W), the Note is the device to get if you care about battery endurance.

The Note 10+ also gets you more RAM and storage out of the box. It has 12GB of RAM and 256GB of (expandable) storage on the base variant, and if you throw in another $100, you get 512GB of storage. The Galaxy S10+ has 12GB of RAM and 1TB storage for a similar price, but what it doesn’t have is the new UFS 3.0 storage found on the Note 10+. UFS 3.0 storage is nearly twice as fast as UFS 2.1 that’s used on the S10+, so you’ll theoretically get better performance in storage-intensive tasks, like saving Super Slow-mo videos or installing big games and apps on the Note 10+.

Next up is the S Pen, and, well, the Galaxy Note 10+ has one and the Galaxy S10+ doesn’t. That should be enough of a reason to choose the former – the S Pen not only lets you doodle and take quick notes with higher precision than what you could achieve with your fingers, but it also has remote control functionality that makes it very useful. You can take pictures in the camera by tapping the S Pen button, add doodles to videos in real-time by drawing over a subject in the camera app, control PowerPoint presentations, and more. The S Pen puts the Note lineup apart from every other Android device in the market, not just the Galaxy S10+ or other non-Note Galaxies.

There are three reasons we can offer for why you want want to get the Galaxy S10+, and two are related to each other. First is the headphone jack. The Note 10+ has none, and if you really can’t make do without one and don’t want to carry a dongle around, the Galaxy S10+ is a solid purchase. It offers many of the same features and is quite close to the Note 10+ even when considering the Note’s improvements. It’s got a similar rear camera setup, similar performance, a big battery (albeit with a slightly less efficient processor if you buy the Exynos variant), and a display that’s as good in quality and, at 6.4 inches, is still plenty big for you to enjoy all kinds on content. 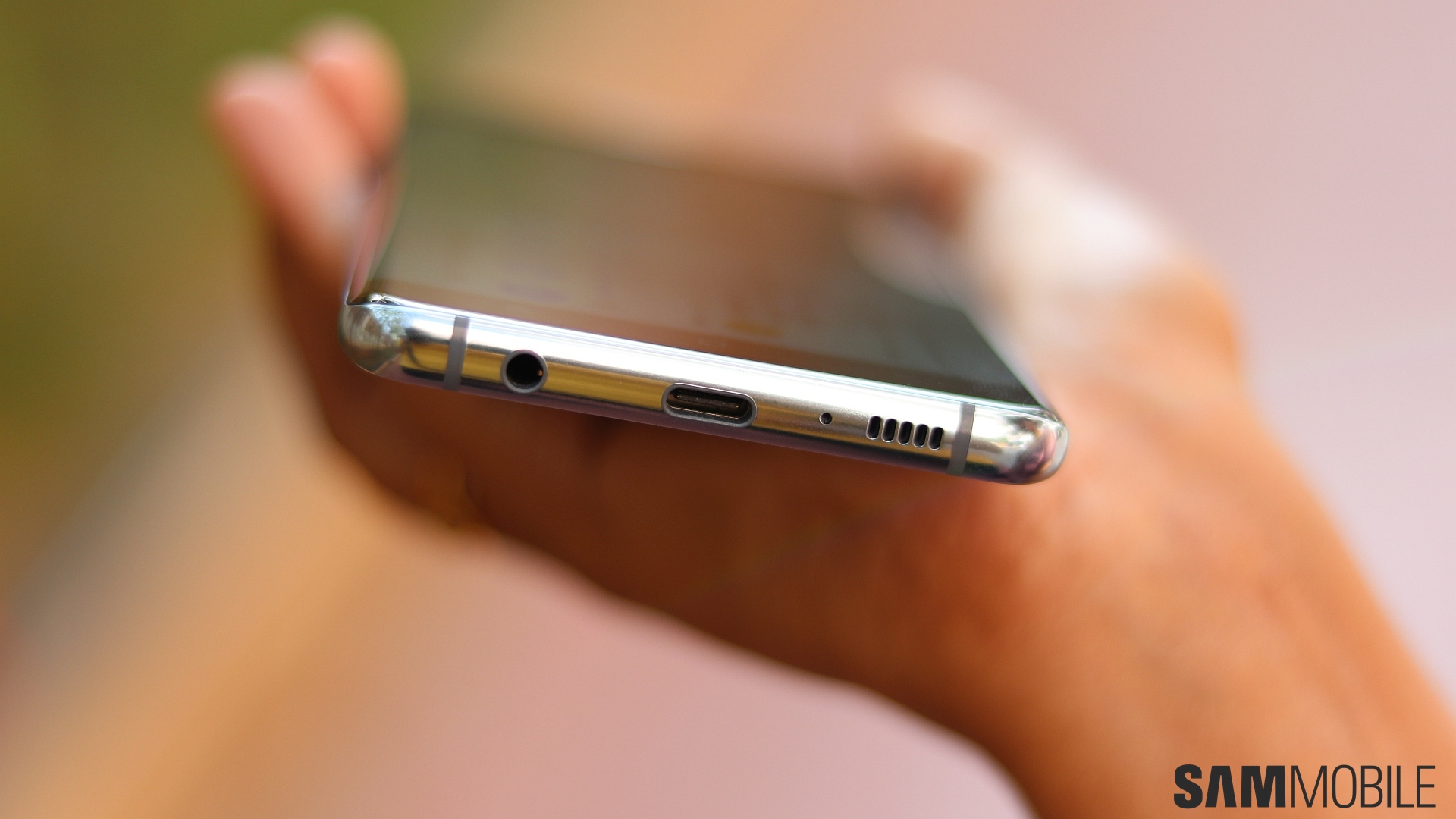 The other reason is pricing. The Galaxy S10+ retails for $999 while the Note 10+ is priced at $1099, but if you read through the “Why get the Galaxy Note 10+” section above, you have likely understood that the Note 10+ gives you a lot in return for those hundred extra bucks. So, once again, it boils down to how important the headphone jack is for you. If you really must have a headphone jack, the S10+ is what you should choose, especially if you can find a good deal that further reduces its price.

The final reason is screen size/dimensions. The Note 10+ isn’t that much larger than the Galaxy S10+ despite having a 6.8-inch screen, but if you prefer a design as compact as possible, the S10+ will better fit the bill. As we said earlier, the 6.4-inch screen on the S10+ is plenty big for enjoying all kinds of content, and you’re not missing out on anything as far as display quality is concerned. There is the wider pill-shaped front camera cutout on the S10+, but believe us when we say you won’t really notice that cutout after a few weeks of using the phone.

It’s simple: If you want the best and latest that Samsung has to offer, want the S Pen stylus, and don’t mind the headphone jack or higher price tag, you can get the Galaxy Note 10+ with your eyes closed. If the S Pen doesn’t excite you, you should still get the Note 10+ because of all the other awesome features it provides. If you would rather have the headphone jack, the Galaxy S10+ is where it’s at. It’s also the winner if you really cannot afford the additional $100 the Note 10+ commands or if you find a deal that knocks another $100 or so off the final price tag.

More news »
US Galaxy S10, Note 10 update brings best Galaxy S20 features By Mihai M.|3 days ago
How much is the Samsung Galaxy S10 now and is it worth it in 2020? By Mihai M.|6 days ago
Galaxy Note 10, Galaxy S10 phones to get GPU driver updates soon By Asif S.|1 week ago
Galaxy S10 and Note 10 update with Galaxy S20 features out now! By Asif S.|2 weeks ago
SamMobile TVMore »
Opinions More »
Samsung fans have had it with the company’s Exynos processors
4 days ago