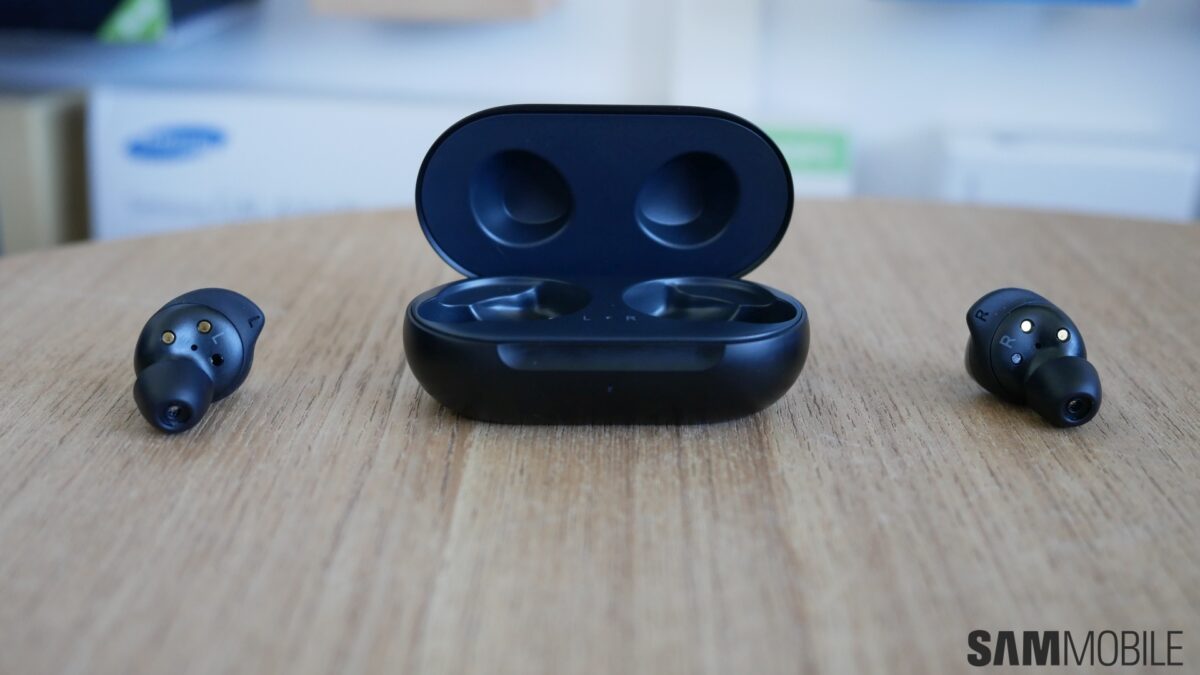 A bunch of new screenshots pertaining to the Galaxy Buds+ Android app has emerged via Twitter today, along with new bits of information regarding some of the wearable’s new (and existing) features. The Galaxy Buds+ will have better Spotify integration and this feature has now been visualized in a GIF (tweet embedded below). In addition, the Galaxy Buds+ feature a new Game Mode.

The ongoing Galaxy Buds already offer some level of integration with Spotify, in that users can pause, play, and skip songs through the touchpad. The Galaxy Buds+ will apparently introduce an additional touch gesture that will allow users to launch Spotify by pressing and holding the touchpad.

Check out the tweet embedded below for the GIF, but disregard any information about the LED light, as it seems to be erroneous. The LED already exists on the Galaxy Buds whereby users can check the battery level of the charging case itself, not the Buds. There’s no apparent reason why the external LED would show the Buds+ battery level, given that there already exists an LED dedicated to this function.

Galaxy Buds+ to have a dedicated Game Mode

The Galaxy Buds+ will reportedly introduce a new Game Mode, but it’s not entirely clear what it entails. Samsung’s Game Launcher already prevents distractions to let players focus on gameplay, so perhaps the Galaxy Buds+’ Game Mode is a dedicated equalizer for gaming. Better yet, perhaps it’s a true Game Mode for other smartphone brands and devices that don’t have a dedicated game launcher. The company is already making the Buds+ a more viable option for iPhone users.

Lastly, it’s worth noting that the leaked image gallery depicting the Galaxy Buds+ Android app makes no mention of active noise canceling, lending even more weight to our previous exclusive report on the matter. Ambient Sound will be available, but it is not a brand new feature.

The Galaxy Buds+ should be officially unveiled next week on February 11 along with the Galaxy S20 series and the exciting Galaxy Z Flip clamshell smartphone.