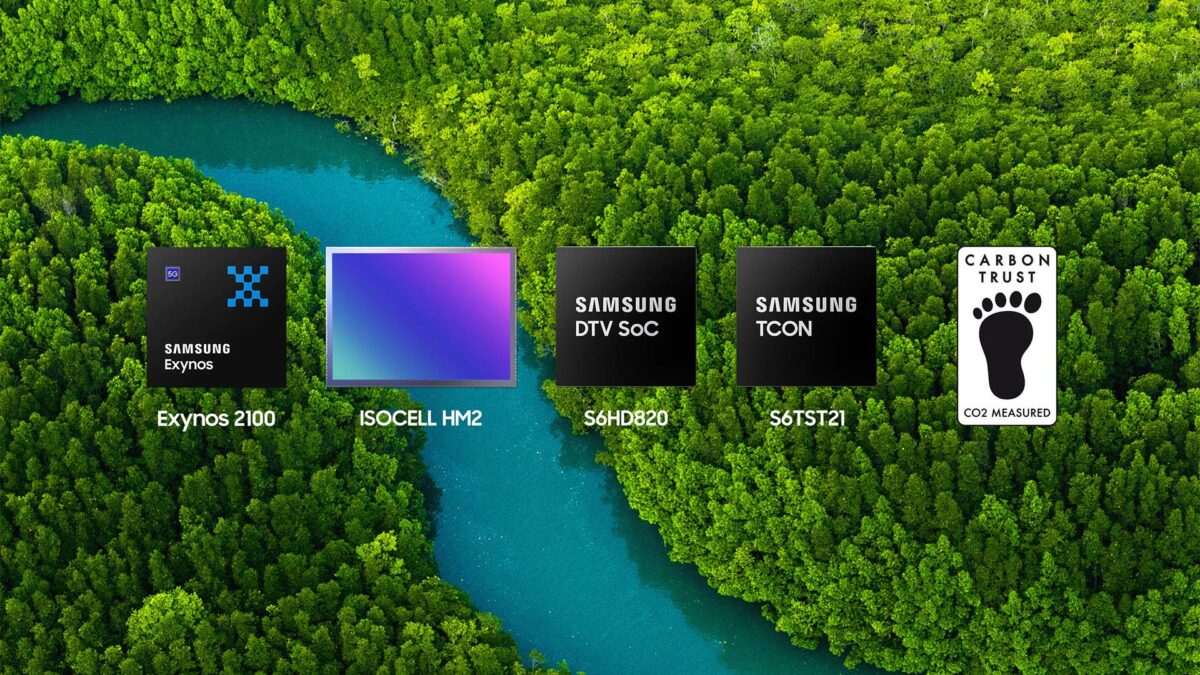 Four chipsets from System LSI—Exynos 2100, ISOCELL HP1, DTV S6HD820, and TCON S6TST21—have received the CO2 Measured certification. It shows consumers that the company’s chips had little to no negative impact on the environment as per globally recognized specifications (PAS 2050). It also helps Samsung as it can use the certification as a benchmark to measure future carbon reductions.

Measuring a chip’s carbon footprint requires extensive effort and a lot of time. It includes calculating carbon emitted from fabricating raw materials to manufacture those chips to transporting the end product. It also takes into account the electricity, gas, and water required to manufacture the product.

The Exynos 2100 is Samsung’s current flagship smartphone processor, and it is made using the industry-leading 5nm process. The ISOCELL HP1 is the South Korean firm’s flagship camera sensor, and it was recently unveiled. The DTV S6HD820 is a chipset used in smart TVs, and its NPU upscales low-resolution images to a higher resolution. The TCON S6TST21 takes signals from the DTV S6HD820 and converts them as per the requirements of the display driver.

Hugh Jones, Managing Director at the Carbon Trust Advisory, said, “We’re pleased to have worked with Samsung on this step in its sustainability journey. The Carbon Trust’s Carbon Measured certification is a clear and credible indicator for consumers that the carbon footprint of these products have been independently verified, as well as a baseline for Samsung to compare against as they work towards reducing their emissions in the future.”