Exynos 1200, the chipset Samsung won’t give you, gets benchmarked

Samsung’s pretty good at making chipsets for mobile devices. The vast majority of its Exynos chipsets are used in its own devices. However, some third-party manufacturers have started utilizing Exynos silicon in their devices.

The company has been working on one such chipset that you might not find on any Samsung phone. We’ve talked about the Exynos 1200 previously and now this elusive chipset has just been benchmarked.

Exynos 1200 isn’t coming to a Samsung phone near you

The Exynos 1200 is going to be the successor to the Exynos 1080. Samsung didn’t really cut any corners with the Exynos 1080. It was a top-notch chip in its segment with high-end specs. However, you won’t find any Samsung Galaxy phone that uses the Exynos 1080. You’ll find it inside high-end smartphones from Chinese manufacturer Vivo instead.

We might see a similar fate for the Exynos 1200, in that it may not be used for any Samsung Galaxy phones. Samsung might just be supplying it to third-party OEMs. This is a crucial part of Samsung’s chip business so it’s hardly surprising to see the Exynos 1200 being reserved for other manufacturers.

The Exynos 1200 has surfaced on Geekbench where it has posted decent single-core and multi-core scores of 759 and 1878 respectively. Boasting ARM v8 cores, it also has a Mali-G68 GPU. Previous rumors had suggested that it may one of the multiple new chipsets that Samsung will ship with AMD graphics but that no longer appears to be the case.

No word as yet on when Samsung might formally announce the Exynos 1200. The Exynos 1080 was announced on October 14 last year so perhaps its successor will be made official around the same time this year. 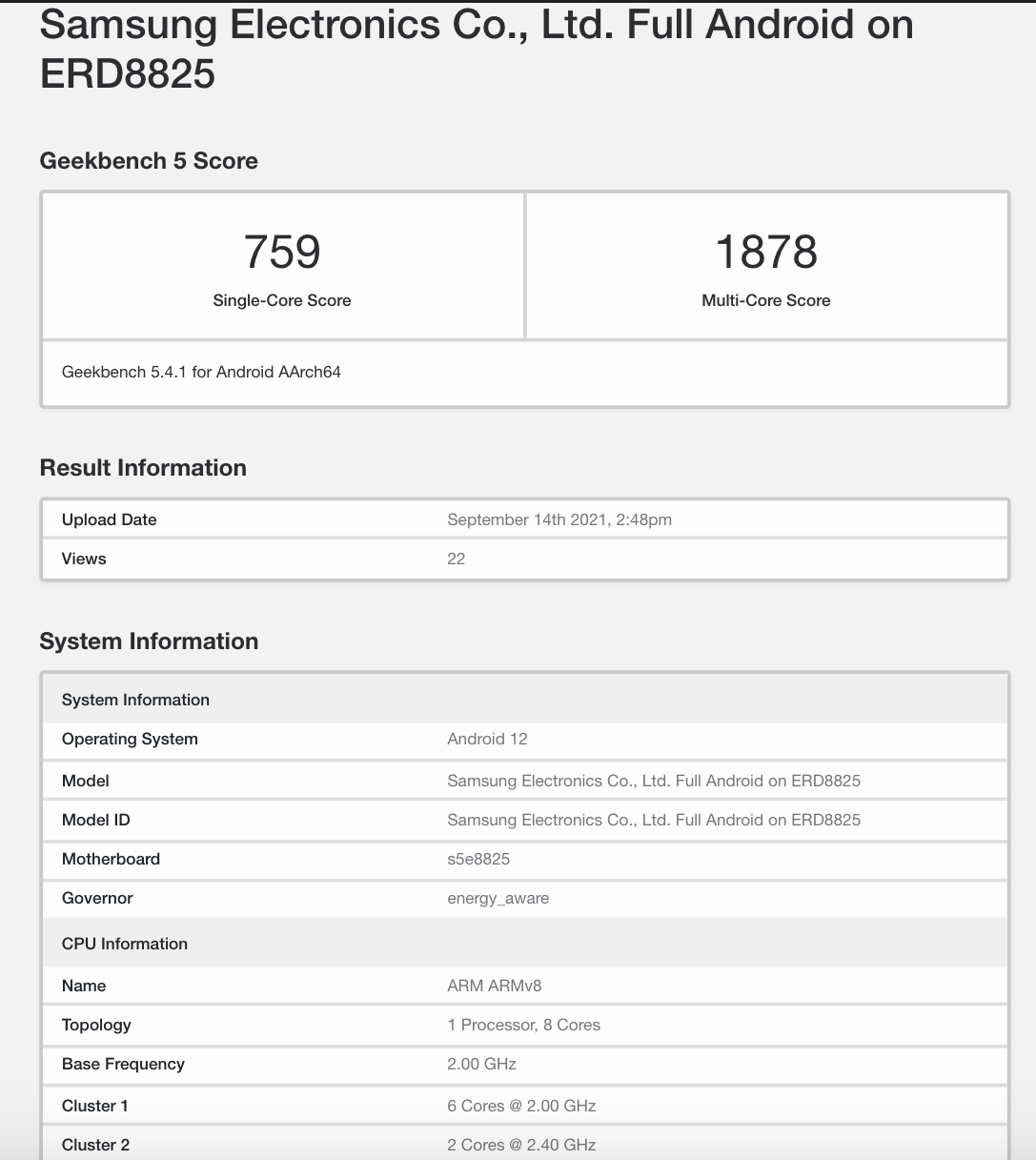