T-Mobile has become the first US carrier to release the June security update for the Galaxy S9 and Galaxy S9+. An update with software version G960USQS5CSEA and G965USQS5CSEA is now rolling out to the S9 and S9+ respectively, and it brings only the latest security fixes. Yes, that means the update does not include a Night mode for the camera app, unlike the June security update that was released for the Exynos model of the Galaxy S9 in some countries.

It shouldn’t come as a surprise that the new Galaxy S9 update is a basic one with just security enhancements. It could be a long while before Galaxy S9 owners in the US get the dedicated camera Night mode, as North American carriers haven’t even pushed out the new Galaxy S10 camera features yet. However, it was only with the May security update that Galaxy S10 owners around the globe received the new camera features, so it’s possible T-Mobile and other carriers will bundle those in the June update for the Galaxy S10 lineup.

Galaxy S9 and S9+ owners on the T-Mobile network should be able to download the update over the air from the Settings » Software update menu. If it isn’t immediately available for you, simply try again in a little while as it can take some time for an update to reach everyone. Unwilling to wait? Grab the new update by downloading the firmware from our database and flash it manually on your phone using a Windows PC. 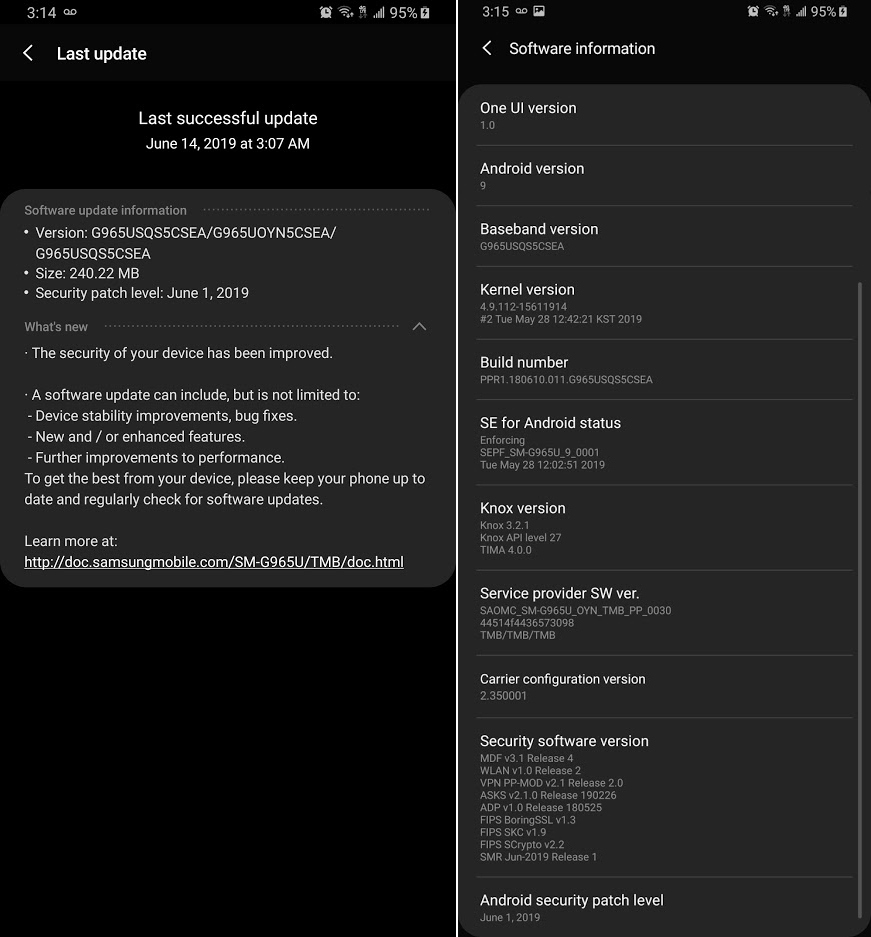