Samsung will soon launch a new affordable rugged smartphone called the Galaxy XCover 4s, details of which have been leaked along with press renders by WinFuture.de. The Galaxy XCover 4s recently picked up some important certifications on its road to an official launch, and some European retailers may begin selling it as soon as June 12, with a price tag of 250 euros.

Like previous Xcover phones, the XCover 4s will have a rubber coating for enhanced grip and impact resistance that meets MIL-STD 810G standards for ruggedness, making it safe from falls from a height of 120 centimeters. It also has IP68 water and dust resistance, same as Samsung’s flagship phones, along with a dedicated physical ‘XCover key’ that can be assigned to launch any app or function — like the camera or the phone’s flashlight — with a single press. 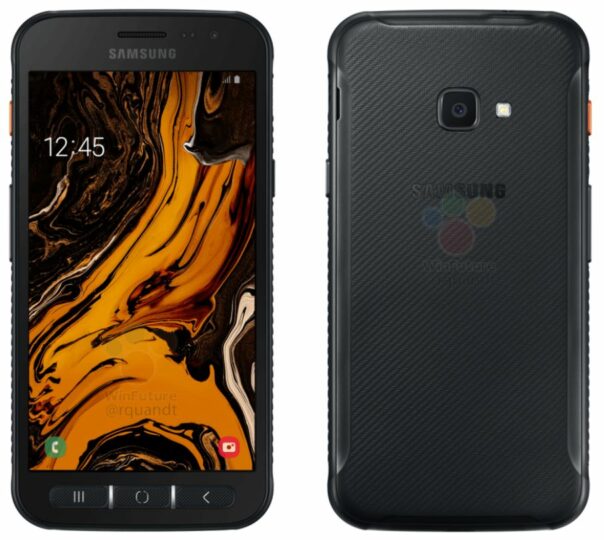 A rugged, water resistant phone with a removable battery

As for the specs, the XCover 4s is a very humble package, sporting a traditional 5-inch 720p display, Exynos 7885 SoC, 3GB of RAM, and 32GB of expandable storage. There’s a 16-megapixel F1.7 rear camera and a 5-megapixel front camera for selfies. A 2,800 mAh battery will keep the lights on; the battery is removable, which is a rare sight in general these days and even rarer for water resistant phones. The XCover 4s runs Android Pie out of the box, weighs 172 grams, and is 9.7 mm thick.

Would you be interested in the Galaxy XCover 4s if it launches in your country?