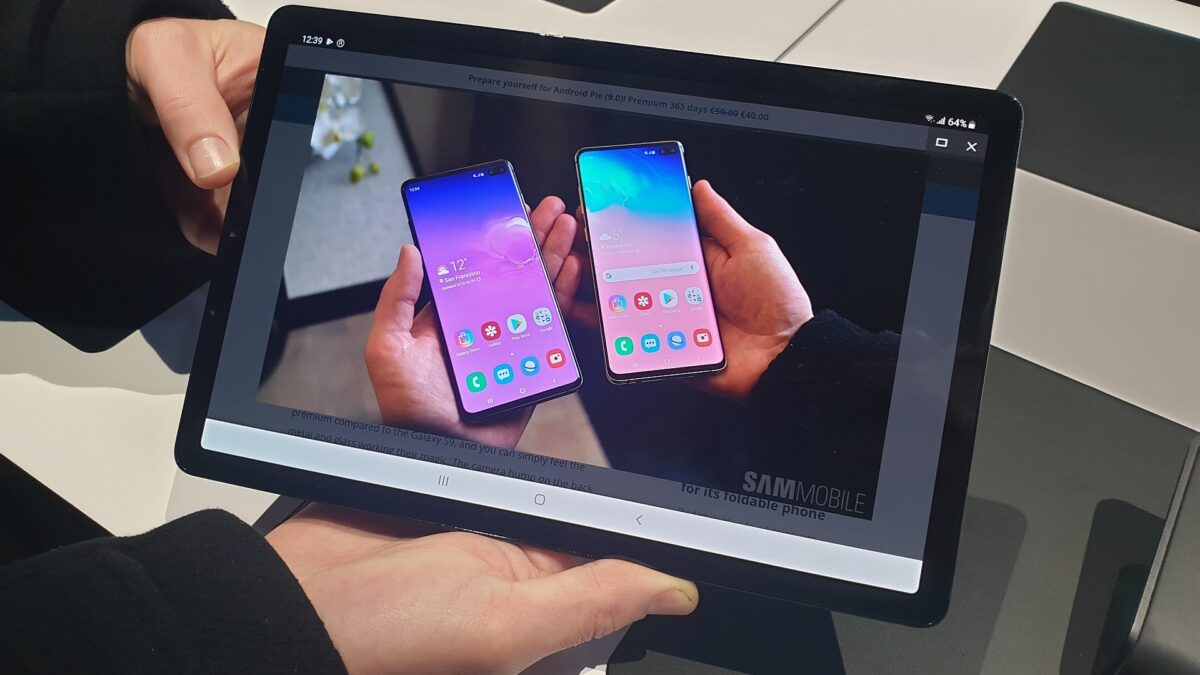 Samsung’s next generation of high-end tablets might take a significant leap forward, as model numbers SM-T860 and SM-T865 surface. These might belong to the yet-to-be-unveiled Galaxy Tab S5, though this cannot be confirmed at present.

Since Samsung unveiled the Galaxy Tab S5e, many have wondered what happened to the ‘regular’ Tab S5. While we still do not know if and when a tablet with that name will finally hit the market, new information does shed light on Samsung’s next-gen high-end tablet line-up.

According to information received by GalaxyClub, Samsung is working on tablets with model numbers SM-T860 and SM-T865. Previous flagship devices in Samsung’s Tab S series have traditionally carried SM-T8xx model numbers. No further details are mentioned, nor is it known if the new tablets will come with their own S Pen stylus.

A significant overhaul in the works?

There is, however, one further detail that arouses curiosity. The first-generation of Samsung’s AMOLED-tablets, the Galaxy Tab S, carried model code SM-T80x. The Tab S2 was the SM-T81x, the Tab S3 came under the SM-T82x guise, and just last year saw the release of the Galaxy Tab S4, also known as the SM-T83x.

The new tablets’ model codes present a significant jump in Samsung’s numbering scheme. We’d love to speculate that this could signify a noteworthy overhaul of the otherwise stale tablet series. However, this idea should be taken with several grains of salt, at least until more tangible information surfaces.

Let’s hope for a launch this summer, alongside the Galaxy Note 10, for example. This would mirror last year’s schedule that saw the next Note arrive more or less together with the next Tab S. After all, although Samsung has launched several affordable tablets this year, a truly high-end slate is still missing from the 2019 portfolio.

Samsung is working on a sequel to the Galaxy Tab S4, as it had been revealed a month ago. Expected to be the Galaxy Tab S5, the LTE version of the upcoming tablet (SM-T865) has shown up on the Geekbench benchmark database, revealing a couple of specs in the process. And it looks like the […]

According to a tip we have received, Samsung’s next high-end tablet with come with 128GB of internal storage on the base model. The Galaxy Note 9 was the first Galaxy flagship that didn’t come in a 64GB flavor, starting at 128GB and jumping straight to 512GB for the higher-end variant. The Galaxy S10 trio were […]