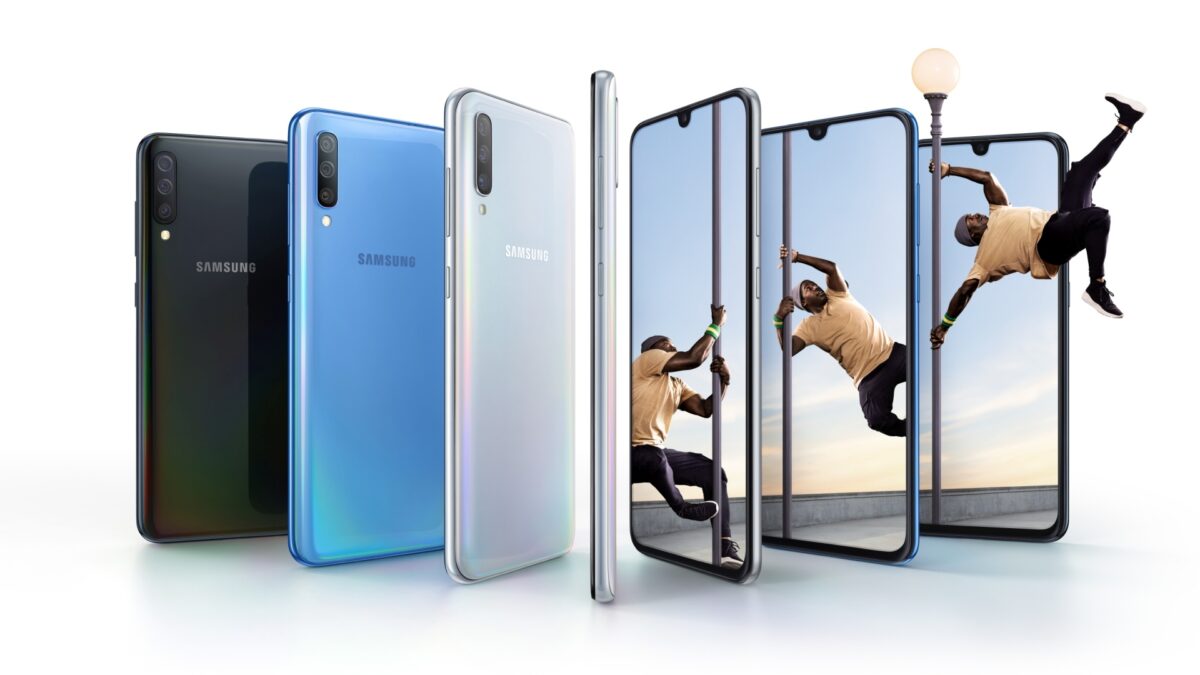 Samsung announced the Galaxy A70, the fourth new Galaxy A 2019 smartphone, this week. The Galaxy A70 is the largest of the four phones thanks to its 6.7-inch display, and it also has the biggest battery and supports super fast charging that’s faster than the Galaxy S10’s. Its cameras, meanwhile, feature the highest megapixel count of any Galaxy phone. And it also gets the Galaxy A50’s in-display fingerprint sensor and comes with Android Pie out of the box, so there’s a lot it has going for it.

How does the Galaxy A70 compare to the Galaxy A50 and other 2019 A series devices that Samsung has launched this year? You’ll have to wait for our review for the nitty-gritty, but in the meantime, we have thrown together a table to show you how the Galaxy A70 specs compare to those of the Galaxy A30 and Galaxy A50. We decided to leave the Galaxy A10 out since it’s a very basic device, and some of the A70 specs (like the processor type) aren’t completely known at this point, but more details should show up as we near Samsung’s April 10 event for the handset’s worldwide launch.

For more info on these phones, check out our devices section.