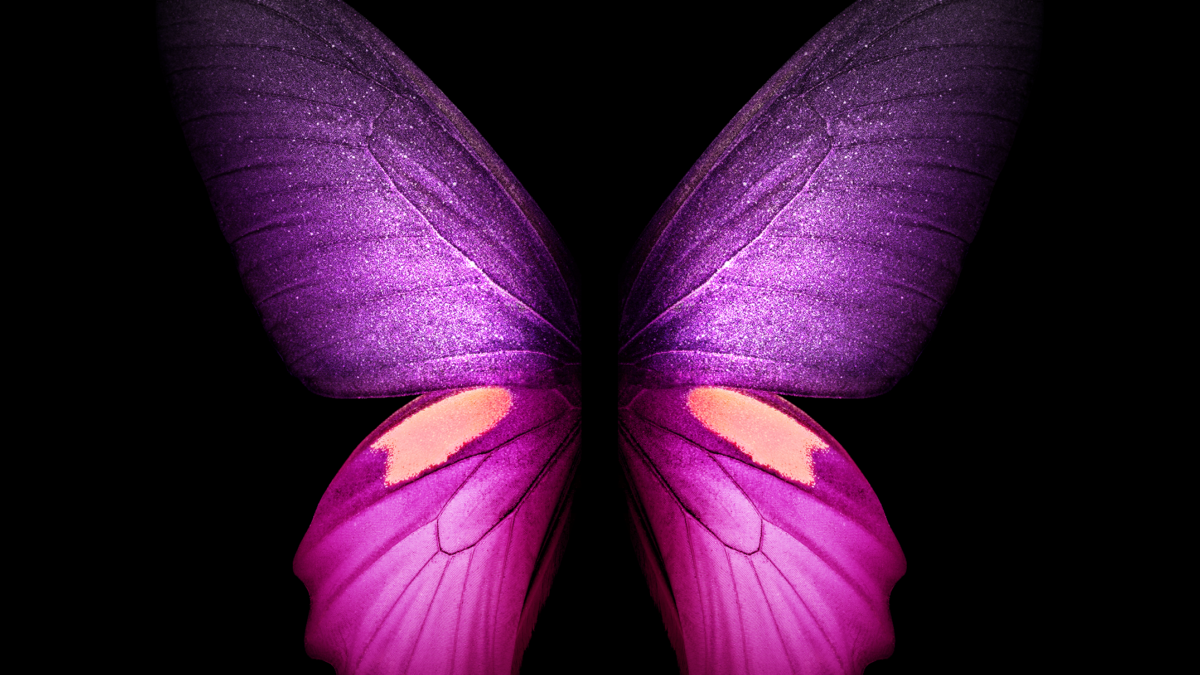 We’ve unearthed the first wave of Live Wallpapers bundled on the Galaxy Fold, Samsung’s first foldable smartphone. There are four in total, all depicting a butterfly that’s been animated to flap its wings when the handset is unfolded into a tablet. Each also comes with an accompanying static background, which is used when the device is stowed in its standard smartphone form.

Here they are without the animation (you can download them from our Wallpaper Database):

And here they are animated:

To download one of the Galaxy Fold’s Live Wallpapers, first click Play on the one you want to save, then long-press on your smartphone’s screen and select Download Video. On desktop, repeat the first part of the process, then right-click and tap Save Video As. If you want to download all of them, you’ll need to follow the aforementioned steps four times, selecting a different animation each time.

Announced alongside the Galaxy S10 at the end of February, the Galaxy Fold fuses the top-of-the-line Galaxy S10+ and the Galaxy Tab S5e into an all-too-appealing two-in-one device, eliminating the need to transport both. It’s set to be priced at a steep $1980 when it launches in South Korea and the United States on April 26, and in Europe on May 3. But is it too expensive? We think not.

That’s because the maxed-out Galaxy S10+ will set customers back around $1500, while a brand new Galaxy Tab S5e costs somewhere in the region of $500. Combine those two figures and you’ll come out with $2000 — that’s $20 less than the Galaxy Fold will set you back when it hits the shelves. And when you factor in the millions of dollars Samsung spent on R&D, it’s not that bad of a deal.

But that’s a story for another day. For now, enjoy the wallpapers!