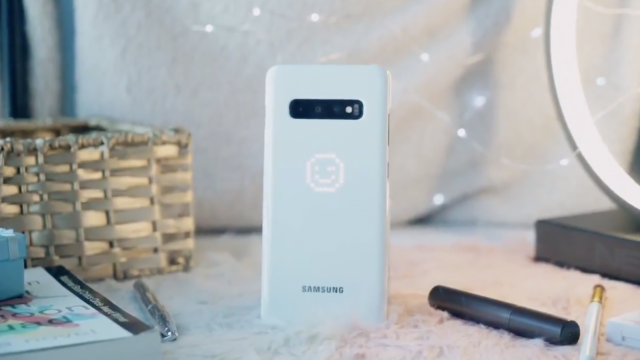 Samsung’s LED Back Cover for the Galaxy S10 is a case like no other, emitting a starlight effect that’s somewhat reminiscent of the interior of a Rolls-Royce Phantom. But that’s not the best bit — that would be the Cover’s option to double as a countdown timer for taking pictures from afar.

They say a picture is worth a thousand words, so instead of going into elaborate detail about how the feature works (it’s rather simple, as you’ll see in no more than a couple of seconds), we thought it would be best to show you it in action, courtesy of Facebook outlet Her GadgetMatch.

Just like the Phantom, the LED Back Cover won’t come cheap. It’s set at £50 in the UK and is expected to retail for around the same in the US. But when you consider the case can moonlight as a countdown timer and a star map, while also depicting incoming notifications, it’s not that bad.