The Samsung Developer Conference (SDC) in November will be important for anyone looking for more info on the Galaxy Home. Some of the smart speaker’s functionality was showcased at the Galaxy Note 9 launch, but more will be revealed at the SDC. In the meantime, Samsung is no doubt hoping to grab all the necessary certifications before the Galaxy Home can hit retail, and at least one such certification has now been approved.

Galaxy Home certified at home base

The Galaxy Home has been certified by Korea’s National Radio Research Agency today with the model number SM-V510, which we had exclusively revealed alongside a list of potential launch markets. As expected, the Galaxy Home certification is quite bare bones with the details, calling the speaker a “small-output wireless device.” It’s manufactured in China, which shouldn’t come as a surprise. China is also one of the launch markets for the Galaxy Home, in addition to South Korea and the US.

Whether Samsung will bring its first Bixby-powered speaker to other countries anytime soon remains to be seen. Its premium price tag will be an obstacle compared to Google Home and the Amazon Echo. That’s in addition Bixby’s limited language skills, which require most users to speak English to use the assistant on their smartphones. 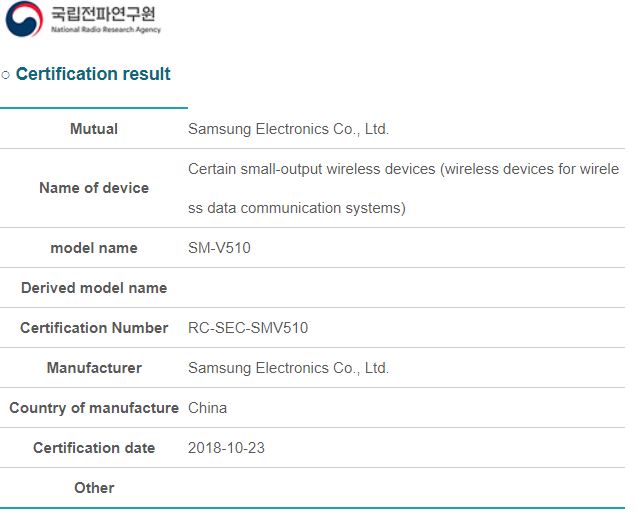