Samsung’s much-awaited new smartwatch has been officially announced today as the Galaxy Watch. It’s what was previously referred to as the Gear S4 but Samsung has decided to switch up the branding. Samsung’s smartwatches will henceforth be under the Galaxy umbrella.

Even though the Galaxy Watch looks a lot like the Gear S3, there’s a lot different under the hood. The official Galaxy Watch specs reveal that it comes with a brand new processor and bigger batteries. It will be available in 46mm and 42mm sizes with a slight difference in the display size of both models.

The Galaxy Watch is going to be released in the United States on August 24. South Korea is going to get it on August 31 followed by other markets in mid-September. Samsung has also said that the LTE-compatible variant will be available later this year. 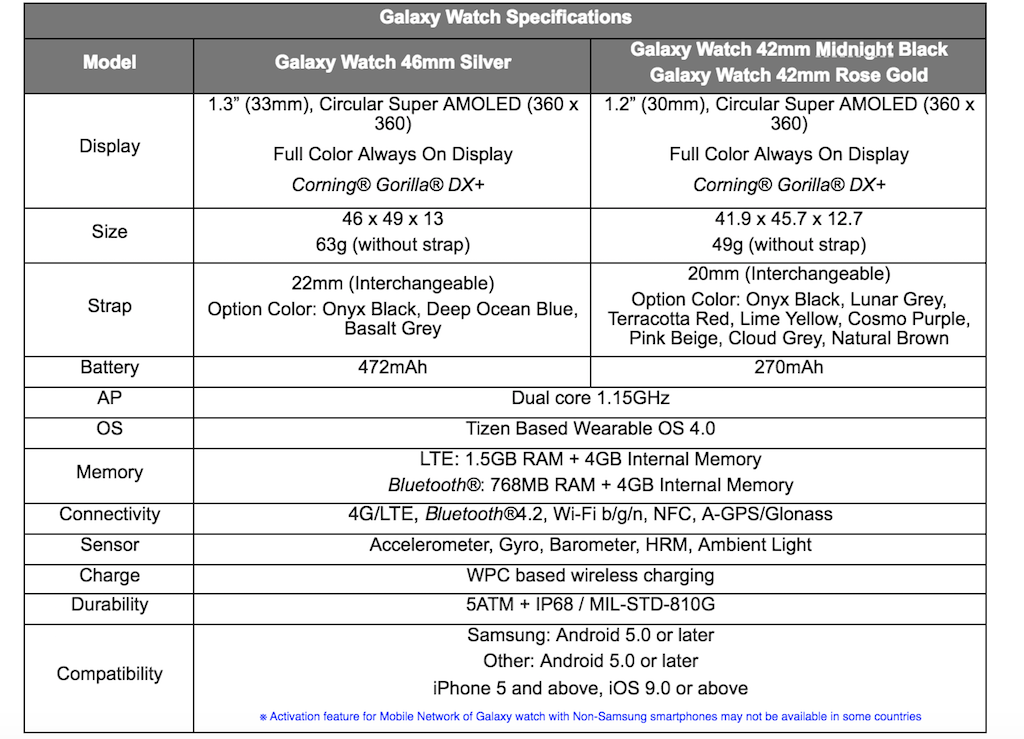