Samsung announced the 2018 iterations of the Galaxy J3 and Galaxy J7 in the United States earlier this month. The company was light on details on what these smartphones would offer back then, but we’re now finding out all the necessary details about the Galaxy J3 Star, which is T-Mobile’s version of the 2018 Galaxy J3. The new J7 will also carry the Star moniker for T-Mobile, as we had revealed via our Twitter account. 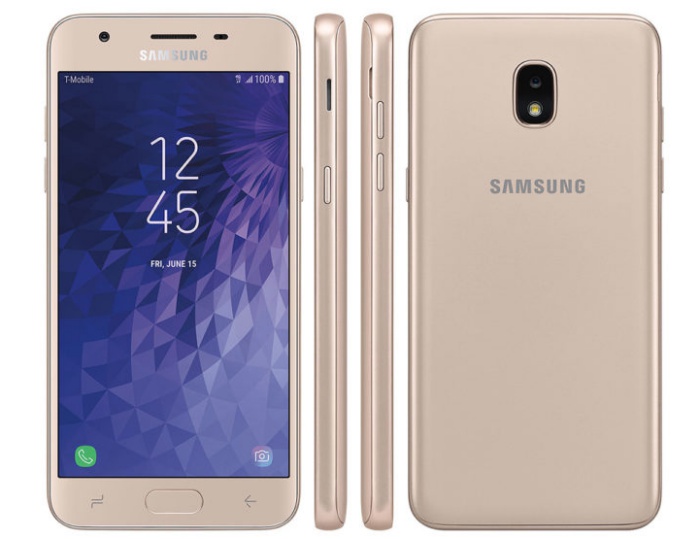 The Galaxy J3 Star’s highlight is its support for LTE band 71 that T-Mobile is using on its “Extended Range LTE network.” Band 71 gets users access to the network’s 600 MHz spectrum that offers twice the signal range and four times better penetration via walls for improved LTE coverage. The other Galaxy J3 specs aren’t going to excite anyone. It has a 5-inch HD display (not a Super AMOLED panel), a 1.4GHz quad-core processor, 2GB of RAM 8-megapixel and 5-megapixel rear and front-facing cameras, 16GB of internal storage, a microSD slot, and a 2,600 mAh battery. It runs Android 8.0 Oreo out of the box.

The Galaxy J3 Star is priced at $175 for those who want to buy it outright. T-Mobile is also offering financing for the device. The cheapest plan starts at $7 a month (excluding taxes) for a two-year contract, and the phone seems to come only in gold.

More news »
Samsung, Sprint, T-Mobile quietly launch the Galaxy A21 in the USA By Mihai M.|1 week ago
T-Mobile starts rolling out Android 10 update to Galaxy Tab S6 By Asif S.|1 week ago
Galaxy S20 series gets latest camera update on T-Mobile and Sprint By Abhijeet M.|2 months ago
Galaxy Note 10/10+ getting May security update on T-Mobile By Dominik B.|2 months ago
SamMobile Shop
Opinions More »
Galaxy Tab S7’s lack of an IP rating will hold it back from being truly great
8 hours ago