May 2018 security patch update rolling out to multiple Samsung devices 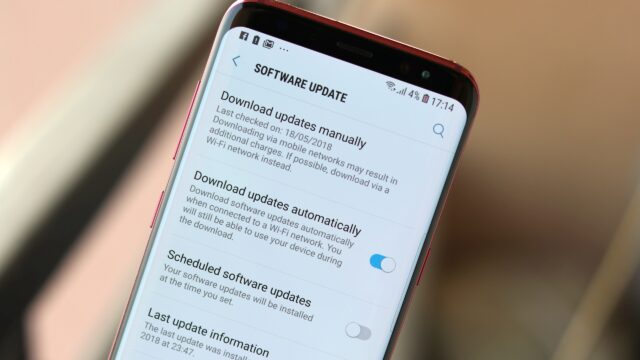 Samsung is rolling out updates with the May 2018 security patch to a couple of smartphones today. These phones are the Galaxy A8+, Galaxy S8 (and S8+), and the Galaxy J1 mini Prime, so it’s one each from the low-end, mid-range, and high-end segments of Samsung’s ever-expanding Galaxy lineup. The Galaxy S8 update is rolling out in China, the Galaxy A8+ update in India, Nepal, Sri Lanka, and Bangladesh, and the J1 mini Prime update is available in Egypt.

The May 2018 patch fixes six critical Android OS vulnerabilities in addition to a slew of high and moderate-risk ones. It also brings fixes for seven vulnerabilities that affect only Samsung’s software. The Galaxy S8 update for China also brings stability improvements for Bixby and WeChat and fixes a bug that could result in photos not being saved to the gallery. The Galaxy A8+ update includes performance improvements, though the previous update for the device also mentioned the same, so it’s likely just a generic changelog.