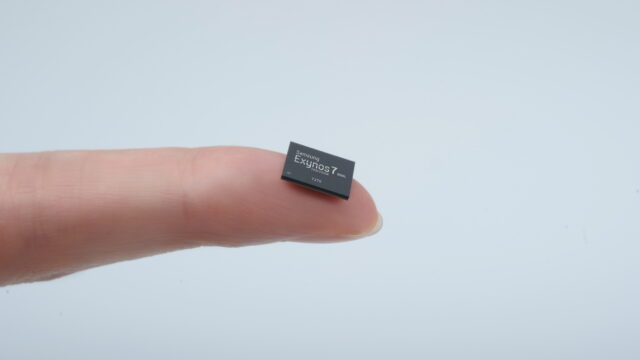 Samsung, already the largest chipmaker in the world by revenue, is looking to further extend its lead in this market by supplying its Exynos processors to more external clients. The company recently ended Intel’s 24-year reign as the largest semiconductor-based chipmaker in the world but there’s an important distinction to be made here. Samsung has been able to overtake Intel due to its dominant position in the global memory chip market. Intel doesn’t really compete in that market and its lead was primarily driven by its microprocessors for PCs and servers.

Samsung makes processors as well under the Exynos brand but they don’t power notebooks and desktop PCs. They don’t even power smartphones from a wide variety of OEMs since Samsung itself is the primary customer of these chips. However, the company is in talks with multiple OEMs and expects to announce a new client for its Exynos processors next year.

Samsung has revealed that it’s in talks with several smartphone manufacturers including China-based ZTE to sell them its mobile processors. The company currently has only one external client for its Exynos chips and that’s another Chinese OEM called Meizu.

Samsung System LSI head Inyup Kang has revealed to Reuters that the company is talking to all OEMs and that it expects to announce a new client for its Exynos chips in the first half of 2019. This move will bring Samsung in direct competition with Qualcomm which is the biggest supplier of mobile processors to almost every major smartphone OEM, including Samsung.

Samsung does stand to gain from ZTE’s recent troubles. The Chinese smartphone manufacturer sourced its mobile processors from Qualcomm, a company based in the United States. The country’s Department of Commerce recently banned ZTE from sourcing components from US companies for seven years which means unless a relaxation is granted in the ban, ZTE won’t be able to use Qualcomm chips in its phones for seven years.

ZTE said in a recent exchange filing that its core business operations have ceased after the ban. There’s a sense of urgency at the company to diversify its supply chain and Kang says that Samsung will continue its discussions with ZTE even if the US and China find a way around the ban for the company.

Samsung certainly stands to gain from this US-China trade spat that has caught ZTE in the mix. If it can win that contract, Samsung’s position as a player in the mobile processor market will improve and open more doors for the company. Expect Exynos processors to power a lot more phones from different OEMs in the coming years.