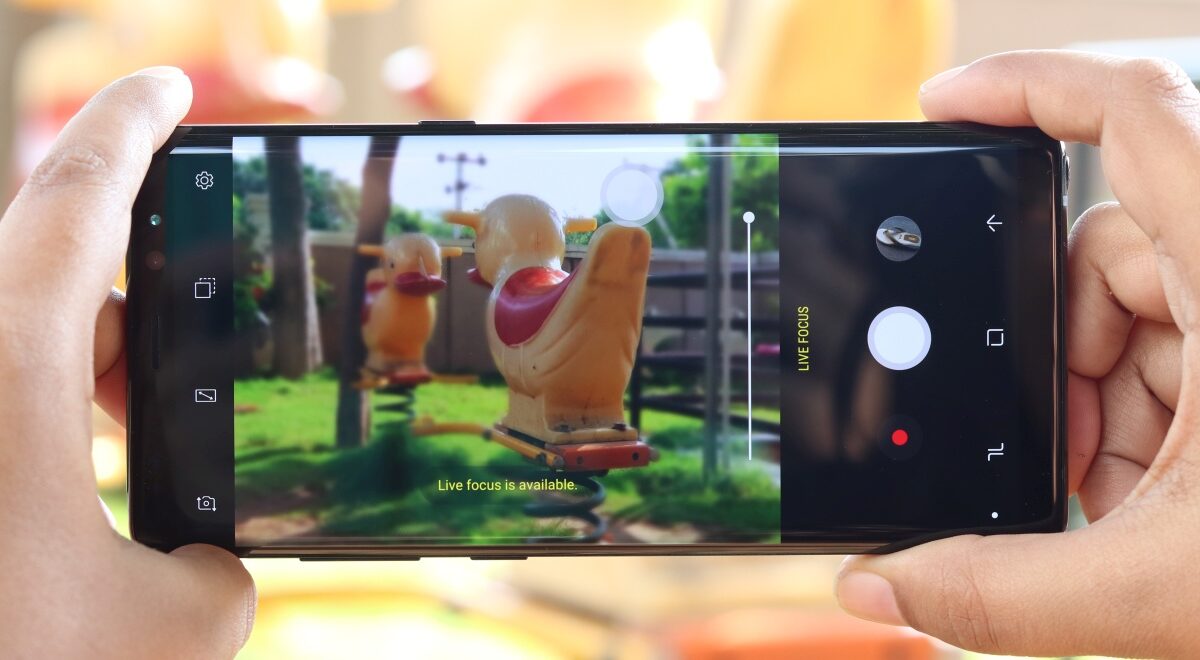 The Galaxy Note 8, in danger of suffering a similar kind of software support neglect as the Galaxy Note 4, received an update this week after what seemed like eternity despite the few months that the phone has been on sale. There’s more than just the regular stability and performance enhancements in the new Note 8 update, but one thing Samsung hasn’t talked about in the changelog is the more intuitive Live Focus controls in the camera app. Verizon mentions these in its changelog, and frankly, the Live Focus improvements are minor yet rather handy.

For starters, every time the phone is in the right position to take a Live Focus (or portrait, if that’s what you prefer calling it) photo, the “Live focus ready” text that comes up now has an opaque yellow background to make it stand out. When the camera isn’t at the right distance from the subject, you now see a more direct “Move farther away from subject” heads-up, and the same goes for when there’s not enough light for Live Focus to work. Oh, and the slider for adjusting background blur is accompanied by “+” and “-” icons that you can tap on to instantly switch between zero and maximum background blur. 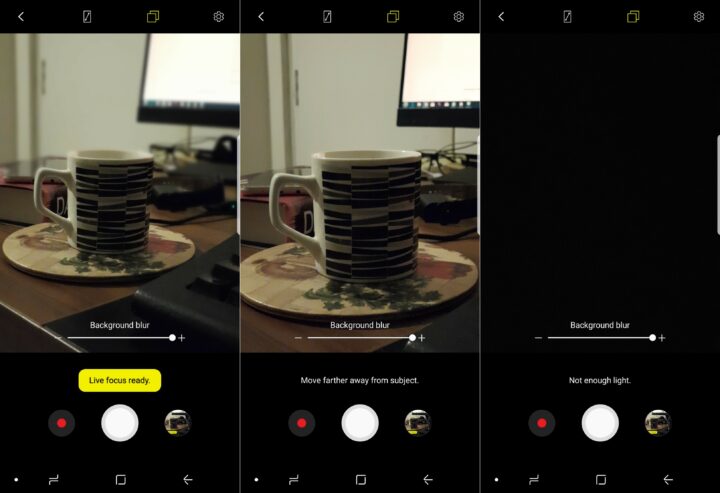 Finally, the button to switch between front and back cameras has been replaced by a back button at the top left of the display when you’re shooting in Live Focus mode, which is great if you have the on-screen navigation keys set to hide by default. When you’re shooting normally, it turns back into the camera switch button. Of course, you can continue to swipe up or down on the display to switch between the front and rear cameras, which remains the most convenient option to do so.

Being just the second update for most users since the phone launched, it’s natural that Samsung is still tweaking a few things, just like it did after the Galaxy S8 and Galaxy S8+ went on sale (remember all the changes the new on-screen navigation bar went through?). With Live Focus being a brand new feature, it’s only natural that Samsung has added a few tweaks that should ideally have been there from the beginning. But better late than never has always been Samsung’s motto, and it’s nice to see an update that took so long to arrive brought more than just the security patches it’s expected to.

Have you noticed anything else that wasn’t there on your Note 8 before the update came in? We know most of you probably haven’t gotten the update yet, but if you have, do let us know how your phone’s been running since you installed it.

Update: The Live Focus tweaks don’t seem to be a part of the November update for all regions, as evidenced by the updates that are, for example, rolling out in India, Bangladesh and Germany (we’ve confirmed this to be true). It’s possible the tweaks will be a part of the December update, but for now, don’t be surprised if you don’t see them after installing the latest update on your Note 8.