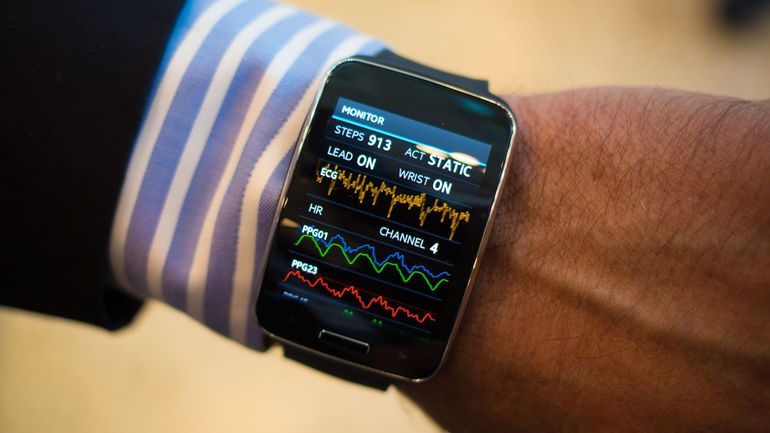 Samsung unveiled the Simband, a reference wearable that manufacturers could experiment with, back in 2014. The unit was packed full of sensors that tracked blood pressure, skin temperature, sweat production, blood volume, heart rate and more, leading many to believe that it would be released once the Apple Watch, which was rumored to be a revolutionary health device, hit the shelves—but that wasn’t the case.

The firm actually had no intention of launching the Simband on the open market. It was made exclusively for developers, something that became evident when it took the wraps off the Galaxy Gear 2. Naturally, we assumed Samsung had retired the Simband in favor of its Galaxy Gear line; however, new information suggests it’s still very much alive, and some of its technology could even make its way into upcoming products.

According to Dr. Francis Ho, Samsung’s Head of Digital Health, the company’s Strategy and Innovation Center (SSIC), based in South Korea, has been working with researchers on the project for the past couple of years, in an effort to build on its “Voice of Body” concept, which wants to make the idea of the human body to communicating important health information through sensors a reality.

“We invited researchers to come in and use [Simband] to do new kinds of studies,” Dr. Francis Ho told digital publication Wareable. “We work with many of these top groups in the world and they use it for everything from autism studies to heart arrhythmia studies,” he said, adding that Samsung isn’t ready to make any announcements just yet, but we could see some exciting developments in the future.

Back at its digital health event in May, Samsung introduced a new health platform for cloud-sourced health tracking. It showed off Simband, a reference wearable device which manufacturers could use to build their own products on top of without having to start from scratch. So today at the Samsung Developer Conference the company announced that […]

There’s a lot of stuff that happens in the mobile industry, something that is especially true when it comes to giants like Samsung. If you missed out on some (or all) of what happened in the last 24 hours or so, well, here’s a recap of all the big things that went down. Samsung launched […]

At its “Voice of the Body” event last night, Samsung introduced a new health platform that it hopes will take wearable sensors and devices to a higher level when it comes to tracking a user’s health, by collecting data from various sources and uploading it to the cloud. To this end, Samsung showed off the […]