Samsung ships its Galaxy smartphones and tablets with its versions of stock apps. The company’s custom offerings include some basic apps such as calculator, calendar, clock, and gallery to some more advanced apps such as the camera, an email client, and a web browser. Many Android purists criticize Samsung for bundling custom apps with its phones, but more often than not, these custom apps offer more functionality and better performance than stock Android apps. Today, we’ll have a look at the web browser that comes bundled with Galaxy phones: Samsung Internet. It has been a part of the company’s devices since the Galaxy S, but we’ve never really paid much attention to it. But since a lot of people use it, we decided to take a look at it on the Galaxy S8 and S8+.

The Samsung Internet web browser is based on the latest open source Chromium web engine, and it comes with a lot of features that are missing on Google’s Chrome web browser. For starters, you can easily save webpages for viewing them offline later, a feature that’s hard to locate in Google Chrome. There’s also better browsing history data. Apart from showing you a list of browsed webpages like every other browser does, Samsung Internet shows you a segregated history of watched videos and downloaded files. This comes in handy. For example, you can quickly show any video to your friend that you were watching earlier by visiting the video history. There’s no built-in data saver feature, though, something that people use in markets where cellular data is costly. 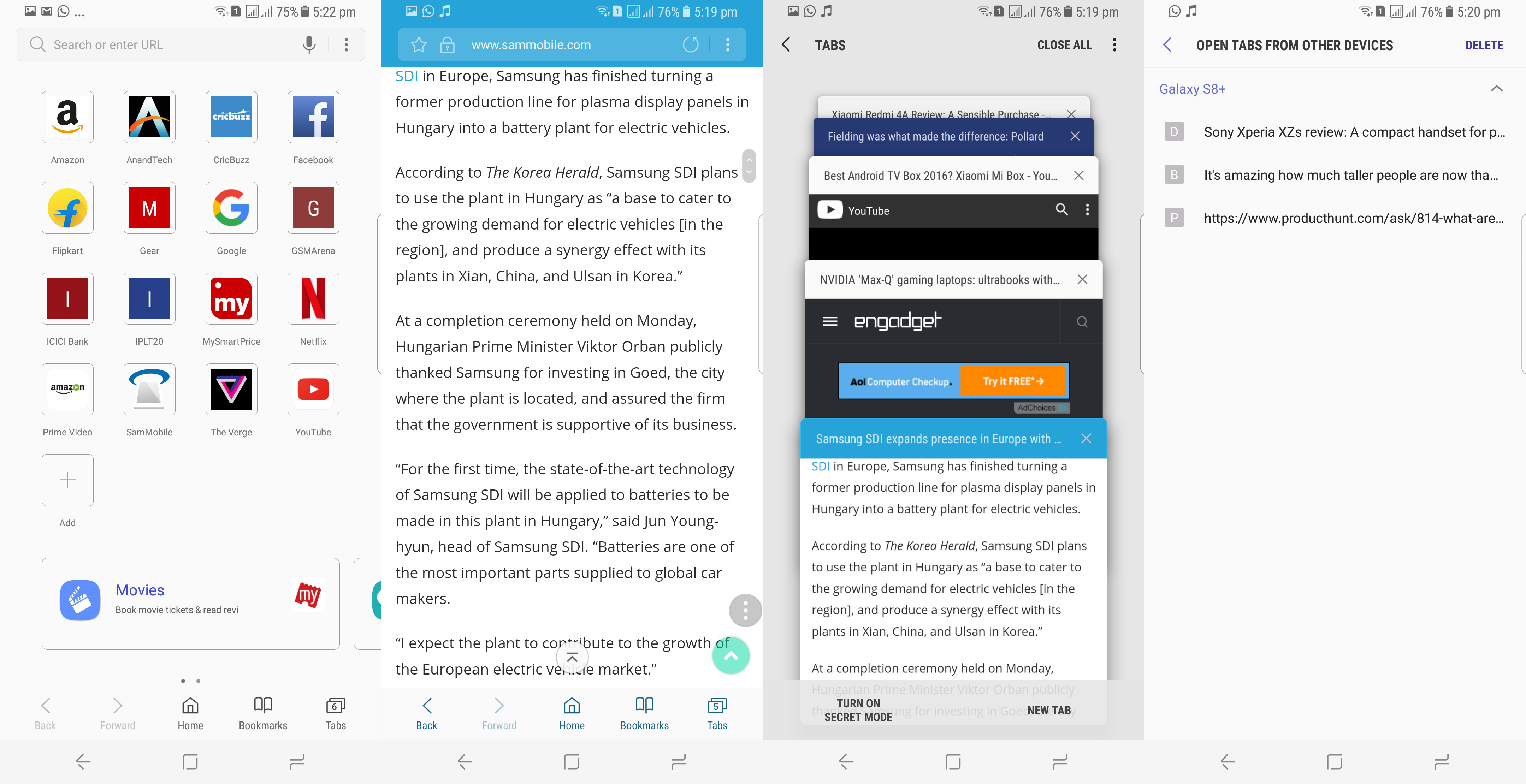 Let’s talk about the most important part, which is web browsing performance. In my experience, Samsung’s web browser is faster and more efficient than Google Chrome, which many people prefer. It’s also more responsive, especially on a Samsung smartphone. When I compared it with Google Chrome on the same device, it tended to keep more webpages in memory, which resulted in less frequent webpage reloads. There’s also an option for extensions like ad blockers and QR Code scanners. You can download an advertisement blocker from the Galaxy Store and configure it accordingly. I missed Google Chrome for its built-in language translator, though. There’s no such feature in Samsung Internet. 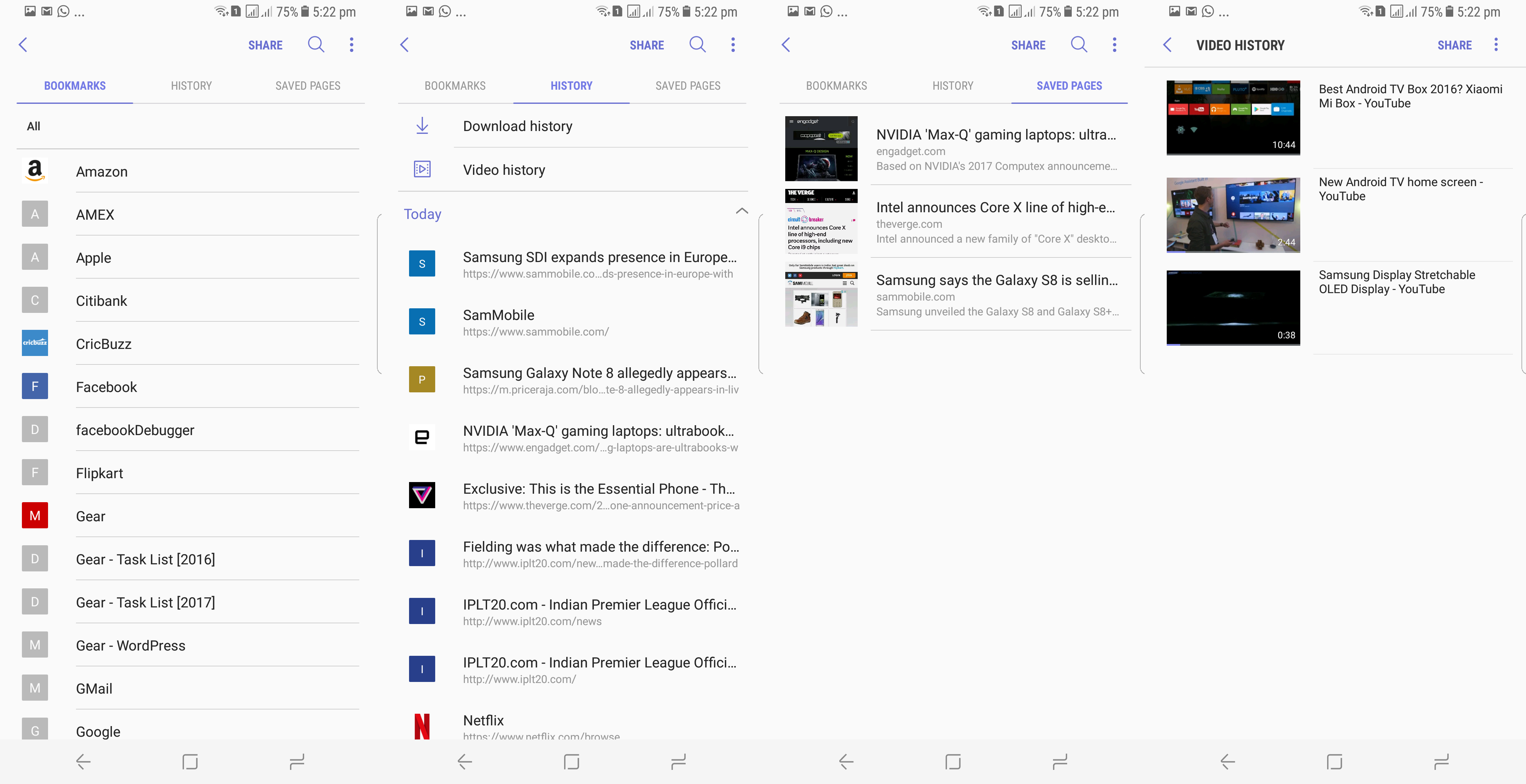 Additional options include a private mode that can be secured and accessed using biometrics like iris or fingerprints. Similar to Google Chrome, Samsung Internet can remember login and payment credentials using Samsung Pass, with enhanced security (it works with iris and fingerprints on the Galaxy S8 and S8+). If you use Google Chrome on your smartphone just because your bookmarks can be in sync with Chrome on your desktop, Samsung Internet has you covered. A Chrome extension keeps your bookmarks in sync between your desktop and your Galaxy device. It doesn’t sync history with Chrome, though. The built-in video assistant extension allows changing video modes, screen rotation, and an option to cast videos to nearby displays. 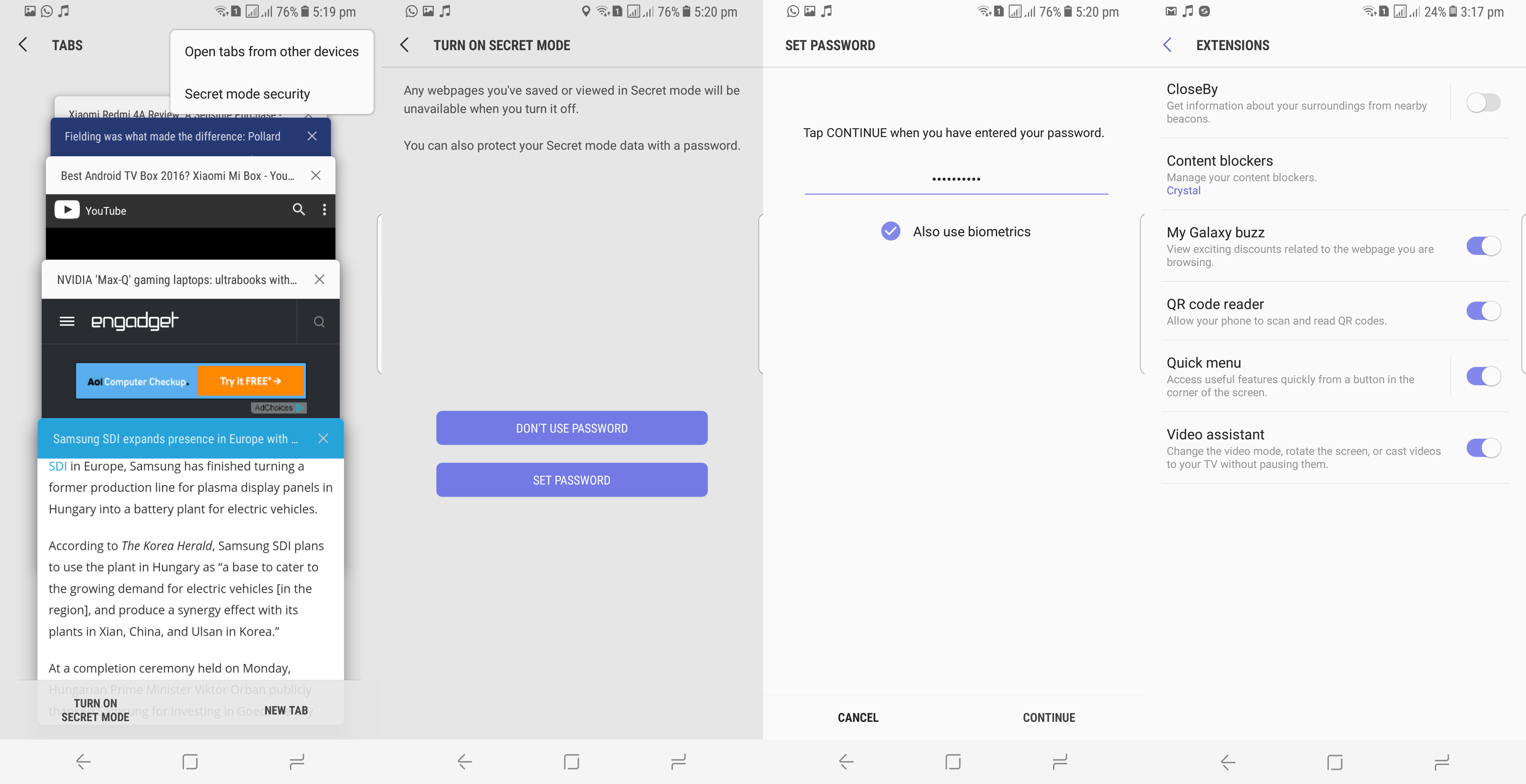 If you have multiple Galaxy smartphones and tablets, you can pick up the webpage that you left on one device and start reading it on another. You’ll have to be logged in to your Samsung account on both the devices, though, and you also miss out on doing the same on a PC as there is no Samsung Internet app for desktop operating systems. As opposed to Google Chrome, the navigation (back and forward), tabs browser, home, and bookmarks buttons are at the bottom of the app, so they’re easily accessible. You can also use left and right swipe gestures on the bottom bar to navigate between active tabs in the browser. Last but not the least, Samsung Internet supports VR and 360-degree content, so you can watch such immersive content on your Gear VR with a compatible smartphone. 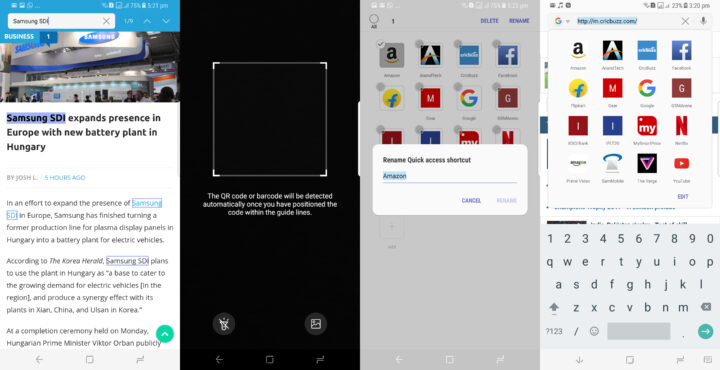 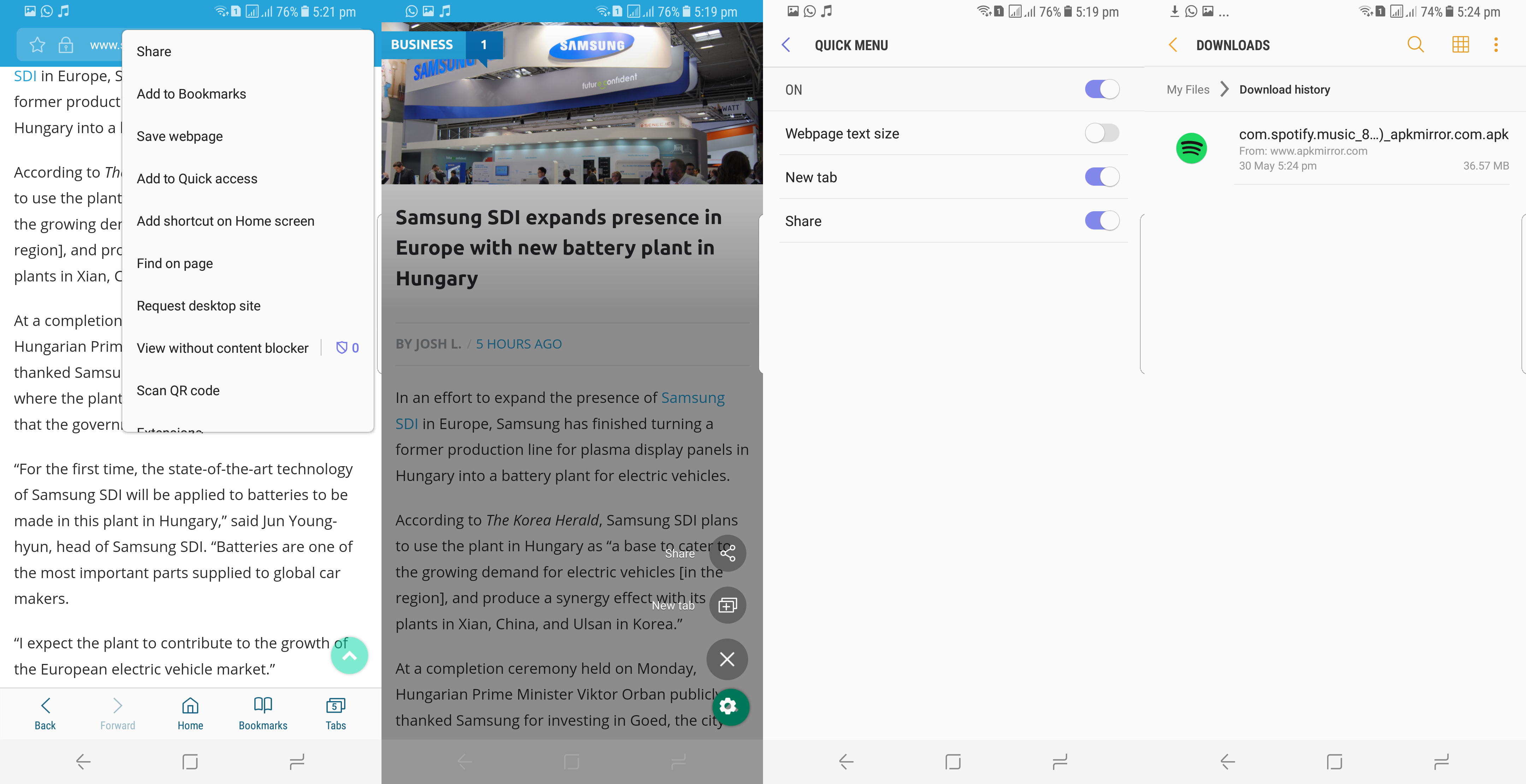 Overall, I think that the Samsung Internet web browser offers much more than competing apps like Google Chrome, and it is faster and more responsive at the same time. It even works on Google Nexus and Pixel devices. Samsung keeps adding more features, but unobtrusively. The only feature that I missed from Chrome is automatic language translation. Since I have to keep watching a lot of foreign websites for breaking news, such a feature is handy for me. Otherwise, Samsung Internet is a great web browser, especially if you use multiple Samsung devices (like a phone and tablet). If for some reason you haven’t used Samsung’s web browser yet, we advise you to check it out.

What do you think of the Samsung Internet browser? Is it your default browser, or do you use Chrome and have never given a thought to Samsung Internet? Do let us know in the comments!

[Updated] 7 reasons why Samsung Internet is the best mobile browser