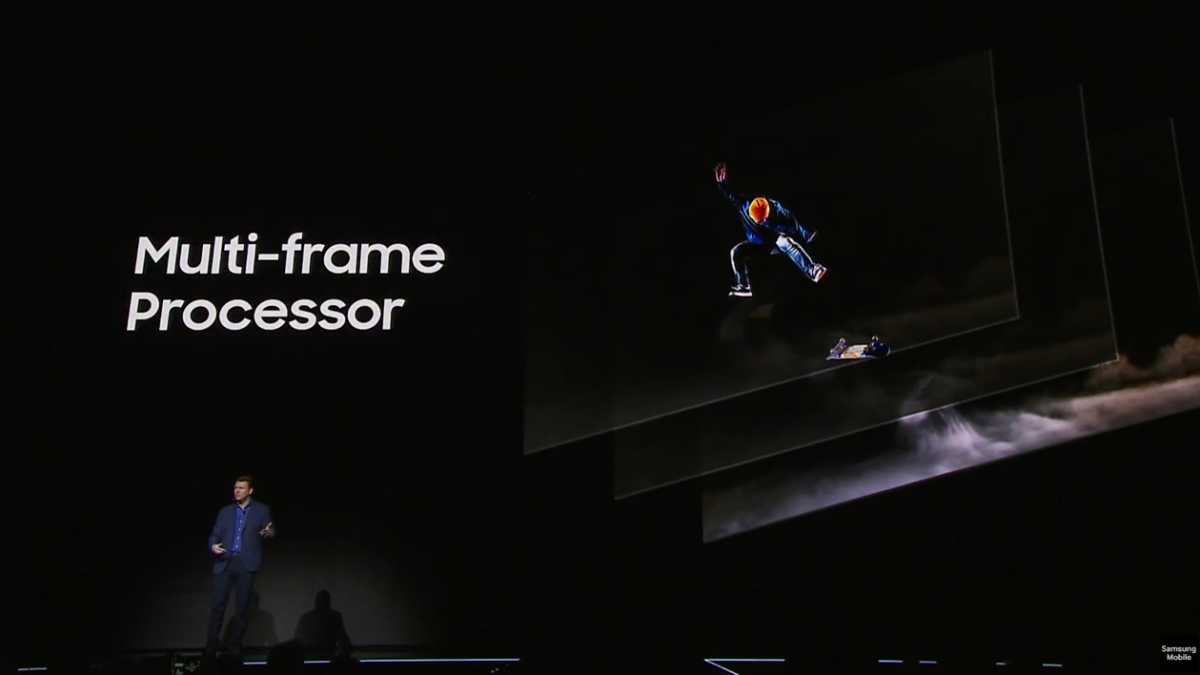 When you look at the spec sheet for the new Galaxy S8 or S8+, you’ll likely be left wondering why Samsung hasn’t made any changes to the 12-megapixel rear camera that debuted on the Galaxy S7. The specs for the camera are the same: a 12-megapixel sensor with F1.7 aperture, optical image stabilization, and Dual Pixel autofocus mechanism. So how will the Galaxy S8 offer improved image quality in the photos that it captures? Well, it comes down to the use of the new multi-frame processor inside the device.

What the multi-frame processor will do is take different images of a scene, and then use data from all of those frames to create the final image, resulting in reduced noise and sharper detail. This isn’t an industry-first thing, mind you: The Google Pixel and Pixel XL also use a similar method to achieve great photos, and that is without the presence of features like Dual Pixel focus, high aperture (at least not as high as Samsung’s cameras), or even optical image stabilization. The S8 and Pixel might differ in how many frames they combine for the final image, but the end result is the same: better photos than you might expect the camera can capture.

The Pixel is rather slow at saving the final image; the image saving is done in the background so you can continue taking pictures, but try taking a picture and immediately sharing it and you will need to wait a couple of seconds before you can do so. On the Galaxy S8, the entire procedure will likely be faster, both because of the new 10 nm Exynos/Snapdragon processors and the UFS 2.1 storage on the S8 and S8+. For most intents and purposes, though, regular users will not have any idea what is going on and will only see the camera taking impressive images.

Of course, just how much better the Galaxy S8 camera will be compared to the Galaxy S7 is something only detailed testing will tell. Hopefully, Samsung has made enough improvements to support its decision to keep using the same camera hardware for more than a year.