Leaked image shows Galaxy S8 screen resolution goes up to WQHD+, FHD+ might be the default 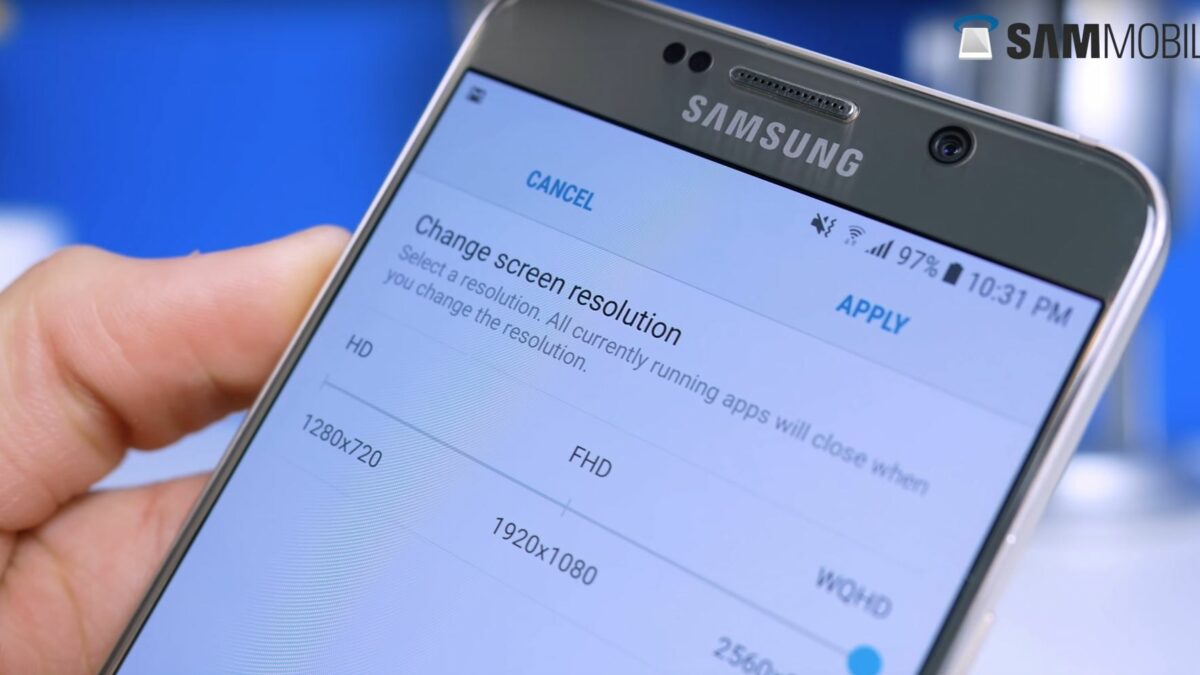 A new image has leaked online which shows us the screen resolution adjustment menu open on a Galaxy S8. This feature was also present on the Galaxy Note 7 when it came out last year. It enables users to select with a simple slider the resolution that they want to go with.

The advantage that users get out of playing with this feature is an improvement in battery efficiency and performance since those components won’t have to work as hard as they do at the maximum resolution if it has been adjusted to a lower setting. It doesn’t work great in practice on devices like the Note 7 or Galaxy S7, but we can hope it will be different on the Galaxy S8.

The leaked image shows us the Galaxy S8 screen resolution options will include HD+ (1480×720), FHD+ (2220×1080), and WQHD+ (2960×1440), with the increased width a result of the larger (and also longer) display. It’s quite possible that FHD+ might be the default option on the Galaxy S8 just like it is when Nougat is installed on existing Samsung devices in the interest of providing a balance between display quality and battery life.

Even if that is the case, users will be able to change it easily by accessing this menu in the Settings app. 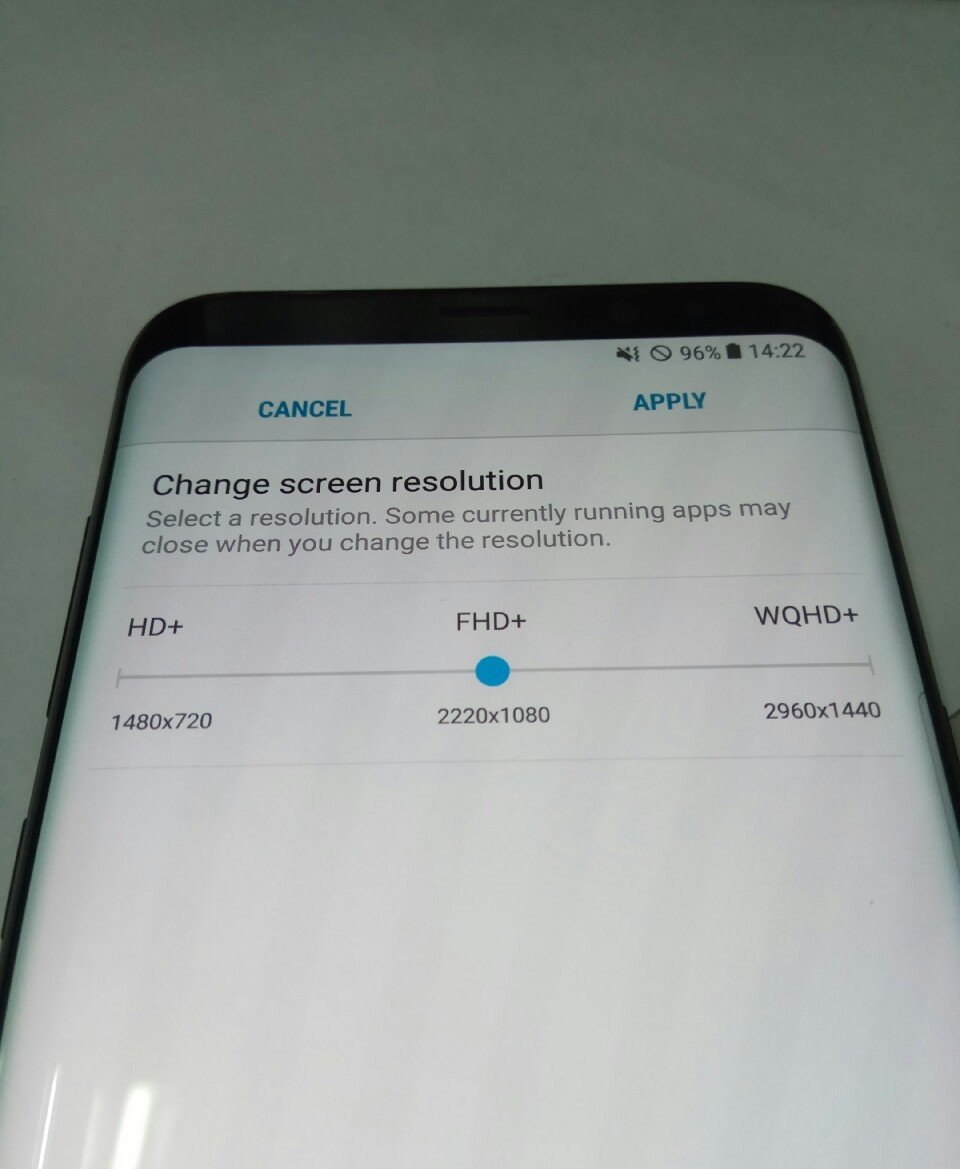