The news that Samsung vice chairman and heir apparent Lee Jae-yong had been arrested on charges of bribery broke early this morning. One could expect that investors wouldn’t like this latest development as his arrest leaves behind a serious leadership vacuum at the most powerful conglomerate in South Korea. They have responded to the news in a predictable manner. Samsung shares climbed 5.5 percent this year on top of the impressive 43 pecent rally in 2016. However, as trading opened earlier today, Samsung shares fell by nearly 1 percent in Seoul at one point during trading hours.

Fund manager at Korea Investment Management Jung Sang-jin points out that this latest development is going to have an impact on the stock at least in the short term but only because of the negative sentiment associated with the arrest of Lee Jae-yong. It’s not because of any fundamental shift in the health of Samsung’s business.

It’s unclear right now for how long Lee Jae-yong will be under custody. The procedural steps and appeals in the course of a trial and verdict can take as long as 18 months so there’s every possibility that he might be out of the office for a very, very long time. 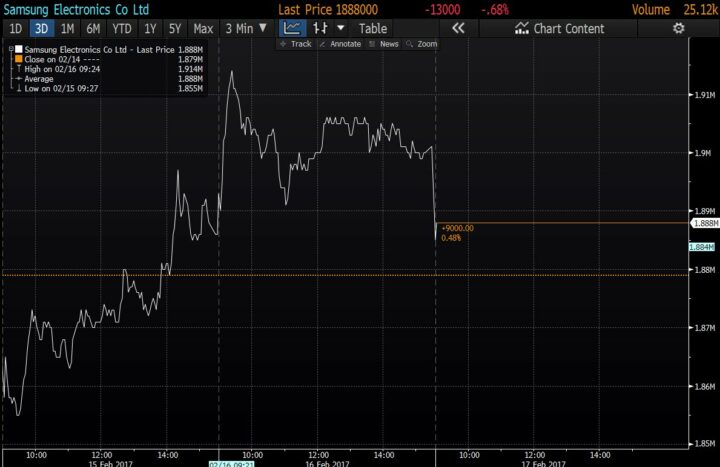