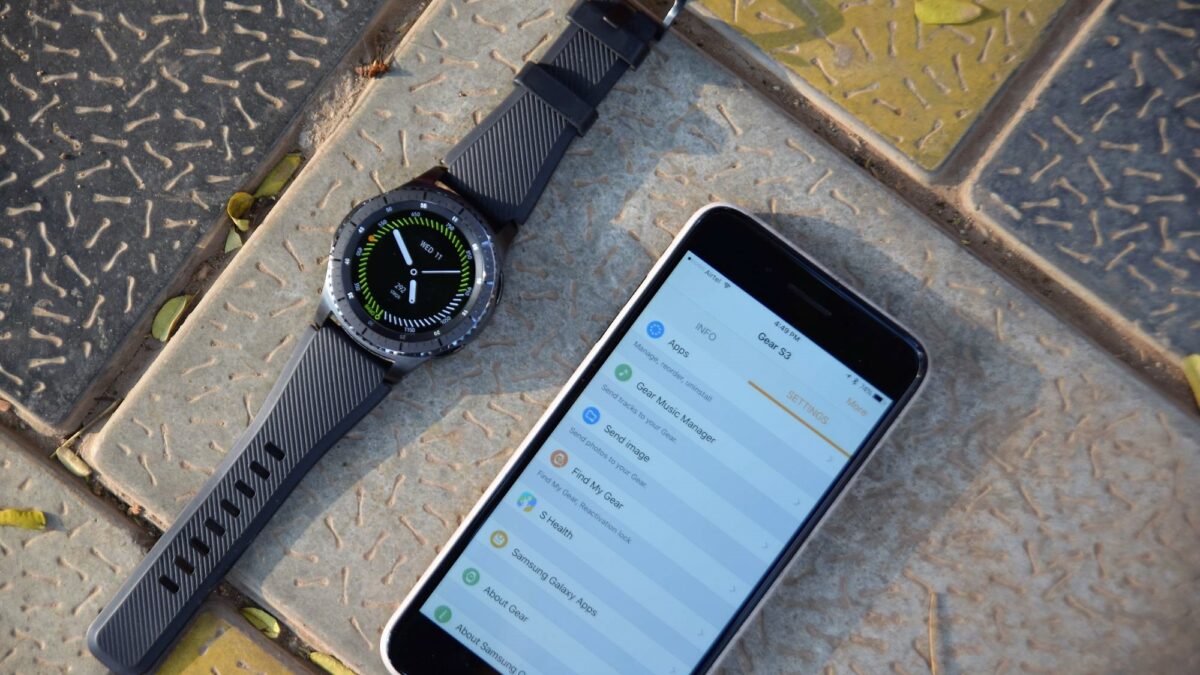 Months after promising iOS compatibility for its latest smartwatches, Samsung has finally released the Gear S app for iPhones. You can now use your brand new Gear S3 or Gear S2 with your iPhone (find instructions on pairing the watch and iPhone here), but how well do they work with an iOS device? Is it worth the trouble? We gave it a shot (using the Gear S3 with an iPhone 7 Plus), and here is what we think.

After you pair your Gear S3 (or Gear S2) with your iPhone, you need to allow the Gear S app permissions to access the calendar, contacts, location, and photos. Samsung also asks a user to agree to the usual fare of terms and conditions. You also need to log in to your Samsung account to download watch faces, apps, and to access S Health data.

Since the Gear S3 features a built-in loudspeaker and microphone, it can be used to make and receive calls. It can act as a Bluetooth speakerphone when paired with a smartphone. However, you need to connect to a different entry of the Gear S3 (non-LE entry) from the Bluetooth settings menu of the iPhone.

Once you’re done setting up the watch, how does it all work? Here’s what we discovered:

The above was our experience of using the Gear S3 with an iOS device. The biggest problem is connection stability, which means notifications don’t always pass through to the watch. The notifications aren’t actionable, either, so you can’t reply to messages or emails. The next problem is the experience of installing an app or a watch face from the Galaxy Apps store.

Overall, we think that a Gear smartwatch should be used with an Android smartphone (or better, Samsung smartphones) for the best possible experience. Accessing notifications is one of the most important aspects of a smartwatch, and if you’re not able to get the best experience in that regard, it’s not really worth it. Samsung will hopefully fix/improve other issues, but should you choose to buy a Gear smartwatch for use with your iPhone at this point in time, expect it to be a bumpy ride.

Are you using either of Samsung’s Gear smartwatches with an iPhone? If yes, how has your experience been? Let us know in the comments!