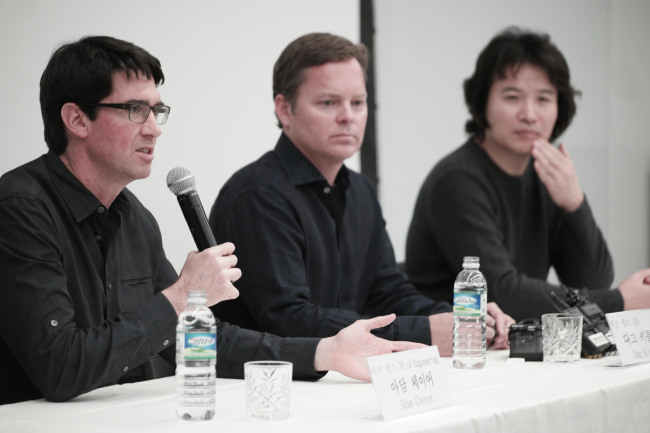 Following weeks of rumors that Samsung had acquired Viv Labs to use its artificial intelligence platform for developing a digital assistant for the Galaxy S8, Samsung confirmed last week that it’s indeed working on a new AI-powered digital assistant that will debut with its mobile devices. The company has now provided a few other details that give us an idea of what this assistant might be capable of.

Samsung Electronics vice chairman Lee Jae-yong has said that the company wants to focus on how to provide more convenience and pleasure to users through Viv Labs’ AI solution. He made these comments while meeting with the heads of Viv Labs last week. Lee also confirmed that Samsung is going to further improve its position the Internet of Things segment by bringing this digital assistant to devices such as home appliances.

“We are developing a key major interface which will bring about a totally new paradigm; an open AI platform,” said Samsung Electronics vice president Rhee In-jong, adding that while current Galaxy smartphones need separate apps for users to accomplish separate apps like ordering pizza or an Uber, the new AI platform will enable users to order and perform these tasks easily just by voice commands without having to jump through separate apps.

Viv Labs CEO Dag Kittlaus pointed out that this AI platform won’t just be limited to smartphones but it will also work with home appliances that users interact with quite frequently. The company’s focus is to make this work as a “connected technology” which extends to different types of devices. The platform can effectively double as a remote control for compatible appliances, “(For instance) you will be able to ask your refrigerator to show you your photos on your phone,” said Rhee.

So far, this new digital assistant which might be called Bixby doesn’t seem to be all that special given that other digital assistants from Apple, Google, Microsoft and Amazon are already capable of doing all this and more. Perhaps what might set Samsung’s assistant apart is the fact that it would be expanded to appliances as well and it would allow for users to interact with those products in an entirely different manner.