Another Galaxy S7 edge has apparently burned for no reason 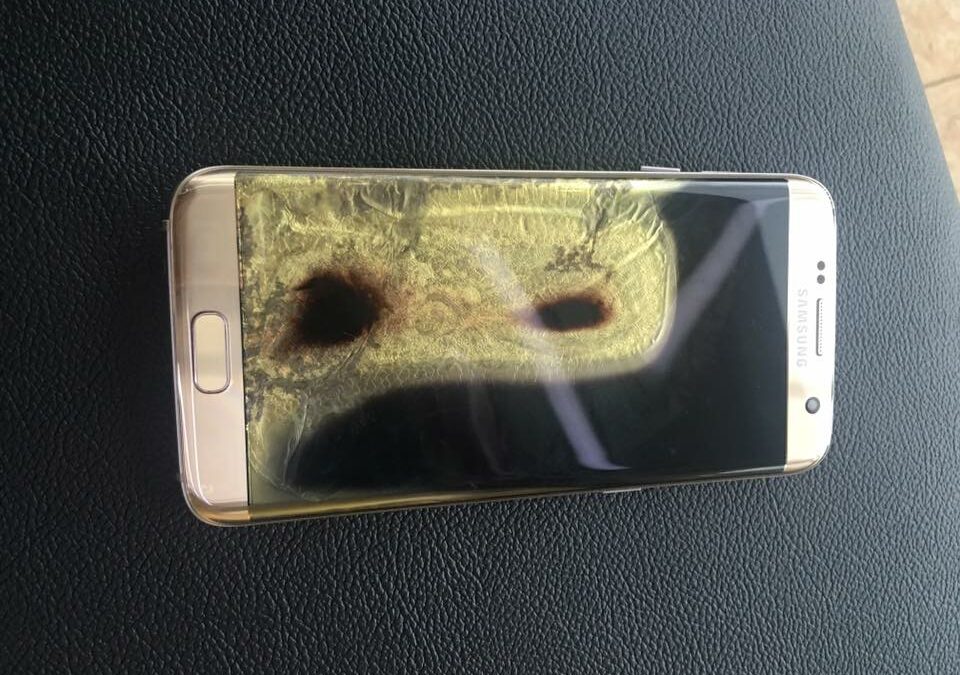 Weng Briones from The Philippines claims her Galaxy S7 edge starting burning on its own for no apparent reason. She has posted pictures of her phone on Facebook which clearly show that the device has been through intense temperatures. Briones told a local news outlet that her 16-year-old daughter was tweeting on her phone when it heated up and started emitting smoke. They splashed water on the phone and later covered it up with a wet towel.

She took her phone back to the Samsung store where she purchased it from and told them that she wanted a refund and did not want to exchange it for a new one because she was worried that it might happen again. She praised representatives at the store for their service who refunded her the full cost of the Galaxy S7 edge. The staff at the store didn’t say what caused the handset to do this but Briones says that she was later contacted by the company’s marketing head in the country who told her that Samsung will look into this incident.

This isn’t the first time we’re hearing about a Galaxy S7 series handset burning up for no reason. A man named Daniel Ramirez has sued Samsung in the United States claiming that his Galaxy S7 edge caught fire while it was inside his pocket and caused second-degree burns to his leg. A woman in the United Kingdom recently claimed that her Galaxy S7 started burning up unexpectedly and some footage of that incident was released as well.

Samsung has not said whether there are any battery issues with the Galaxy S7 series as well like there are with the Galaxy Note 7. It has been looking into these reports and is yet to provide a detailed explanation. Samsung is having to deal with false reports of the Galaxy Note 7 burning up as well, it has even singled out reports where external heat was applied to make it seem like it was the Note 7’s fault.