Last generation high-end smartphones from Samsung have been steadily receiving the latest final version of Android in various markets around the world. After delaying the update a couple of times, Telus has finally started rolling out Android Marshmallow for Galaxy S6 edge+ (SM-G928W8) units on its network in Canada.

The update with a file size of 1271.81MB is being released over the air, and it bumps up the Android version to 6.0.1 and the firmware version to G928W8VLU2BPC5. The update brings an improved version of TouchWiz with a cleaner design and smoother animations, advanced app permission management, Google Now on Tap, improved memory management, automatic cache deletion, and a native fingerprint authentication system to the device.

The changelog also mentions features like Quick Connect, improved fingerprint security, an advanced power saving mode, and a new vibration pattern. Did you receive this update on your Galaxy S6 edge+ already? If you did, let us and other readers know your experience after installing the update.

Update: Telus has started rolling out Android Marshmallow to the Galaxy Note 5 (SM-N920W8) as well. 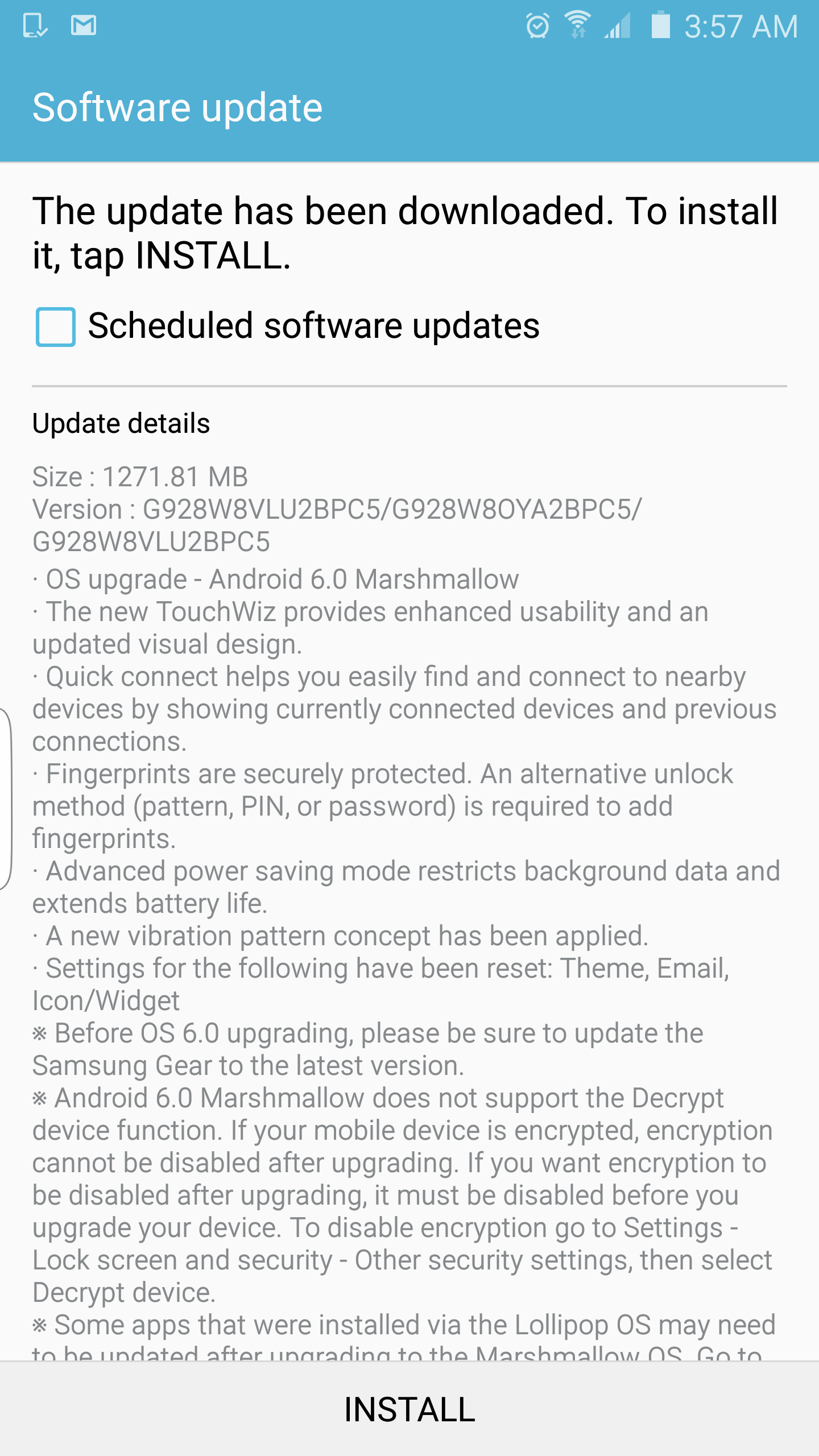 Thanks for the tip, Joe Cole!

More news »
Samsung Blockchain Wallet now works with Gemini in North America By Mihai M.|1 week ago
Galaxy Buds update with Buds+ features is now rolling out in Canada By Mihai M.|2 weeks ago
One UI 2.1 update rolling out to unlocked Galaxy Note 10 units in Canada By Asif S.|2 months ago
Samsung expands doorstep repair services to more countries By Dominik B.|2 months ago
SamMobile Shop
Opinions More »
Samsung has nailed its smartwatch strategy and Apple knows it
2 days ago