Tronsmart Titan review: five fast charging ports in one for your Samsung devices

Everyone carries around a smartphone charger when they’re going out, and you can find a couple of chargers at everyone’s home. In the last couple of years, multi-port chargers have made life easier for folks that have more than one mobile device that they need to constantly charge. Fast charging support on phones has made charging them a quick affair, and many multi-port chargers offer support for fast charging. Tronsmart is one of the more popular names when it comes to such chargers, and the Tronsmart Titan is a charging hub that comes with five Quick Charge 2.0-enabled ports.

That’s right – the Titan can charge five of your mobile devices at the same time, and charge all of them quickly if they come with support for fast charging. Tronsmart provided SamMobile with a Titan (we know how odd that sounds), and given how all of Samsung’s flagships since the Galaxy Note 4 support fast charging, we thought it would be a great idea to check it out.

The Tronsmart Titan box includes the charging station, the power cable for the station, and a nice little marketing card for VoltIQ. VoltIQ is the name for a mechanism that detects the type of device you have connected to a port and charges it accordingly. Basically, this comes in handy in separating the quick charge-enabled devices from those with normal charging. It certainly works when it comes to detecting the former – all of our Samsung devices with fast charging support showed the “Fast Charging” notification and charged as quickly as they would with Samsung’s own fast chargers. 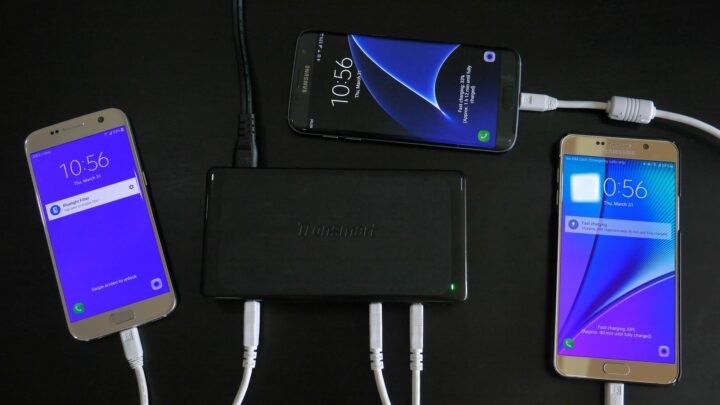 For regular devices, the Titan’s ports support a maximum of 2A current, which is as high as you would get on most third-party chargers and is sufficient for every device without quick charge support. We tested it out with a smartwatch (a Gear Live) and a couple of Samsung’s low-end devices (the Samsung Z1 and the Samsung Z3, to be exact). Again, charging happened as it normally would – there is no overheating or any other funny business involved, which was also the case when we connected devices that have fast charging.

As someone whose job profile includes keeping numerous Samsung devices lying around, the Tronsmart Titan is a great charging hub. Even for regular folks, it’s great for letting people in your home, or the friends that come over, charge their devices right alongside yours. It looks nice, too – kind of like a small server lying on your desk, with rubber pads underneath that prevent it from moving around. Oh, and the Titan has a power switch at the back so that you don’t have to turn it off/unplug it from the wall socket to save on your electricity bills.

At a price of around $40, you can’t really go wrong with the Tronsmart Titan. Five fast charging ports in a single package at that price is hard to beat, especially since buying separate fast chargers will cost you considerably more. You can buy the Titan from Amazon and get more information at Tronsmart’s official website. 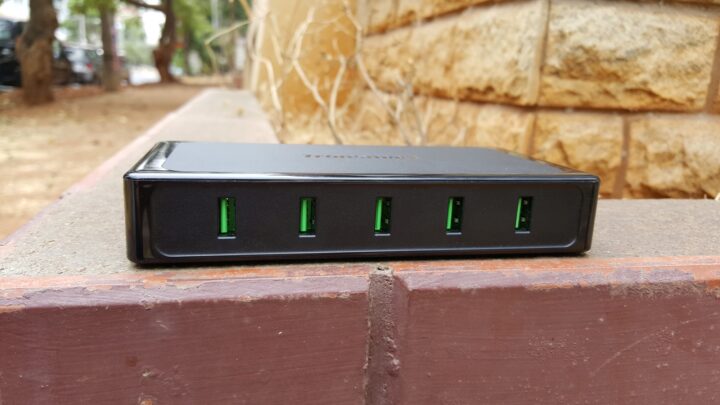 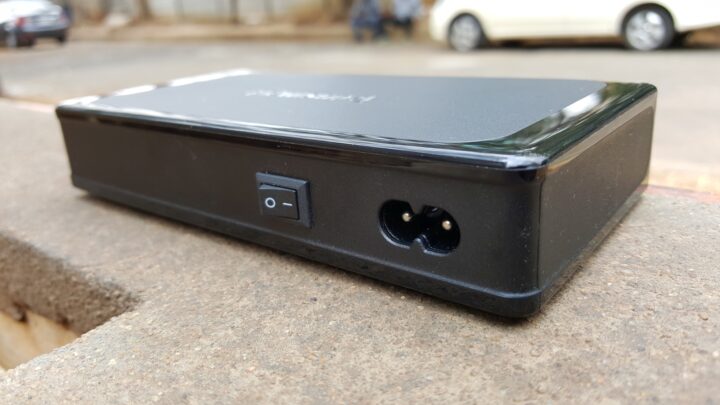