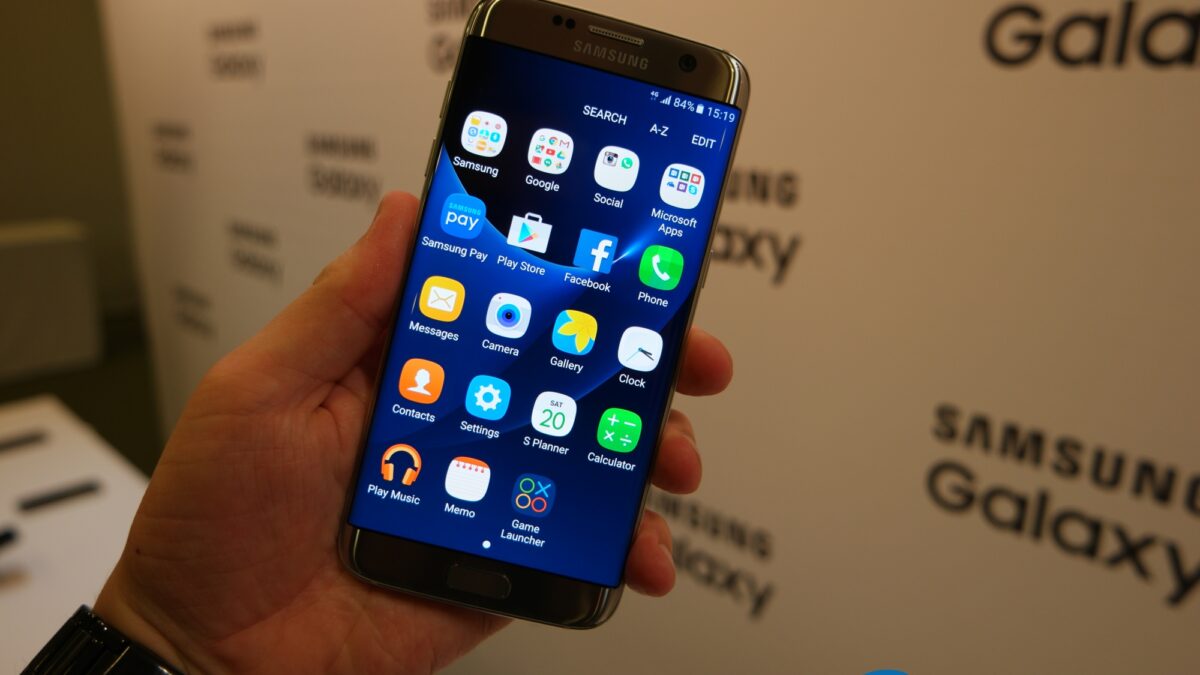 The Galaxy S7 and S7 edge are the best of the best Samsung smartphones to have been announced in world history so far (though we’re sure the future looks even brighter than these beauties), but, as usual, the discussion among Android users remains the same, no matter how many “Galaxies” or TouchWiz iterations have come and gone. Some consumers cradle their Nexus 6P while asking themselves, “Should I brave the winds of change and buy a Galaxy S7 edge?”

It almost seems as though they fear losing their “stock Android” identity if they find themselves liking the Korean giant for the first time, like the college student who appreciates his mom’s friendship but fears being called a “momma’s boy” if he’d rather hang out with mom than the guys from time to time. Maybe some Nexus 6P users will lose their stock Android identity, but I happen to believe that’s a good thing.

I know, I know. Many will disagree with me. “There’s nothing better than stock Android” is a phrase I’ve read on social media hundreds of times within the last few years. Stock Android is considered to be the purest Android experience money can buy, and, though few ever provide reasons why stock Android is the best, many treat it as though it’s blandness is something to be praised.

I do not know why, and it’s likely the case that I’ll never understand its appeal. I think stock Android’s appeal has something to do with fast updates, but I fail to appreciate fast updates that add nothing new to the experience. How can you appreciate a meal getting to your table at the restaurant in 10 minutes instead of 30, if it looks as half-baked as the 30-minute meal does?

But the problem I have with Android, surprisingly, is with Google’s new mantra and how Android users respond to it. You’ve heard of Google’s “Be Together, Not The Same,” right? The message is clear: within Android, there are a number of manufacturers who have different devices with different UIs and software. All manufacturers and their users can be together under the Android umbrella and be different and unique. Google wants it to be known that Android’s best feature is its many OEMs, their different UIs and overlays, and their distinctions.

But I fear that Google’s new slogan only sounds good in promo videos (such as this new one) and on the lips of diehard Android fans. In practice, Android is far, far away from being together, yet not being the same. In fact, Samsung’s Galaxy S7 and S7 edge, bearing Samsung’s own proprietary TouchWiz UI, are already becoming the butt of Galaxy S7 jokes on the Web.

If you don’t believe me, go check your social media. The day won’t pass at Google+ without someone writing “I love the Galaxy S7 and S7 edge, but TouchWiz just sucks,” or “the problem with the Galaxy S7 and S7 edge is that they bear Samsung’s software.” Hopefully, you see the nonsensical nature of that last statement. Would we say that the problem with Google’s Nexus is Google’s software? Would we tell LG to eliminate its poor software? If Samsung makes its devices and crafts the hardware, why shouldn’t it have the right to create pre-installed software for its devices? I fear that Samsung is the only OEM that it’s popular to criticize these days.

It all boils down to this: Samsung is an Android OEM that brings its own unique software and flair in TouchWiz to the Android table. If we can “Be Together, Not The Same,” then why can’t we learn to embrace TouchWiz’s quirkiness for what it is without trying to change it? You can’t say Google’s new slogan, all the while continuing to criticize Samsung’s TouchWiz UI. It’s like saying, “Be Together, Eat Different Meals” while complaining that your best friend is eating a different pasta than you are. It just doesn’t make sense, and it goes against the spirit of the slogan. Heck, even Google needs to remember this the next time it attacks Samsung for “doing too much” within TouchWiz. 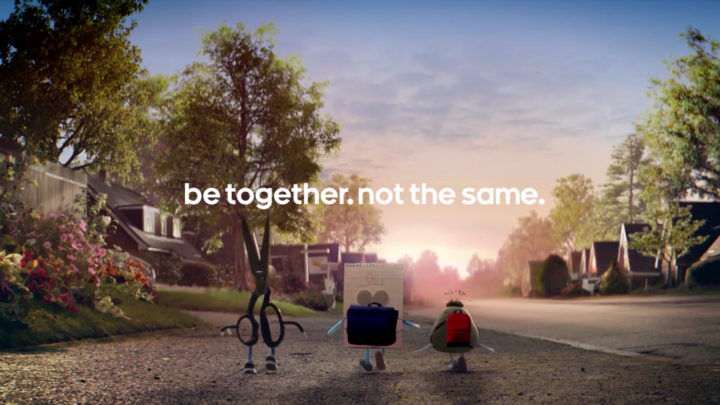 The Galaxy S7 and S7 edge are shipping early for some lucky T-Mobile customers, but their arrival to market provides a good opportunity for Android owner Google and Android users as a whole to put Google’s new slogan into practice. When we realize that saying “Be Together, Not The Same” while trying to make TouchWiz “Googlicious” is logically atrocious, and that fragmentation within Android is a reality to be celebrated, not a wrinkle or a pimple that we need to hide, the Galaxy S7 and S7 edge (see our Galaxy S7 and S7 edge hands-on impressions) will elicit a different response than the devices of yesteryear.

The million-dollar question is, can you be a vanilla Android fan and appreciate Samsung’s TouchWiz? If you’re a TouchWiz fan, what do you appreciate most about it? What software features stand out to you or are your favorite(s)?