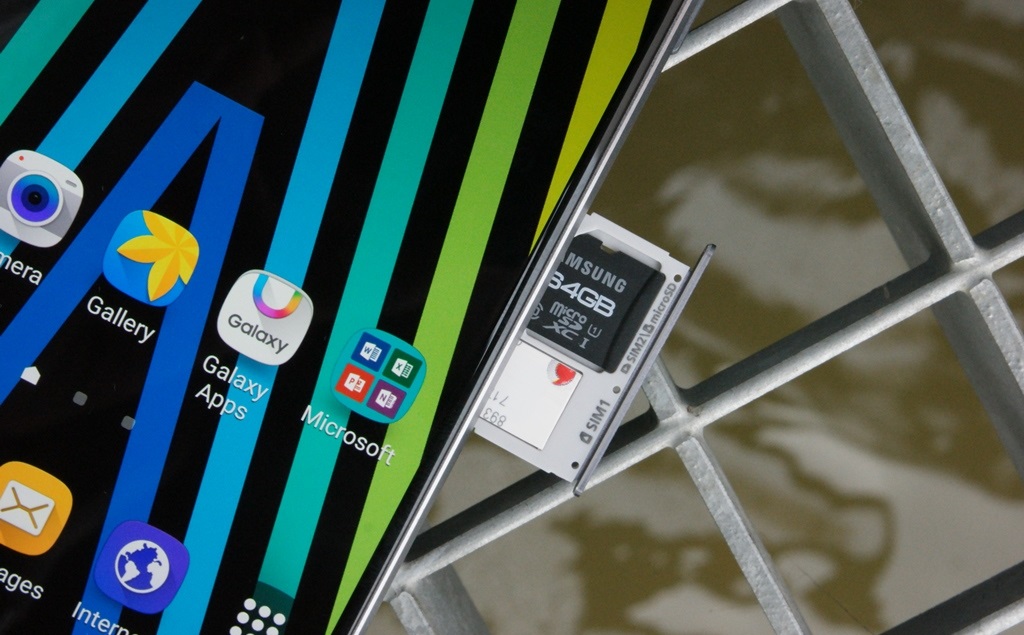 It started sometime last year, or maybe sometime in 2014. I don’t exactly remember, but the hybrid SIM slot made it to Samsung devices at some point to offer users with a dilemma they should never have to face. For those unaware, a hybrid slot is a dual SIM slot that supports both a SIM card and a microSD card in the second slot, but sadly you have to choose whether you want your device to be a dual SIM device or give it more storage.

The hybrid slot was a major highlight on the original Galaxy A series, and was also seen on some cheaper Galaxy devices. The Galaxy S7 and Galaxy S7 edge, too, come with a hybrid slot in some markets. If you take a trip to Samsung’s website, you will see the company touting the feature like it’s a good thing – it acts like it gives you the choice to select what kind of expandability you want. As I see it, it’s simply a matter of fooling the consumer into thinking it’s a good thing, when it fact the hybrid slot is an evil feature that should just go away.

The biggest – and perhaps only – issue with the hybrid slot is that it limits the user in an area where there should be no limitations. Especially in markets like India, where there is heavy demand for both dual SIM functionality and expandable storage, with the latter a result of high-cost data plans. Even if someone has enough money to buy a premium mid-range device like the Galaxy A series or the flagship Galaxy S7, people in these markets want to be able to use two SIM slots without giving up on the microSD slot.

It’s great to see the microSD slot return on the Galaxy S7 and Galaxy S7 edge, but in 2016, the dual SIM version really shouldn’t be putting any constraint on the consumer. Companies like HTC and LG have been offering dual SIM high-end devices for some time now, and other than the design, I don’t see why Samsung can’t make space for a microSD slot and two SIM slots on a single smartphone.

Yes, the Galaxy S7 and Galaxy S7 edge are thin, have large batteries at the same time, and are just plain beautiful. But the hybrid slot just doesn’t cut it – not on the new flagships, nor on the Galaxy A (2016) lineup, or on any other device. Maybe Samsung will be able to fit in two SIM slots and a microSD slot on next year’s flagships and premium mid-range offerings, but for now, it needs to stop advertising it like a lifesaving feature.