Together with the Galaxy S7 and S7 edge, Samsung announced the Gear 360. This is a camera that can shoot pictures or videos in 360 degrees. Equipped with two 15-megapixel f/2.0 fisheye lens cameras, IP53 certification for dust and water resistance, and a light and compact design, the Gear 360 is made to be carried with you wherever you go. There’s a microUSB port for charging and a small 1,350 mAh replaceable battery inside this little camera. MicroSD cards of up to 128 GB are supported. We couldn’t test the product ourselves but Samsung did it for us. How does it work? Well, it’s rather easy! After you connect the camera to your smartphone using Bluetooth you can open the Gear 360 app and hit the photo or video button. After you’re done you can send your files to your phone, which happens quickly through Wi-Fi Direct. Thanks to Samsung’s latest Exynos processor, you can watch the 360 degree photo or video on your phone. The camera makes a sequence of photos and stitches them together seamlessly into one image. Again, the Exynos SoC helps here thanks to its horsepower, as otherwise the process would need a PC. All these photos and videos can be shared on Facebook, YouTube and other networks. Of course, these 360 degree photos and videos can also be viewed on the Gear VR. You can use motion control or swipe the screen for navigation through the images. Overall, the product looks promising, somewhat cute and similar to BB-8 from Star Wars. We think it’s great to have with you on vacation or special moments like your wedding. Heck, even for Samsung’s Unpacked event, which is being streamed live from four different angles.

The Gear 360 goes on sale in the second quarter of 2016 with a price tag of Euro 419. It’s not exactly cheap but not very expensive either in our opinion, for what it is offering its users. 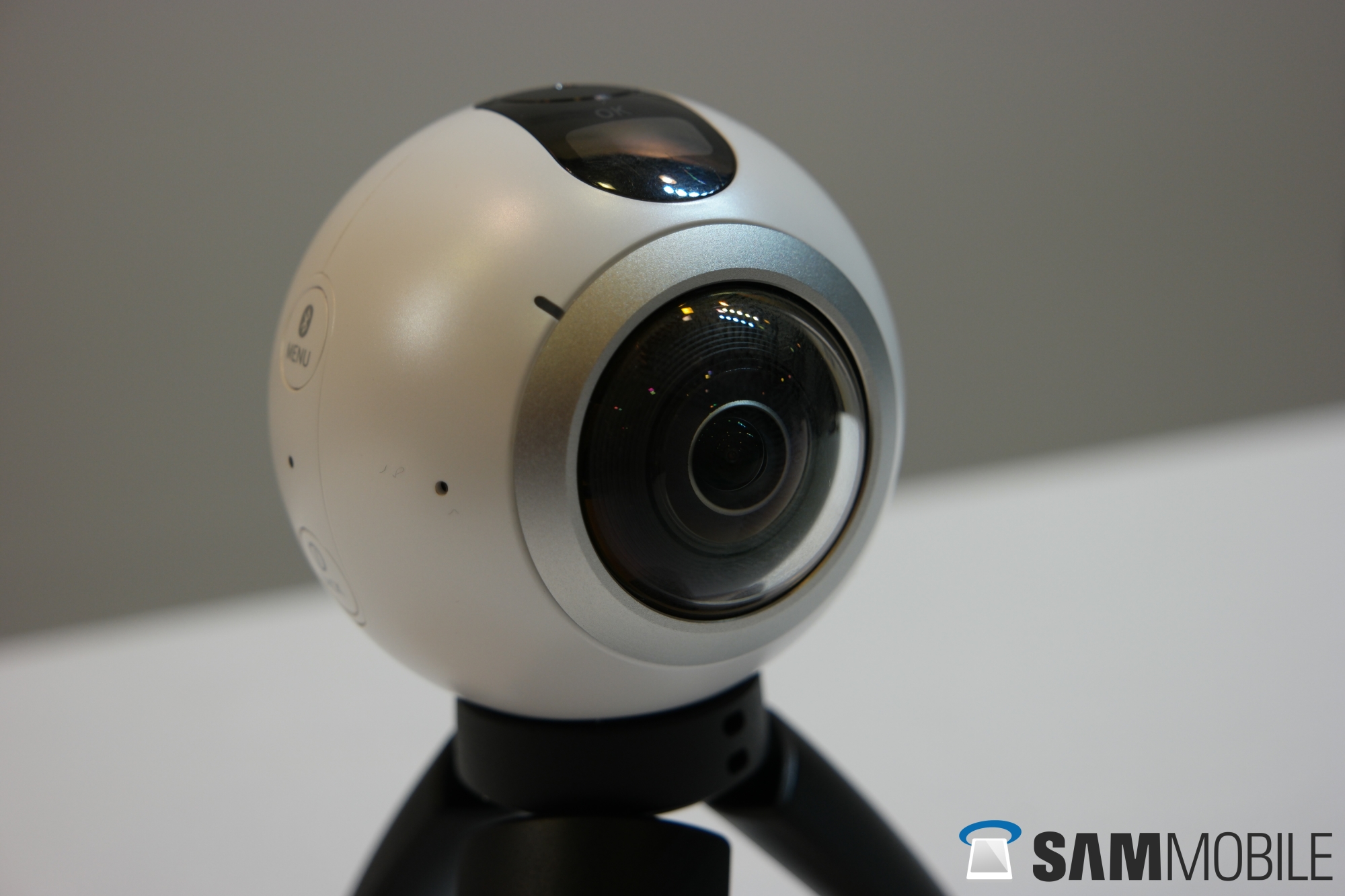