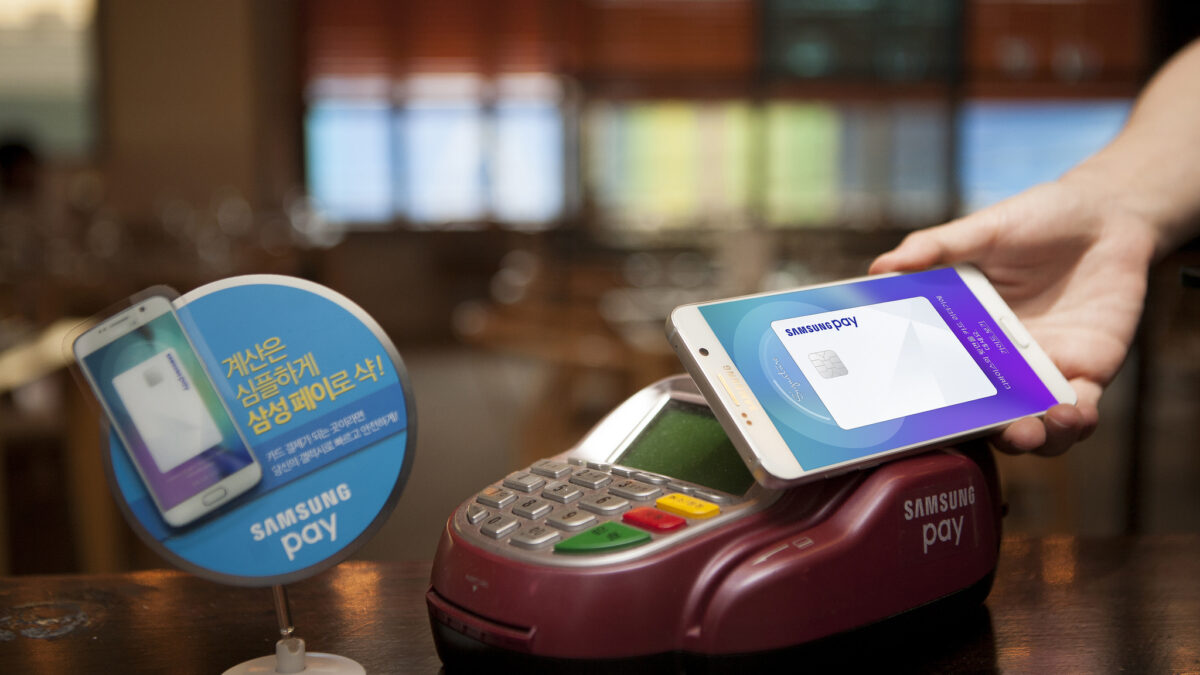 Samsung is no stranger to taking swipes at Apple in its advertisements and it’s sticking with that strategy in the latest ad for its mobile payments service Samsung Pay. The ad follows comedian Hannibal Buress to New York’s iconic Katz’s Deli where he purchases the infamous pastrami sandwich and things get interesting when he asks to pay with his phone.

“You mean like Apple Pay?” asks one of the employees at the deli, “We don’t have that,” he says. Buress replies “No, like Samsung Pay,” and then proceeds to show how he can make the payment using Samsung Pay by just hovering his phone over the conventional credit card machine. It works like a charm even though the deli staff insist that it won’t work since they don’t have any of the fancy terminals that are required for most mobile payment services.

This really is one of the biggest reasons why Samsung Pay’s adoption has increased significantly ever since it was launched, it does work with fancy NFC payment terminals, but it also has support for magnetic secure transmission. That’s the technology used to process credit card swipes through POS machines, so Samsung Pay is able to process payments even if the merchant only has a regular card machine. Samsung has been pushing this point in all promotional activities for the payments service, the fact that it’s widely accepted as opposed to rivals like Apple Pay, all users need to have is a card from any of the countless supported financial institutions and a Samsung smartphone and then they’re good to pay with just their phone anywhere they can pay with a credit or debit card.