Like clockwork, the Consumer Electronics Show (CES) will soon be back for another round in 2016, and Samsung is all set to make its presence felt at the event. The company has formally announced its keynote and press conference timings for CES 2016; the press conference will kick off at 2 PM on January 5, while the keynote will happen two days later at 9 in the morning.

The keynote will be all about Samsung’s plans for the Internet of Things (IoT), no doubt about how the manufacturer will be working on connecting all its different appliances together as part of its Smart Home initiative. From January 6 to January 8, Samsung’s booths will be open for visits from CES attendees so that they can take a look at the “latest innovations in TV, home appliances and more” from the Korean giant. 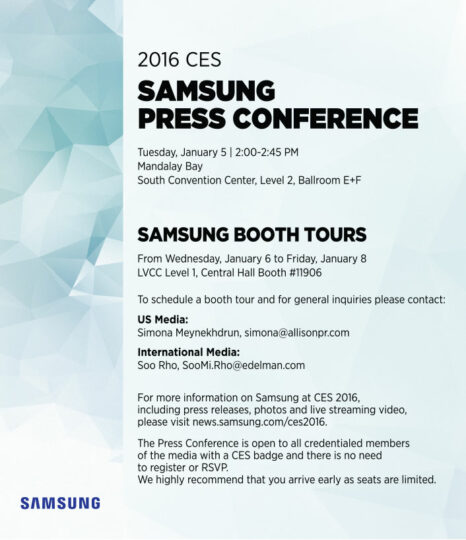