Report: One in five smartphones shipped during Q2 2015 was from Samsung

Counterpoint Technology Market Research, an independent market research and consulting firm, has just released its quarterly smartphone sales report, which shows that Samsung is still ahead of its competitors in the smartphone market. According to their latest report, one in five mobile phones shipped worldwide during Q2 2015 was a Samsung device. This is not a big surprise considering that Samsung holds 21 percent of the global smartphone market.

Other data included in their research shows that Huawei is gaining a lot of ground as the Chinese smartphone brand became the third largest handset manufacturer, even surpassing Microsoft. Asus also has shown quite an improvement, and has been labeled the ‘fastest growing brand’ as it grew five times compared to last year. Samsung and Apple are also reinforcing their position; for instance, Apple generates more smartphone sales revenue than all the other players combined (excluding Samsung). 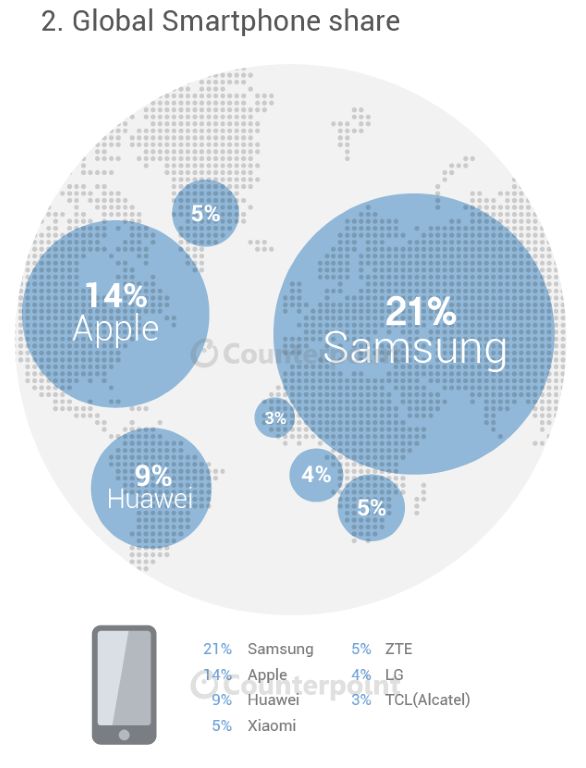