Samsung SM-G150N shows up, could be the Galaxy Young 3 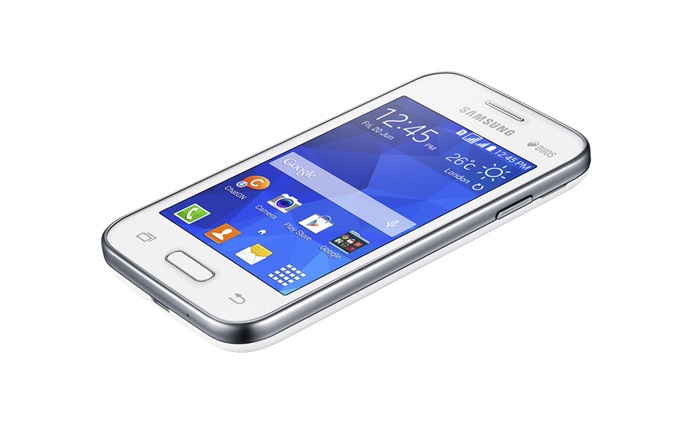 A new Samsung handset, carrying model number SM-G150N, seems to be nearing an official release. The SM-G150N has recently been certified by the Bluetooth SIG, listed in the IMEI database, and been sent to India for testing. No name is attached to the device at the moment, but it could be the Galaxy Young 3 as the Galaxy Young 2 – launched last year – had the model number SM-G130.

On the import tacker website Zauba, the SM-G150N is listed with varying pricing (starting from $99), suggesting that development on the device is at a stage where different models are being tested. A 3.8-inch screen should be part of the spec sheet according to the import database (the final screen size could change to a more standard 4-inch or 3.5-inch), though other hardware details are pretty much non-existent at this point. The device might not be called the Galaxy Young 3 when it is released, but we can be sure that it will feature some extremely low-end specs. 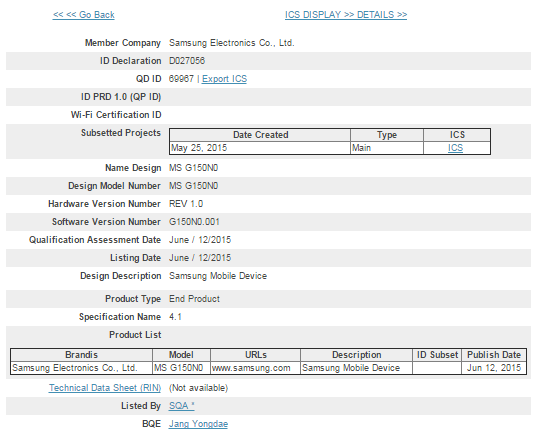 New entry-level Samsung smartphone found in UAProf, could be the Galaxy Young 3

A new entry-level Android smartphone from Samsung, the SM-G150NL, has surfaced on the Internet. A user agent profile of the device was discovered on Samsung’s own website by the guys over at NapiDroid.hu. Going by its model number, the device appears to be a successor to the Galaxy Young 2 (SM-G130). It device will have a screen […]

Yesterday, Samsung announced the Galaxy S5 mini as a compact version of its 2014 flagship, but just a day before, the company also announced four budget smartphones, the Galaxy Ace 4, Galaxy Core II, Galaxy Young 2, and the Galaxy Star 2. Today, pricing info for three of those devices has been revealed by Samsung […]

Four new phones in a single go? You better believe, as that is exactly what Samsung is doing with the Galaxy Ace 4, Galaxy Core II, Galaxy Young 2 and Galaxy Star 2, budget handsets that have been launched by the company in its ongoing efforts to have a galaxy of phones (pun wholeheartedly intended) in […]

In 2011, 2012 and this year Samsung brought plenty of Android devices. Today we received, through our insider the first pre-list about upcoming Android updates from the Korean giant. Samsung will update the Galaxy S II and Note to Android 4.2.2 but this will be the last update for these devices. This means the Galaxy S […]

Samsung showed us one of it’s low-range device at the Mobile World Congress in Barcelona, the Galaxy Young. The Galaxy Fame was reported by Samsung and uses very low specifications which is specially for the android starter or the person who wants to have a small android device. The Samsung Galaxy Young uses the latest TouchWiz […]