Thinking of rooting your Galaxy S6 or S6 edge? Don’t, or you’ll lose this important feature 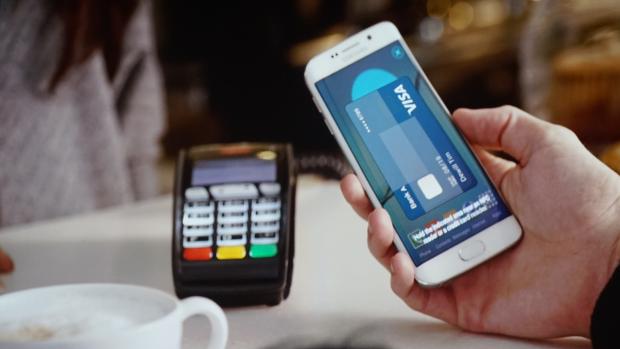 Samsung just released two great smartphones earlier this month, the Galaxy S6 and the S6 edge, which have been selling like hot cakes. Even though Samsung has cut down on a bunch of bloatware in the newer version of TouchWiz, some people are still rooting their new devices in order to disable apps that can’t be normally turned off. However, we advise you to refrain from rooting your device, as it will disable Samsung Pay, just like KNOX. When you root your device, the integrity gets breached, which is necessary for important and sensitive features like mobile payments.

If you think that Samsung Pay is of no use to you, think again. Samsung Pay debuted with the Galaxy S6, and makes use of your fingerprint to authorize payments through your smartphone at payment gateways. Just like Apple Pay you would think, but that is not the case. Samsung Pay is better than its competitors – Apple Pay and Android Pay – as it is compatible with MST (Magnetic Secure Transmission) as well as NFC based payment systems.

MST is a technology that allows you to pay from your smartphone on almost any magnetic stripe payment gateway – that little payment terminal where you swipe your regular credit or debit card. When you tap an MST capable device on the side of the payment terminal, the magnetic stripe code of your debit or credit card is transferred to the gateway, and the register inside the terminal thinks that you’ve swiped your card.

Samsung acquired LoopPay in February, in order to use MST in the Galaxy S6 and the S6 edge, and in the future, we’ll see more Samsung devices making use of Samsung Pay. Even though LoopPay’s idea was better, they initially failed because they were trying to sell cases for iPhones which were embedded with MST, and they didn’t look great. However, now that Samsung’s devices are embedded with that technology, the adoption would be much better.

Samsung Pay will make its debut in the US and Korea this year, and will expand to other countries soon. Samsung has tied up with MasterCard, VISA, American Express, Bank of America, Citi, JPMorgan Chase, and U.S. Bank to work with Samsung Pay. The South Korean smartphone giant is even working to tie up with CITIC, which is the largest financial institution in China and Hong Kong, for Samsung Pay.

Right now, it is estimated that less than 300,000 merchants in the US who accept NFC-based payments, and this number is quite small. While Apple is trying hard to make retailers and merchants upgrade their payment gateways, it will still take a few more years when every major merchant does that, and this is just about the US. Think about other developing regions in the world. At this point of time, Samsung Pay is a much better payment system if you want to use your smartphone for making payments.