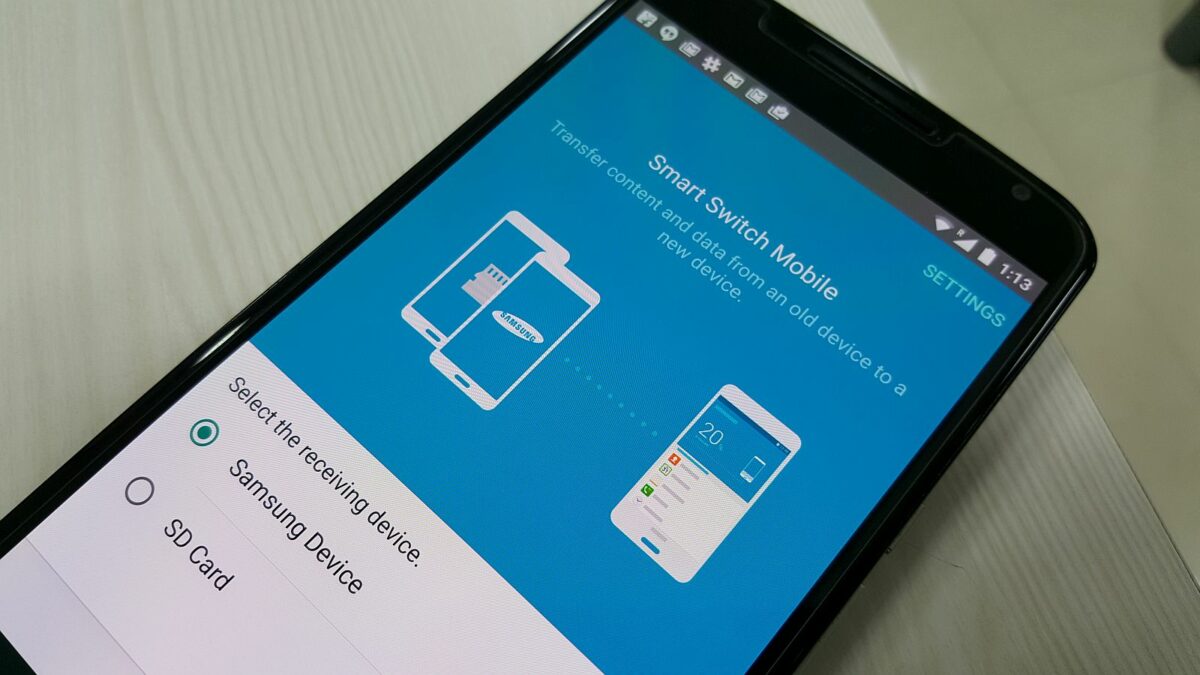 Transferring content from an old smartphone to a new one is never an enjoyable task, but it certainly is necessary for people switching to a new device. When I bought the Galaxy S6 edge and fired it up, the phone suggested me to use Samsung’s Smart Switch app to transfer my data from another device. That prompted me to pick up my Nexus 6 and search for the Smart Switch app on the Play Store, but as it turns out, it didn’t show up in the search results.

The app does show up on my Note 4 – which is running a stock Android 5.1 ROM instead of Samsung’s default software – so it seems that device compatibility is the reason why Smart Switch failed to show up on my Nexus 6. Thankfully, the app did work after I manually installed it on the Nexus 6 using the APK file, but I’m sure there are many users out there that are switching over from a non-Samsung device and probably facing the same issue as I did.

The lack of expandable storage on the Galaxy S6 and S6 edge further accentuates the problem, so if you’re among those that cannot find Smart Switch on their existing device, you can download the app’s APK file and install it manually. It works without any issues and is safe to install, so go ahead and hit the link below to grab Smart Switch and truly make the switch to your shiny new Galaxy S6 device.