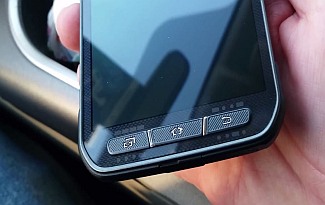 There’s no denying that the Galaxy S6 and S6 edge have put Samsung back in the limelight again, with many former critics pronouncing the Android OEM’s success in the smartphone market once more. At the same time, however, there are some long-time Samsung faithful who are disappointed with the new devices: both sacrifice cherished features for a sexy body and frame in an effort to appease hardware-hungry consumers and tech enthusiasts.

We’ve gotten our hands on some new evidence that seems to indicate Samsung still cares about its old-school customers who’ve never abandoned the company (even in its “plastic is fantastic” days). Reddit member garshol met with a Samsung representative earlier this week to find out about what to expect from the Galaxy S6 Active. Garshol states he was told by the rep that the Galaxy S6 Active will feature specs that are “similar to the S6” but “no fingerprint reader and pulse reader.” As for the differences, we could see a “less good camera, may come with OIS,” “buttons on the front,” and, surprisingly, an “SD card reader.”

Interestingly enough, the discussion also mentions why Samsung decided to drop the water resistance, removable battery, and microSD card slot in the first place. Those details are worth reading at the link below.