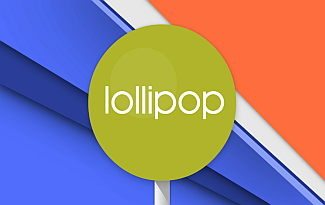 We reported two weeks ago that Android Lollipop, Google’s latest OS update that’s been making its way worldwide and into the North American continent (US), had finally come north of the US border to Canadian Galaxy S5 users. Bell announced the update on its own website, but no other carriers had published an official announcement at the time.

Today, we’ve received word from Koodo Mobile that Lollipop has now arrived for its Galaxy S5 users, with a build as recent as 6 days ago (March 10). Rogers started pushing the update around the same time as Bell, but has currently halted the update.

The circumstances surrounding the halt come from a Rogers Galaxy S5 user who downloaded Lollipop onto his Galaxy S5 but experienced a reboot loop problem upon installing the new update. The update loaded onto the device, but he contacted Rogers about the problem. In turn, the carrier sent him a replacement device.

Upon receiving the new Galaxy S5 replacement, he set about configuring the device, logging into his Gmail account, and so on. This time, upon preparing to download Lollipop, things didn’t go as planned: there was no update, the screen said that he was on the current update (at 4.4 KitKat). Over the last week or so, he’s continued to attempt the download, but hasn’t seen anything hinting that the device will receive Lollipop.

Today, it was discovered that the individual will not receive Android 5.0 anytime soon because There were issues with the update so it has been removed from the FOTA server, a Rogers representative said at the GS5 user’s Reddit post. As for when Rogers Galaxy S5 users can expect the update? Samsung is working on a fix as we speak, but we don’t have any additional details as to when it will be re-released, the representative said.

So, if you’ve been wanting to grab the latest update, there’s no need at this point. Hopefully, Koodo Mobile users will have better luck.

The May security update has been released for the Galaxy Note 9 in the US and Canada. Stateside, T-Mobile is the first carrier to push this update, while multiple carriers–Rogers, Virgin Mobile, SaskTel and Koodo–have released the update in Canada. The update for the Canadian model brings the camera changes included in the second May […]