Samsung has announced that it has started mass producing world’s first high-density ePoP (embedded Package on Package) memory modules which are intended to be used in high-end smartphones and tablets. It is a single memory module which consists of 3GB LP-DDR3 DRAM, 32GB eMMC, and a memory controller, thereby reducing the overall physical space by around 40 percent if they were to be used as separate chips. Samsung already offers similar chips to be used in wearable devices. The LP-DDR3 RAM module , which uses 20nm technology, operates at a transfer speed of 1,866Mbps and supports 64-bit communication. The complete module measures just 15 x 15 x 14 mm, thereby allowing smartphones and tablets to be even more compact without sacrificing on performance.

Jeeho Baek, Senior Vice President of Memory Marketing at Samsung Electronics, said, “By offering our new high-density ePoP memory for flagship smartphones, Samsung expects to provide its customers with significant design benefits, while enabling faster and longer operation of multi-tasking features. We plan to expand our line-up of ePoP memory with packages involving enhancements in performance and density over the next few years, to further add to the growth of premium mobile market.”

It is possible that Samsung’s upcoming smartphone, the Galaxy S6, will also use the same memory module, since the device is expected to feature 3GB RAM and 32GB internal storage space. 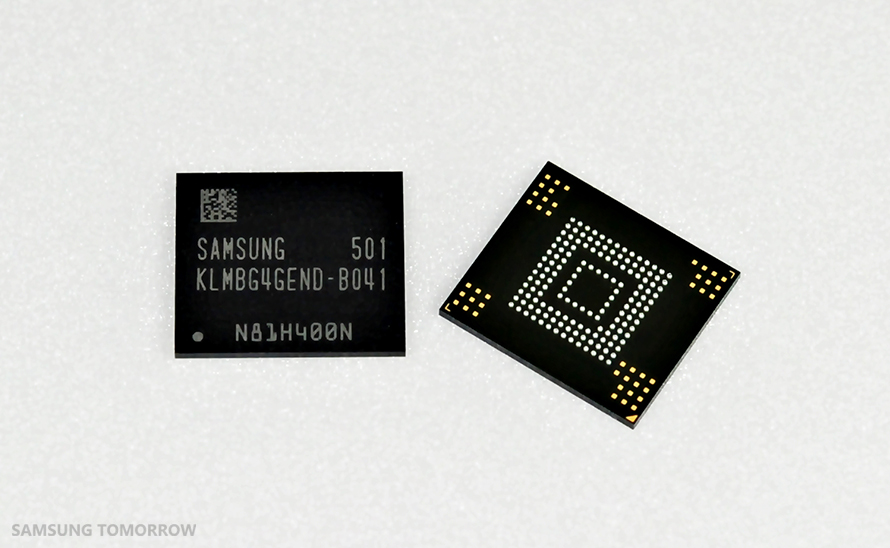