Samsung Z1 getting its second software update in a week

The Z1 is quite an important device for Samsung, as it spearheads the company’s foray into the smartphone market with its own mobile OS. Reports have suggested that the Z1 has been doing quite well in India, and it looks like Samsung is working hard on supporting its first Tizen-based smartphone, as the company has released two software updates for the device in only 10 days since it went up for sale. Both of these updates come without a proper changelog (Samsung simply mentions that updates can improve performance and fix bugs), but we have found the device to be more responsive after upgrading.

Overall, it’s great to see Samsung pushing out software updates to the Z1 in quick succession. It’s support that we wish the company would extend to its Android devices as well, but we’re not sure that will ever happen (partly because Android isn’t Samsung’s own OS, and partly because it would want to make sure consumers have as many reasons to buy its Tizen phones as possible.)

If you have the Samsung Z1, be sure to head into the Settings » About device » Software update menu and check for the updates manually, as neither showed up on our device on its own. Both updates are around 16-20MB in size, and you should see software version Z130HDDU0BOA3 after installing them. 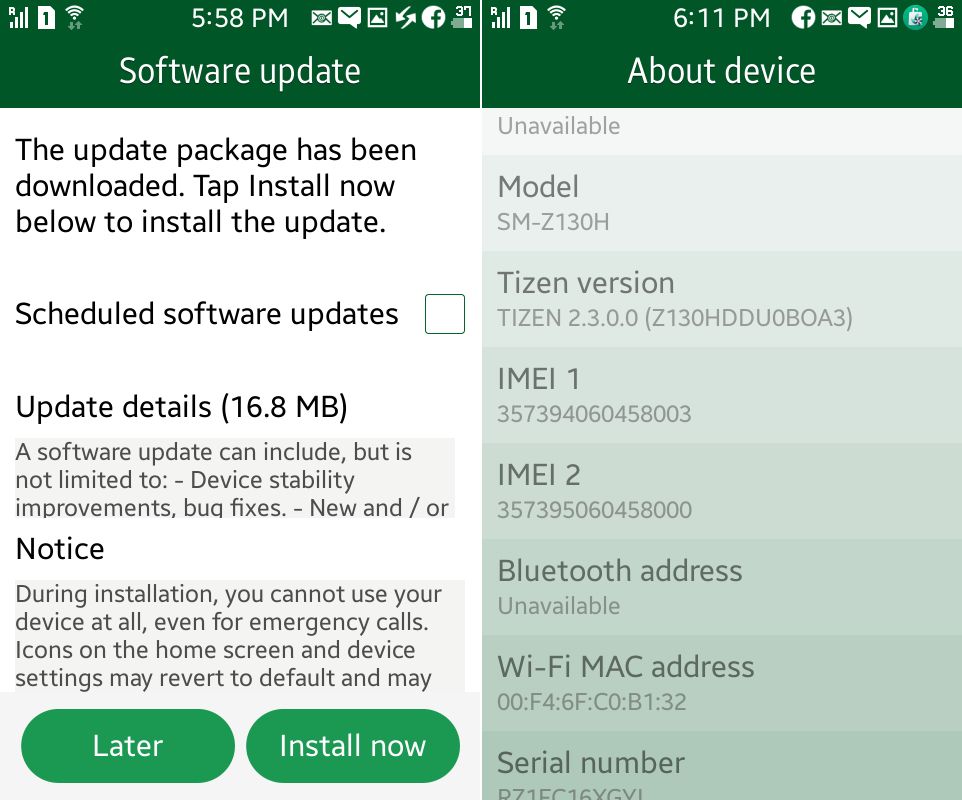 Here’s why you should upgrade your Samsung Z1 to Tizen 2.4

A little less than a year ago, the long-awaited Tizen 2.4 update finally started making its way to the Samsung Z1 in Bangladesh, India and a handful of other regions. It’s been revealed by Samsung, however, that an eye-watering 46% of all Z1’s in the wild are still running Tizen 2.3, which sparks the question: “Why […]

Samsung Z1 gets a price cut on Snapdeal

Almost two years after it launched in India, Samsung’s first Tizen-powered smartphone has been subject to a pretty hefty price cut. When it first hit the shelves in the region back in January 2015, the Samsung Z1 carried a price tag of Rs. 5,700 ($85), but now you can pick one up through Snapdeal for […]