It was with the Galaxy Round when Samsung initially started experimenting with curved screen technology. It was the company’s first smartphone with a curved display, and was launched only in Korea, as the Korean firm wanted to obtain feedback on the new display technology before rolling it out to the masses. Many who actually used the device said the curved screen didn’t make much of a difference to the overall user experience. It was just like any other smartphone, except the display being curved from the sides, and wasn’t worth the high price tag.

However, the Korean giant didn’t stop just there and came up with a brand new idea in the form of the Galaxy Note Edge – its latest experiment. The Galaxy Note Edge is the company’s second curved screen smartphone, and its first device to sport an edge display. In today’s Feature Focus article, we will tell you everything there is to know about the Edge display.

Unlike the Galaxy Round, the Korean firm only curved the right side of the display, which significantly disturbs the ergonomics of the device – the only downside. The main idea behind the Edge display is to use it as a companion to the primary display, which is why the Note Edge features a WQXGA (2560x1600x160) resolution. The Edge display is made up of 160 pixels, while the main display has an entire Quad HD (2560×1440) resolution at its disposal. The extra 160 pixels allow the software to treat the curved area as an independent screen, which is what makes this concept so brilliant and different.

Let’s talk about the software now, because that’s where the real magic happens. Samsung has developed a proprietary panel-based software for the Edge screen, which allows you to access your favourite applications and features quickly and easily without interrupting what you’re doing on the main display panel. 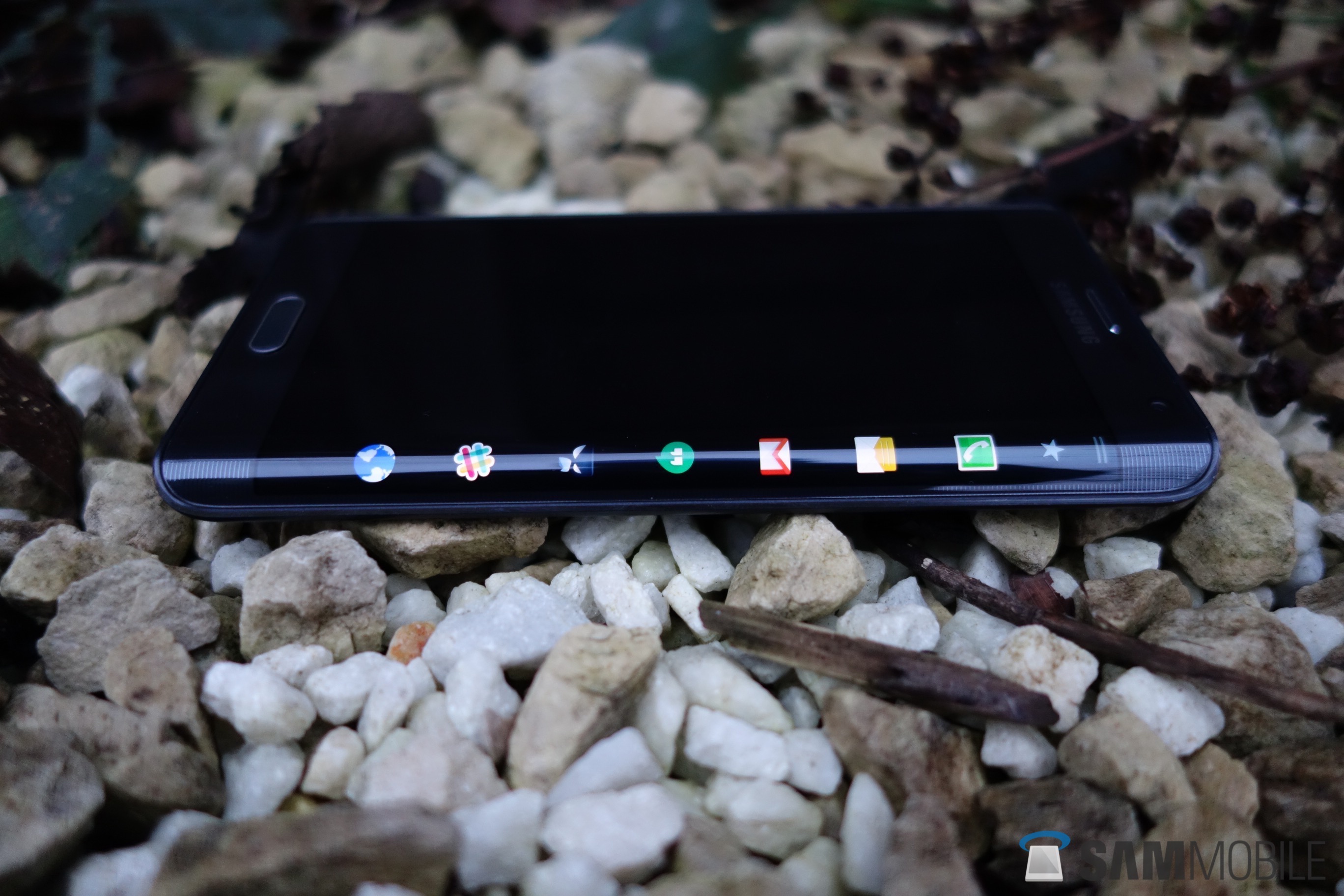 The Korean giant ships a plethora of pre-installed panels on the Galaxy Note Edge, which include favourite apps and contacts panels, briefing panel, pedometer panel (powered by S Health), finance, news and sports panels (powered by Yahoo!); third-party panels can be downloaded from Samsung’s app store as well. You can enable and disable the panels of choice by going into the Managing panels settings. To navigate through the enabled panels, the Edge screen can be swiped left and right.

There are some people who love to customise things, just so that they can make them their own. Well, if you’re one of those people, then you’re in for a treat, because the Note Edge features an Express Me panel which allows you to add a wallpaper, personal message, or handwritten message to the Edge screen. However, the Express Me panel is only displayed on the Edge screen while the device is locked.

Then there’s the quick tools panel which hosts a collection of quick and easy functions and applications, including Ruler, Stopwatch, Timer, Torch, and Voice Recorder. As it’s a special panel, you would need to swipe downwards from the top of the Edge screen to access it, and swipe upwards to close it.

With the help of the Edge screen SDK, application developers can also utilise the extra real estate to provide a better user experience to the consumer. The Korean firm has already optimised a few stock applications on the device which take advantage of the curved area. For example, in the Camera and S Note app, Samsung moved all the controls to the edge screen, which cleared up a lot of room on the primary screen.

One of our most favourite features of the unique curved screen is, Night Clock. By enabling Night Clock, you can use your device as a desk clock. So, how does it work? Well, you select the time of the day, and then the edge screen will light up with the time and date, weather, and alarm, according to the timeframe chosen by you. And, as the Note Edge features an AMOLED display, rest of the display will be completely off; which means the Night Clock won’t drain your battery.

Also, there’s a way to wake-up the Edge screen, while the main screen is off. Many aren’t aware of this feature, but you can swipe the edge screen left then right, or right then left, in one quick motion to wake up the Edge screen only and use your device as a desk clock, or view your notifications. 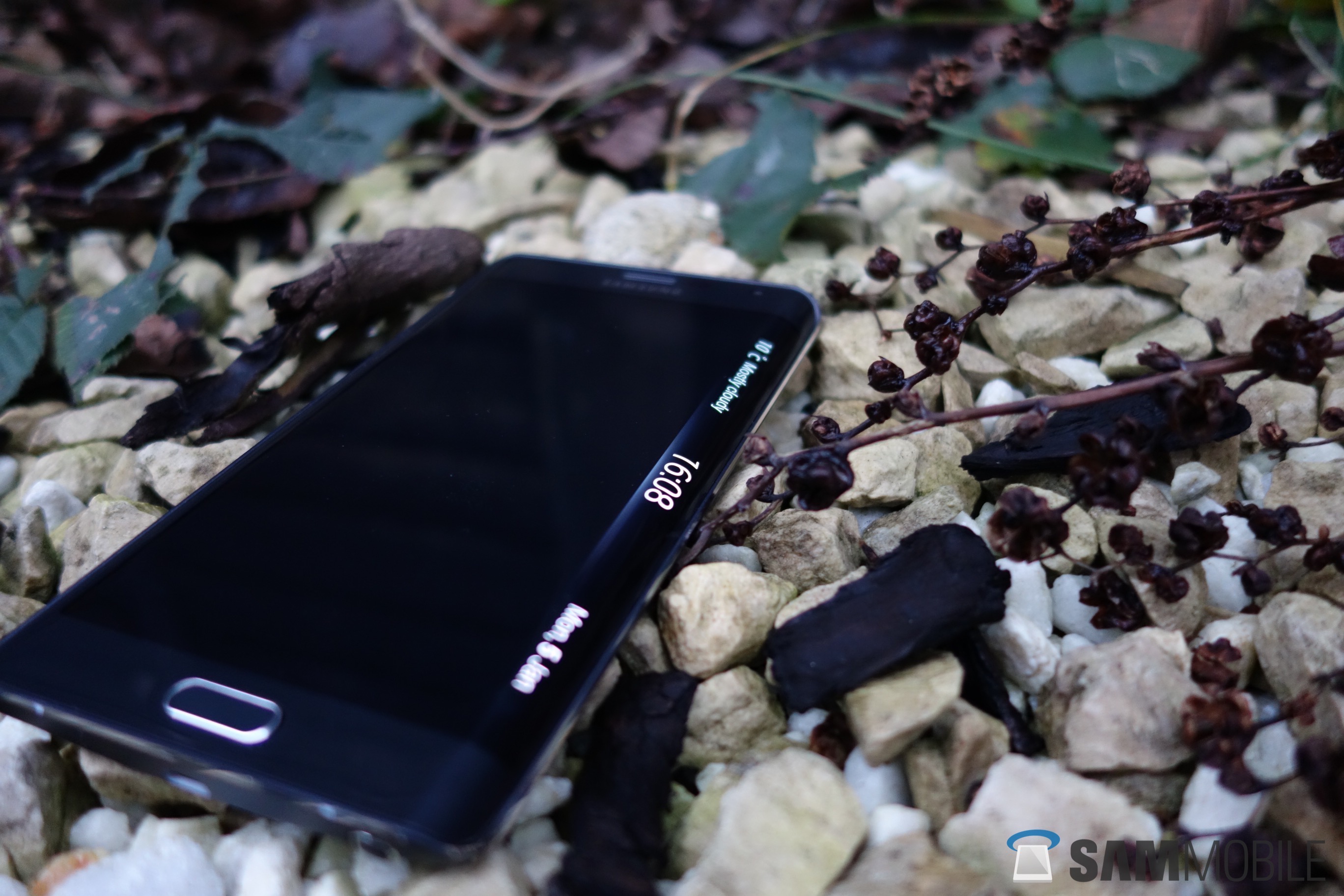