The device features a 4.8-inch WVGA display, a 5-megapixel primary camera with LED flash, and 1080p video recording. Just like the Galaxy A3 and the Galaxy A5, the leaked device features a 5-megapixel secondary camera with 1080p video recording. It appears that the device is currently running Android 4.4.4 KitKat, but Samsung will most probably release it with Android 5.0 Lollipop if it wants to take full advantage of the 64-bit processor inside it. 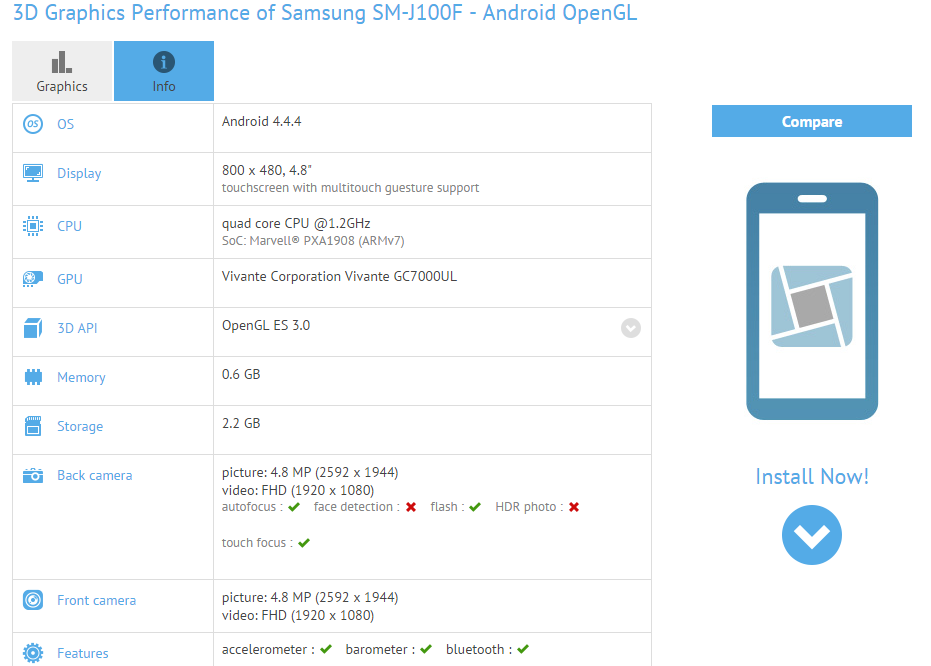