Last year, Samsung introduced the Galaxy S4 zoom, a phone and camera hybrid that was bulky but boasted a high-resolution 16-megapixel camera sensor with 10x optical zoom. The S4 zoom was more of a camera that you could use as a phone, and was mainly intended by Samsung to try and create a new market. This year, the company is back with the second-generation camera/phone hybrid, called the Galaxy K zoom, which breaks away from the traditional naming scheme and suggests a new line of products that doesn’t follow after Samsung’s flagships.

The Galaxy K zoom has received a significant spec bump, namely a 20-megapixel camera sensor, a larger screen, and a better processor, so let’s find out if this year’s zoom is actually something better than a camera and phone hybrid.

If we look at the front of the device we just see what appears to be a phone. We see the traditional Samsung design language, with a speaker grill at the top and sensors to its right. At the bottom there is the traditional hard home button and capacitive keys for back and recent apps. At the right side of the phone is the volume rocker, a power button just below it, and the camera shutter button all the way at the bottom. On the left of the device is a single thing – a microSD slot for expanding the 8GB of inbuilt storage.

The most striking side of the phone is the back (or the front, depending on whether you see it as a phone first, or a camera), with the big 20 MP camera lens with Xenon flash on the left side. The back has received the same treatment as the Galaxy S5 – it has got the same perforated back, which we here at SamMobile HQ like quite a bit, since it’s not slippery and feels good in the hand, offering a solid grip. If we talk about the device’s weight, well, it’s distributed better than the Galaxy S4 zoom – where the S4 zoom was top heavy and felt like it would drop, I never had the same issue with the Galaxy K zoom. 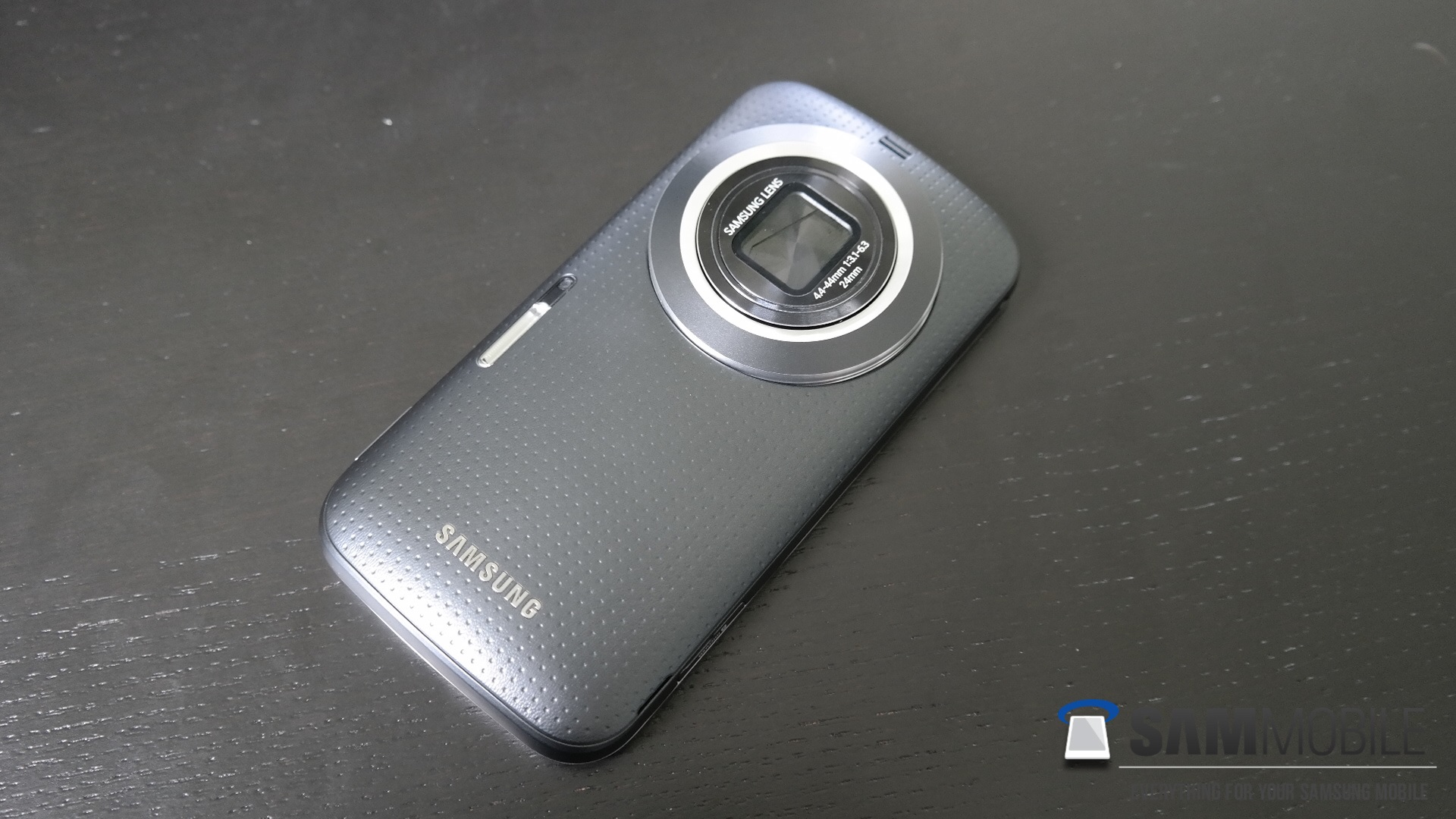 This year’s edition of Samsung’s phone and camera hybrid has a bigger screen – 4.8-inch compared to the 4.3-inch screen from the S4 zoom. It has a resolution of 720×1280, resulting in a pixel density of 306 ppi, which is more than sufficient in most cases.

As with all of Samsung’s Super AMOLED displays, the colors on the display are oversaturated, the whites turn blue because of a cold color temperature, and this can make previewing photos on the device a bit untrustworthy, since you might not be seeing the actual colors that will be captured. The K zoom hasn’t got the brightest display in the market, which means in direct sunlight it isn’t very readable, another issue that might affect your photography sessions. Thankfully, the display can attain very low brightness levels, so you can read comfortably at night. 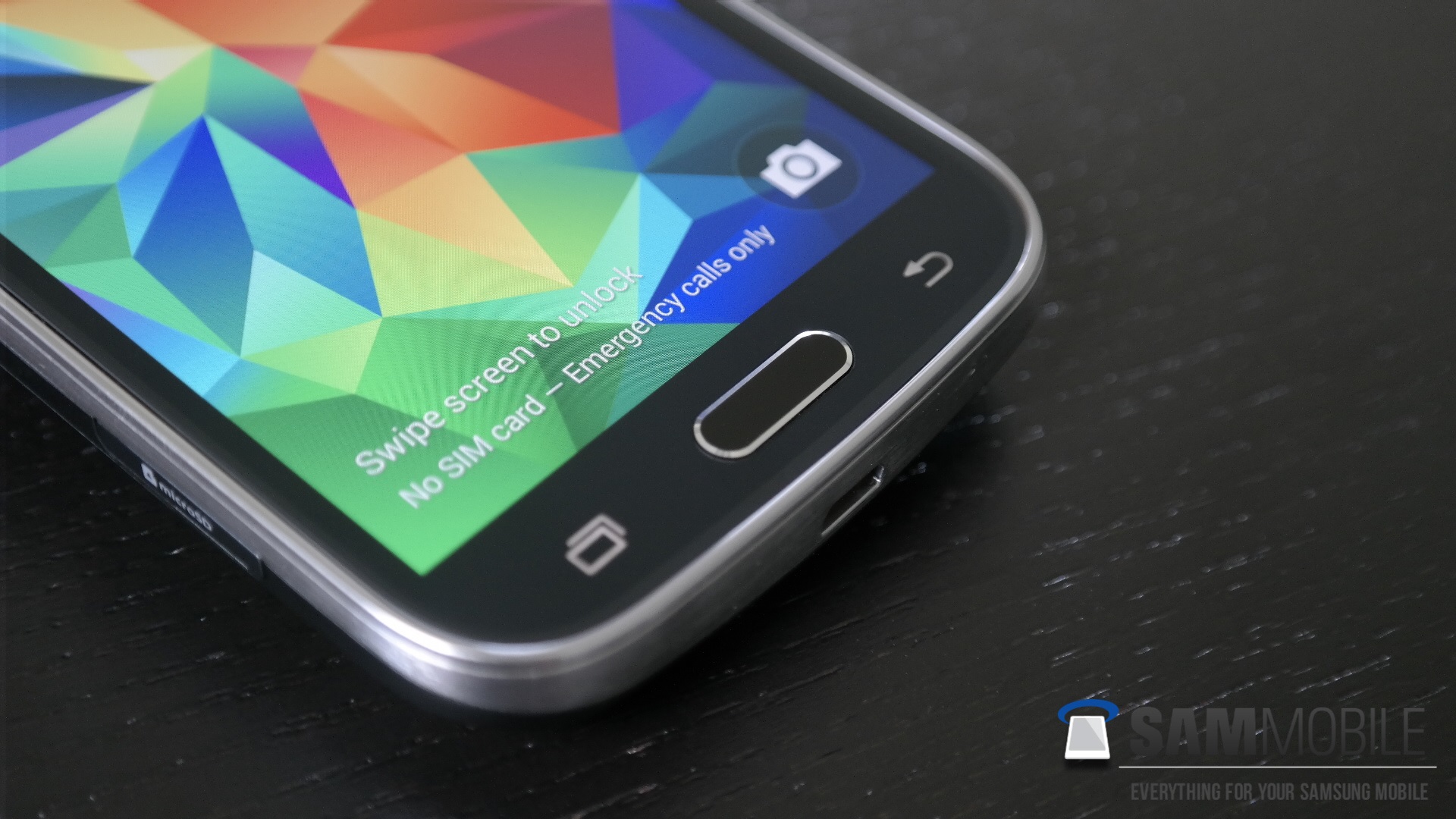 The Galaxy K zoom doesn’t surprise us much, with the latest TouchWiz UX which runs on top of Android 4.4 KitKat. The entire appearance of the software is the same as on the Galaxy S5 – it has the same flat appearance, with rounded icons in the settings menu, etc. As the interface resembles the Galaxy S5’s so heavily, it’s not surprising that the device offers pretty much the same apps and features, including Apps Toolbox, My Magazine, and Ultra Power Saving Mode.

Its settings menu comes preset in the grid view, which feels cluttered and not user friendly, so the first thing I would suggest you do is to set this to Tab view, which makes it much more bearable, though it still feels like Samsung has too many things crammed in there. The usual settings from TouchWiz are here as well, like a brightness slider in the notifications menu. Samsung has added shortcuts for S Finder and Quick Connect in the status bar as well – Quick Connect lets you connect to nearby devices quickly, while S Finder lets you search for content on the device and on the web.

All in all, things will be familiar for longtime Samsung users, and as we have always said, despite the busy nature of Samsung’s software, it is still quite easy to use and offers quite a lot of convenient features.

The Galaxy K zoom uses a hexa-core Exynos 5 processor, which has two 1.7GHz Cortex-A16 cores, four 1.3GHz Cortex-A7 cores, and a Mali-T624 GPU. It’s not the best SoC on the market but it is still very capable, and the K zoom runs through its menus with ease. Samsung has opted for 2GB of RAM, so there is no struggle for memory, something we are used to on other Samsung devices. There’s 8GB of internal storage with 4GB left for the user, which means you will need to rely on the microSD slot (up to 64GB cards are supported) for your precious photos, especially since a full-resolution photo takes up to 7.4 MB.

It’s time to focus on the star of the show: the camera on the K zoom. It sports a 20.7-megapixel sensor made by Samsung, with great specs like a large 1/2.3” sensor, 10x optical zoom (24-240mm), LED focus assist light, optical image stabilization, and a Xenon flash. The f/3.1 aperture is subpar though, compared to the much wider f/2 to f/2.4 aperture in most flagships.

You can zoom by pressing the volume rocker or you can use the onscreen slider to do this. When you’re at the lock screen, an easy way to access the camera is to press the dedicated camera button and the volume rocker at once. These two buttons need to be pressed for a short while, and upon release the lens will pop out and you are ready to shoot your photos within 2 to 3 seconds.

There is a huge list of camera modes on this device, much larger than on any other Samsung device out there. The usual modes from other Galaxy devices are naturally present here (HDR, Panorama etc.)  A lot of these special modes are for special conditions, with options such as Rainy Day and other similar conditions. There are around 90 modes to choose from, and all of them can be found in an app called Pro Suggest.

For difficult dynamic scenarios the K zoom has a unique feature – you can manually focus by tapping the screen and then place the exposure on another part of the subject you are trying to capture. For the selfie addicts among us, Samsung has added quite a few things – you can snap a selfie with a mode called Selfie Alarm, which lets you shoot a selfie with the back camera by automatically locking on to your face. An alarm then goes off and the device takes three photos, from which you can choose the best one and discard the rest.

The automatic mode is the mode we all are going to use the most so I will discuss that one here. Pictures on auto mode turn out quite great, with good color representation and a white balance that is close to reality in most situations. We have to say these photos aren’t better than, let’s say, the Galaxy S5’s. In low-light conditions, the colors are not that great, but it’s overall a good camera experience.

Here are some photo samples: 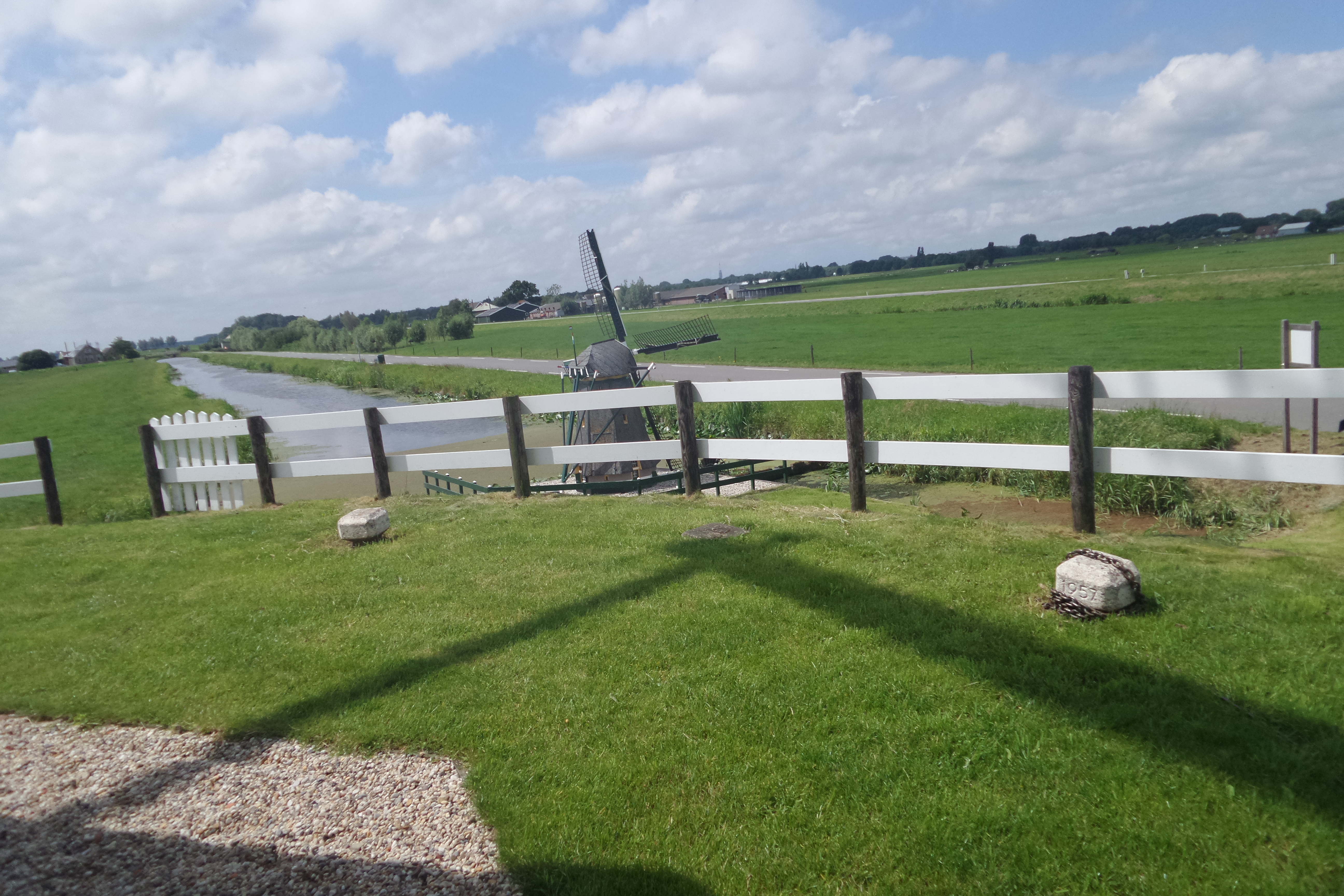 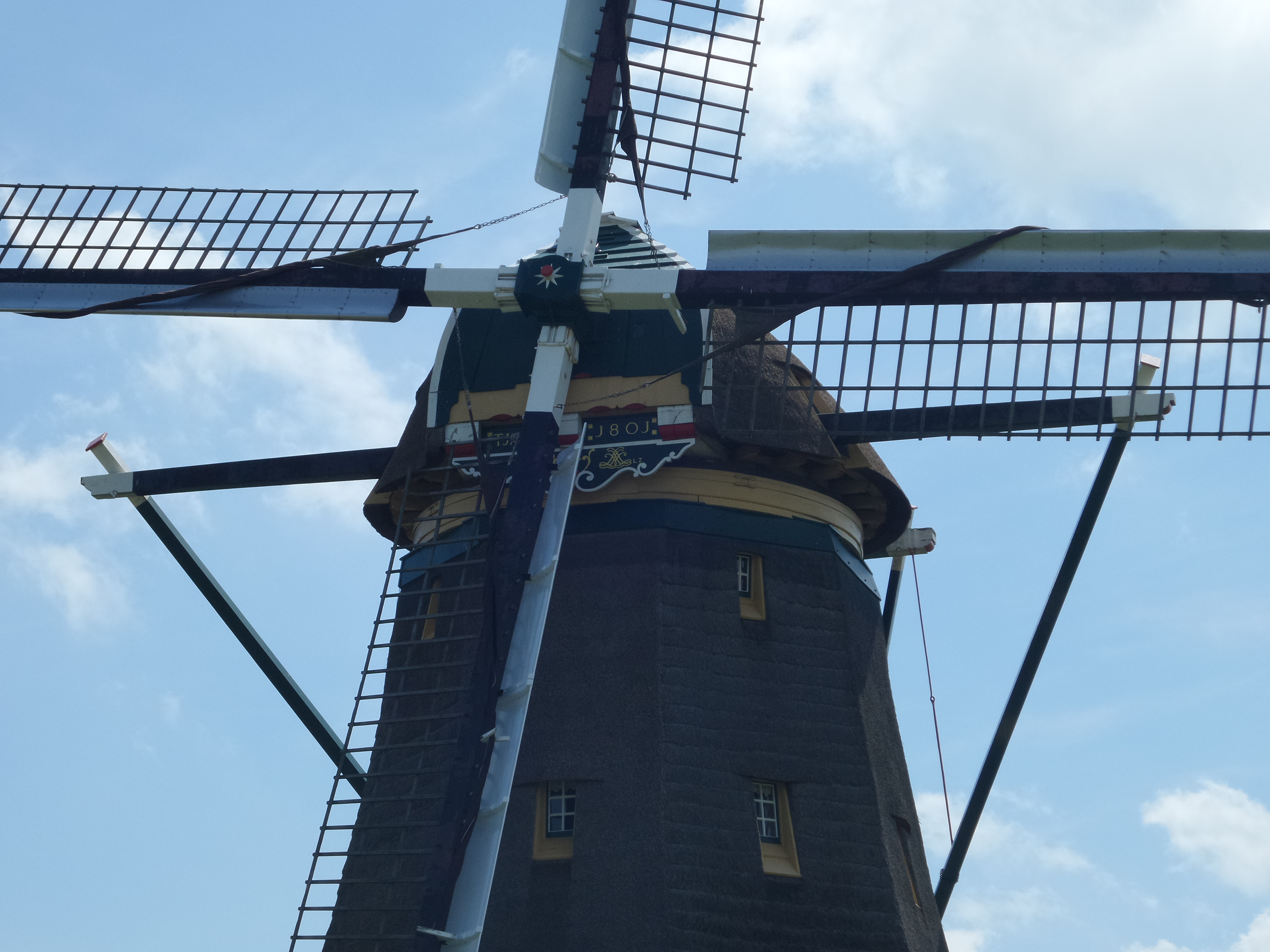 The Camcorder doesn’t shoot 4K videos which is a bummer, especially when you consider a lot of the flagship phones have this feature nowadays. In Full HD it can shoot videos at 60 frames per second, which results in extremely fluid videos. It reproduces very accurate colors and never skips any frames. Autofocus is quick, and adjustments to the exposure are very speedy as well. In terms of sound, the output is quite clear, partly because of the two noise cancelling microphones on the device.

Samsung has installed an app on the K zoom called S Studio, which offers a lot of extra editing options for your stored pictures and videos. You can also make collages and slideshows on the device itself. Samsung also introduced a dedicated Vine app for the K zoom – this app shows a zoom slider on the right of the screen, and allows you to make much better vines than other devices.

The K zoom uses a 2,430 mAh battery , which we were skeptical about at first. But it held up very nicely, with around 6 hours of screen time on Wi-Fi, though that reduces when you take too many photos. But overall, there is no need to worry about the battery life, as it has been taken care of very nicely.

The Galaxy K zoom is a worthy successor to the Galaxy S4 zoom. Its design is much better, and although it is still large and heavy, the size and weight are bearable this time around. The weight is evenly distributed and you will never get the feeling that the phone will tip over and slide out of your hands. Of course, knowing that you have 10x optical zoom and a 20 MP camera is also a saving grace for many people when it comes to the K zoom’s size and weight.

The Galaxy K zoom can do almost everything a normal point and shoot camera can do, but has phone features as well. It can record 60 fps 1080p videos, takes great pictures, and has optical image stabilization, making it among the best phones to shoot videos. So, if you’re a photo-taking enthusiast and don’t want to carry a phone and a point and shoot camera separately at the same time, the Galaxy K zoom is the perfect option for you. It costs around €499, making it a fair deal when you consider than a standard 20-megapixel point and shoot will set you back by around €260, while the phone part will cost €240.