The Galaxy Tab S itself wasn’t the only thing Samsung was beaming about at its Galaxy Premiere 2014 event. The company was also proud to show its new accessories for the AMOLED display-toting tablets, introducing a new Book Cover, Simple Cover, and a Bluetooth Keyboard with special keys for Android/Galaxy-specific features. Like the tablets, we managed to play around with these accessories, and here’s what we found.

The most interesting accessory here is the Book Cover. Unlike previous Samsung cases, the Book Cover can fold up into three different angles. There’s the viewing mode, which makes the tablet stand at a 45 degree angle for watching movies. Then there’s Touch Mode, while keeps the top of the tablet a bit lower than in viewing mode, making it perfect for using the tablet normally or for reading something on the screen. The last mode is Typing Mode – this is akin to the tablet being almost parallel to your lap or a table, and as the name suggests, will let you type on the device comfortably.

While we can’t say how the actual experience of using the Book Cover will be, what we can confirm is the high quality of the cover. It feels solidly built and fits pretty well on the Galaxy Tab S, and the cover feels stable in all the three modes. Again, how the cover holds up in real-life usage remains to be seen, but it does seem to be rather useful and works as intended. The fact that it also features the dotted stitched pattern like the back of the Galaxy Tab S itself, it also felt good to hold in the hand, while giving it a premium feel.

The Simple Cover, like the name suggests, is a simple case for the tablet (it’s so simple we don’t see why it even needed a proper title) that fits on the back and offers a flap on the front. It’s like any other case that you can pick up off the market, though it’s pretty thin and has the same stitch and dot design as the book cover and the tablets, which means it’s more ergonomic than many of the cases that will show up later on from third-party companies. 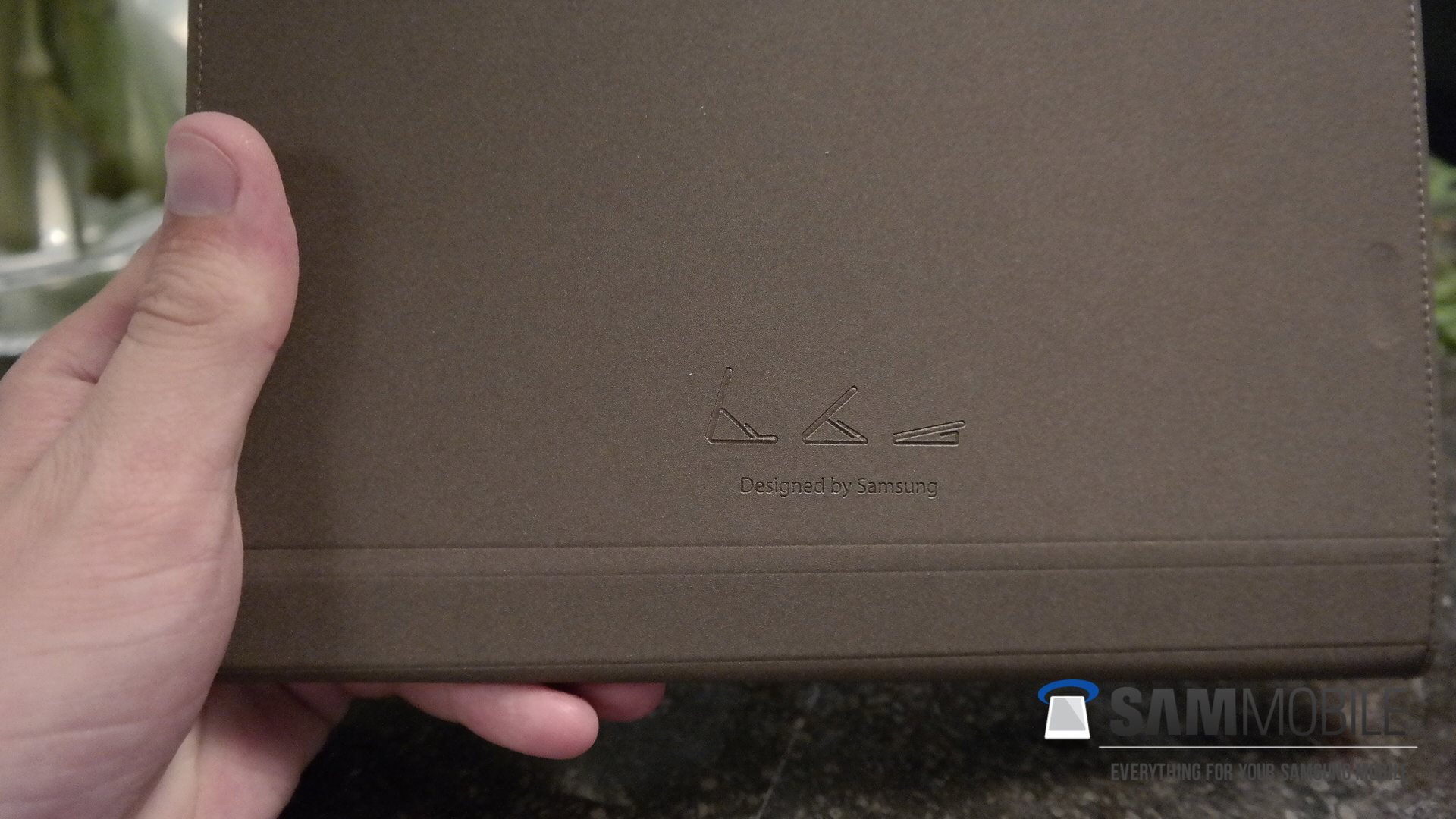 The final accessory unveiled by Samsung is the Bluetooth Keyboard. The keyboard is specifically designed for the 10.5-inch variant (though there is nothing stopping you from pairing it with the 8.4-inch variant) – the keys felt nice to the touch and responded well, and for anyone who has used Samsung’s Series 9 Ultrabooks, the keyboard will feel quite familiar.

What makes it stand out, however, is its dedicated keys for launching various functions on the tablet. There’s a key for Multi-Window, S Finder and for taking screenshots, and they will surely come in pretty handy for those who do use the aforementioned features often. The keyboard is pretty slim and, like the covers, has the perforated texture on the back, though it’s less useful here considering you will never hold the keyboard in hand like you would hold the tablet. 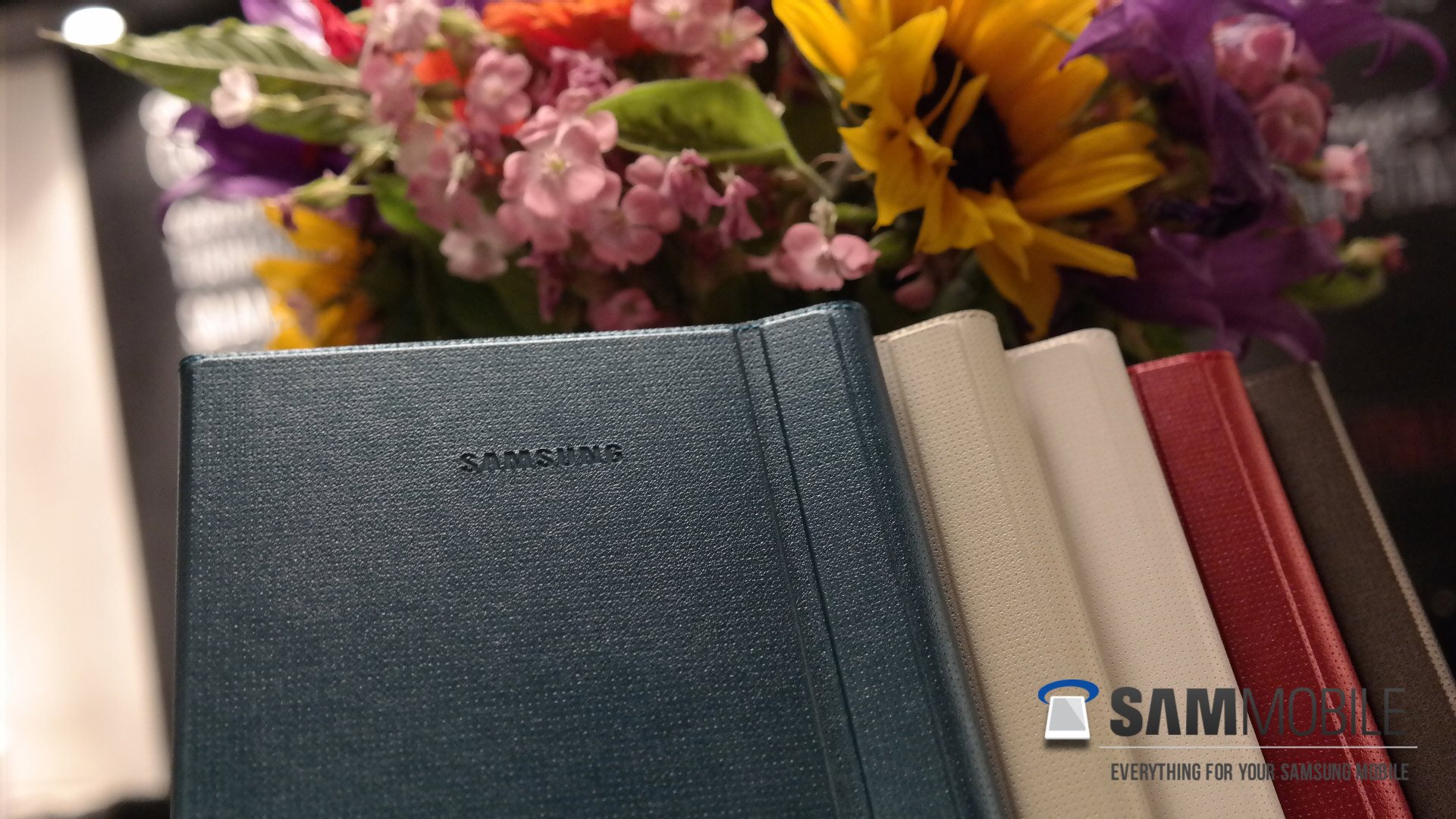 Overall, the covers and keyboard are pretty well made accessories, and things like a design similar to the Galaxy Tab S tablets and the multiple color options act as a bonus. All three felt good to use in the short time we had access to them, and if Samsung manages to price them right (they probably won’t be, considering the company’s track record), they might actually be the only accessories you need.