Samsung has managed to create what it says is the world’s slimmest & lightest interchangeable lens camera with the NX mini, but according to a patent filing uncovered by The Wall Street Journal suggests the Korean manufacturer has even higher aspirations for its camera lineup. According to the patent filing, Samsung is working on a digital camera with a wide transparent display that “allows the person taking the photo and the subject of the photo-shoot to look at each other and have direct eye-contact for photo shooting”, with the display on one side and the lens, flash, power button and other controls on the other.

Tradition dictates that concepts in patent filings don’t always come to fruition in the form of actual consumer products, so the transparent display camera might never make it to market or be considerably different than the concept shown. There’s little reason why the subject of the photo and the photo taker will want to look at each other directly instead of the latter looking at the subject through the display’s viewfinder, but I’m sure Samsung will have a good explanation if the camera ever makes it to market. 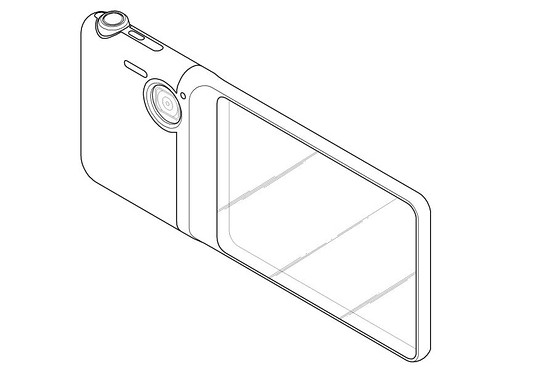