The Galaxy S4 and Galaxy Note 3 might have sold in the millions, but it was the Galaxy S III that gave Samsung its most acclaimed sales numbers, and it shows. According to the latest data Chitika about the advertising they served to Samsung devices during the month of December, the Galaxy S III accounted for 33.9 percent of mobile web traffic among Samsung smartphones, with the Galaxy S4 coming in at the second position at 23.8 percent (even the original Galaxy S made the cut with a 1.9 percent share.)

The numbers also reveal that while the Galaxy Note series is immensely popular in Samsung’s home country, they aren’t anywhere near as famous stateside, with all three Galaxy Notes accounting for a total of 13.3 percent. Another interesting nugget is that it’s not the 7-inch models that rule the roost in the tablet market, at least when it comes to Samsung slates, as the company’s 10.1-inch tablets drove over 53 percent of web traffic, followed by the 7-inch tabs at 40 percent. Meanwhile, 10 percent of traffic came from non-Android Samsung devices, including a few Windows Phones and non-smart feature phones. 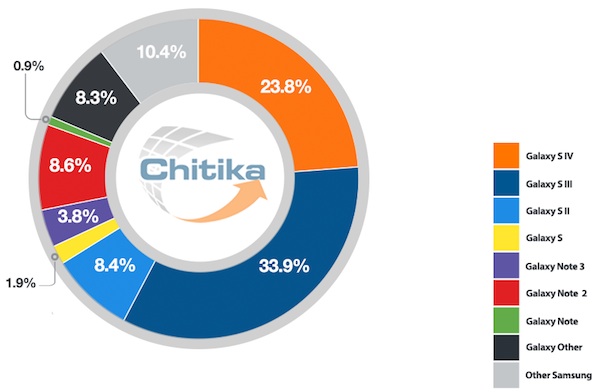 What can you take away from this? Well, the fact that the Galaxy S III is likely the most successful Samsung smartphone till date, and, as Android Beat notes, this makes the Galaxy S5 a really important device as people will be upgrading to it from their S III’s as their two-year contracts end. Given Samsung’s recent statements about the company going back to the drawing board for their next flagship (and its impressive specs), it looks like those upgraders will be extremely happy, a feeling that probably didn’t come too easily to some of those who upgraded to the Galaxy S4 from the S III. 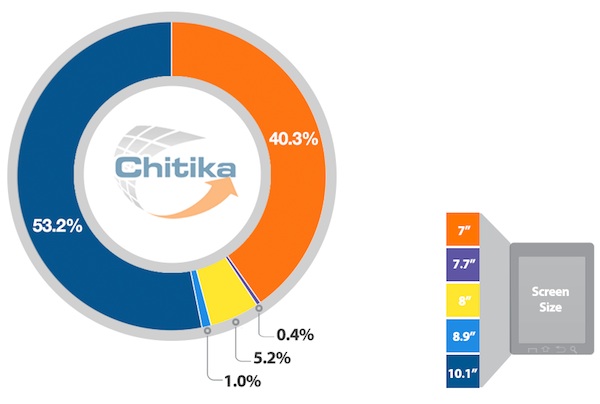