Have you ever been on a long ride on your bicycle and hoped that there was an easy way to be able to access your phone, and perhaps charge it while on the go? Well, if you have, then Samsung has just the solution for you. Well, at least in prototype form at the moment. The Korean manufacturer has teamed up with Trek Bikes and created a prototype bike that comes with a dock for the Galaxy Note 3 right between the handlebars. In addition to charging the phablet, the bike also connects with the device to display information such as a rider’s vitals, speed, distance, and other such data, turning it into a fitness tracker of sorts.

Of course, thanks to the dock, you can also use the Maps application for finding your way, and basically control all functions without having to stopover, such as changing music tracks. Samsung says the prototype is far from a final design, so it could be a few months or even years before bikes like these hit the market, but it’s an interesting look at where Samsung is thinking of taking device integration. 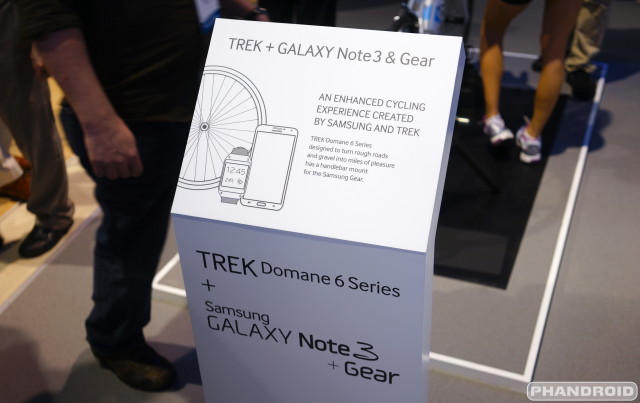 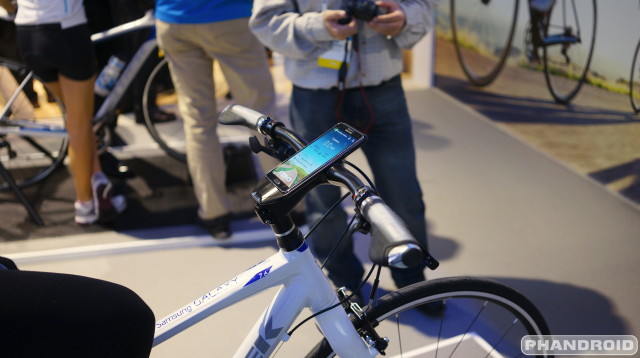