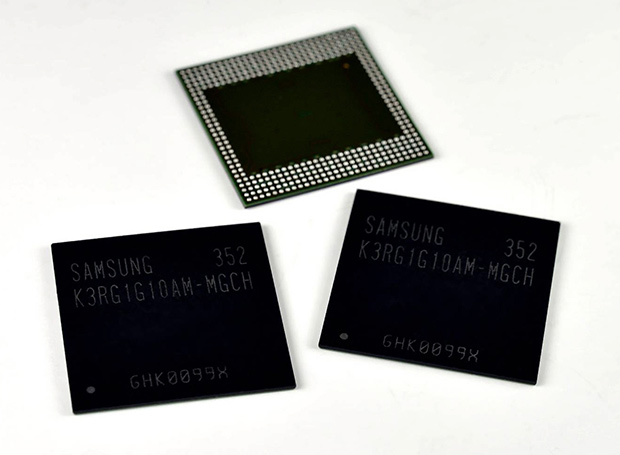 Samsung announced today that it has developed the world’s first 8Gb (1GB) LPDDR4 RAM for mobile devices, and now a report out of the Korean media says the first device to use the 4GB of RAM will be none other than the Galaxy S5, Samsung’s anticipated fifth-generation Galaxy S flagship. According to ZDNet Korea, Samsung will begin production of the new LPDDR4 chip sometime in early 2014, so it’s totally possible that things will be ready in time for the Galaxy S5, though that would push the device’s launch to sometime in the second quarter rather than the first as has been rumored. However, the 4 gigabytes of RAM would mean that the 64-bit processor that will power the Galaxy S5 will actually be put to good use, though we’ll hope Samsung doesn’t counteract the advantages of the increased RAM by adding more bloat.