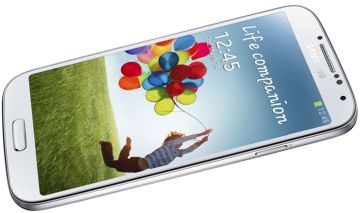 The recent rumor about Samsung officially announcing the Galaxy S5 in January may or may not turn out to be correct, but the reasoning behind the rumor – less than expected sales of the Galaxy S4 – might have some truth to it. According to Hong-Kong analytic firm Counterpoint Research, Samsung saw a drop in the Galaxy S4’s sales to around 5 million in August, down from a peak of 7 million in June. The device was still the best-selling smartphone for the month, but it didn’t do as well as it did in the previous months.

According to the report, the Galaxy S4 outsold the iPhone 5, though since the iPhone 5 is counted as two separated devices for the 16 and 32GB variants, which come in at the second and third position, Samsung might not have done that well with its current flagship. However, making up for the lost sales of the S4 were Samsung’s cheaper devices, like the Galaxy S3, S3 mini, and S4 mini, as while the high-end market growth has slowed, the low-end and mid-range part of the market continues to grow at a rapid pace.