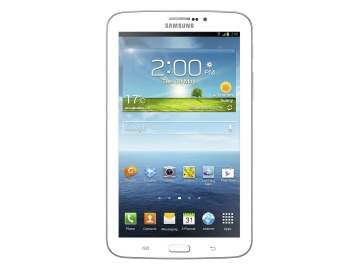 According to the leaked benchmark the Galaxy Tab 3 8.0 is equipped with an 8-inch WXVGA (1280 x 800) display. The tablet is powered by a dual-core 1,5Ghz Exynos 4412 processor, 2GB RAM, 4500mAh battery and an ARM Mali-400 GPU. We now also know that it runs on Android 4.2.2 Jelly Bean with Samsungs own TouchWiz interface. Other rumors can’t yet be confirmed, but we are expecting that this new Galaxy Tab 3 model will be announced shortly.

At the beginning of the year we already received information that the 8-inch Galaxy Tab 3 model will feature an 3-megapixel camera on the back with a 1.3-megapixel front-facing camera. It will measure 209,6 x 112,1 x 6,95mm and weighs around 330 grams, which makes it slightly heavier than the 7,9-inch iPad Mini from Apple.