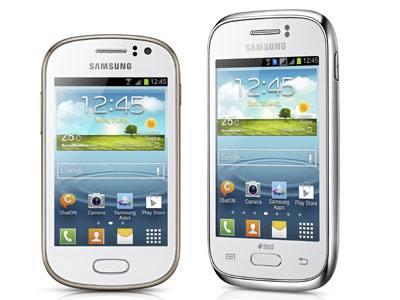 Samsung
The Samsung Galaxy Fame is a stylish device coupled with a sophisticated, simple and powerful user experience. With a 5 megapixel camera, users can capture precious everyday moments. It comes with Bluetooth® 4.0, allowing for the Galaxy Fame to instantly share information with other Bluetooth enabled devices. Also equipped with NFC, the Galaxy Fame allows easy sharing via S Beam with other Samsung smartphones by simply touching two different devices’ backs.

We expect Samsung to showcase the Galaxy Fame at Mobile World Congress 2013 in Barcelona. SamMobile will be live in Barcelona and we will make some hands-on.